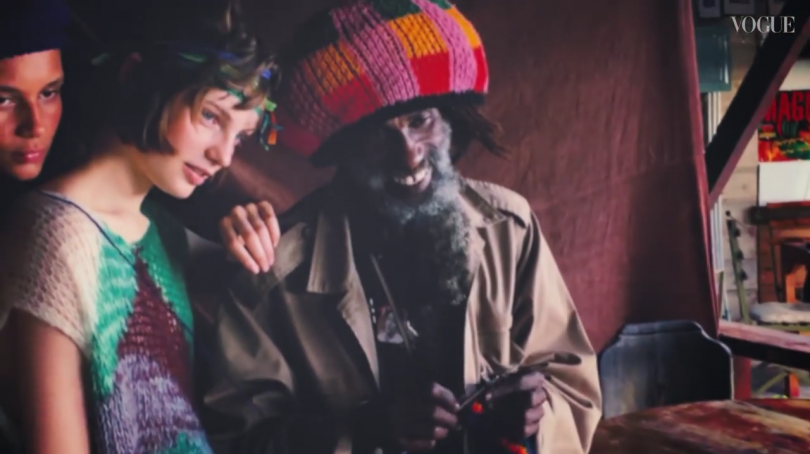 The June issue of British Vogue will feature supermodels Binx Walton, Fran Summers and Adut Akech on a trip to Jamaica with videographers Tim Walker and Kate Phelan to discover the unique delights of the island nation. A video is posted on the magazine’s website to announce the June feature and to give a taste of the magic ambiance of the tropical locale. The captivating and colorful story of “Jamaican Rhapsody” offers photographs of the models with some of the most famous personalities in Kingston, including writers, poets, and musicians. It also puts a spotlight on the “Gully Queens,” who took their name from the storm drains they were forced to live in as members of Jamaica’s homeless LGBTQ community. Supermodel Binx Walton, 20, has become the face of numerous well-known fashion brands like Tom Ford, Céline, Saint Laurent, Alexander Wang, and is one of the most recognizable models on the catwalk. She is known for her independence and wants to use her life journey to show others that there are many ways “to play the game.” 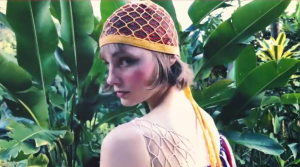 Fran Summers is a favorite of the spring/summer 2018 fashion season. Born in Yorkshire, England, Summers, 18, was spotted at JW Anderson’s London Fashion Week show, and in Milan where she modeled for Prada. In Paris, Summers walked for the fashion houses of Saint Laurent, Loewe, Céline, Miu Miu and Louis Vuitton. Adut Akech, 19, was born in South Sudan and made her debut on the runway during Fashion Week as an exclusive at the Saint Laurent S/S 17 show. The Sudanese-Australian model was raised in Kenya and at age seven moved with her mother to Australia. She began her career in the fashion industry at the age of 15, although she had been scouted by several local modeling agencies when she was 13 and 14. She signed with Chadwick Models in Sydney at 16. She has been called a “supernova” and not just a star among new fashion industry models. The “Jamaican Rhapsody” makers gave special thanks to Island Outpost and GoldenEye.