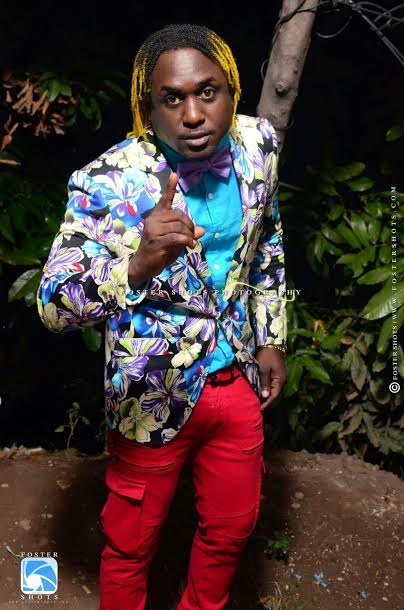 Dancehall Lyricist Wasp has re-energized his Hip Hip persona with a brand new rap freestyle single on the popular Bad and Bougee riddim. The single,‘New Gyal’, is the first release for Wasp in 2017 and can be considered a follow up to his 2014 hit ‘Tek Whey Bwoy Gyal’.

With an extremely potent lyrical flow; Wasp said the New Year brings everything new for him as well, even when it comes to the females and knows that hip hop freestyles give him the opportunity to say a lot more than on some dancehall beats.

“I’m definitely a Dancehall artiste first and I know that no one has a flow like Wasp, on the hip hop beat though, I get to be more unorthodox. No one knows what I’m going to say because I’m a lyrist by nature, so in the ‘New Gyal’ freestyle I get to show my versatility ” Wasp shared

The single, produced by Jovi DIpree and ZJ Chrome, has been gaining momentum since its release earlier this month and already Wasp is certain it will garner the same success or more so than its 2014 predecessor. Wasp also mentions a few popular females in the single including stage show boss Spice and Dancehall newcomer Shensea, mentions he declares should only be taken as compliments.

“I’m just being creative so no one should be offended by me calling their names because it’s just showing some popular females love and support. Their men shouldn’t get offended either once they are secure in themselves” Wasp added

Wasp has other recently singles also making waves locally including ‘Hard at Dem’ produced by Notnice records, he also looks forward to the release of Notnice’s Kingston City project on which he has recorded the title track.