“We went to a viewpoint to see snowy Mt. Fuji.” – Jamaicans Love to Travel - Jamaicans.com

April 2000 was a good time to see the cherry blossoms (sakuras) in full bloom. We landed at Narita International Airport in Tokyo, Japan and were greeted by lots of them. 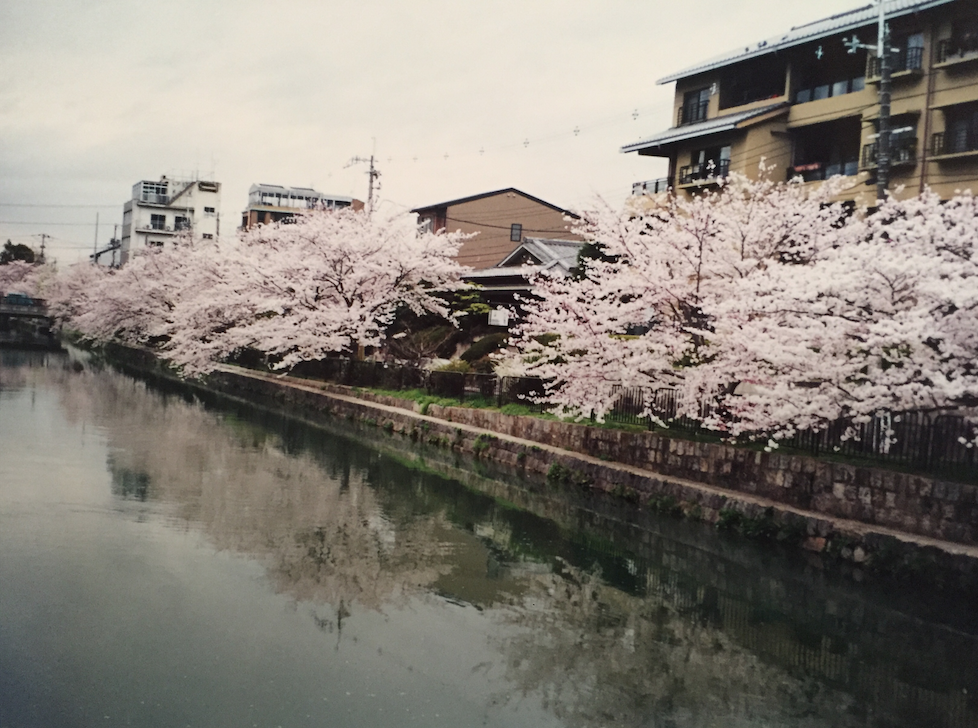 Cherry blossoms along the river.

We visited many shrines such as Meiji shrine located in Shibuya, temples (Kiyomizi and Todai-ji), the Imperial Palace, Osaka Castle, the Toyota Museum, Mega Web theme park in Odaiba, and Nara Deer Park. We also visited the Nishijin Textile Center in Anabuki and watched a fashion show of different styles of kimonos.

However, none of these sights were more interesting than watching little girls at a nursery school waiting to be picked up.

I found jelly coconuts on the busy streets in Chinatown, Yokohama, and could not resist.  Though it was not as good as the ones in Jamaica, it was good enough. 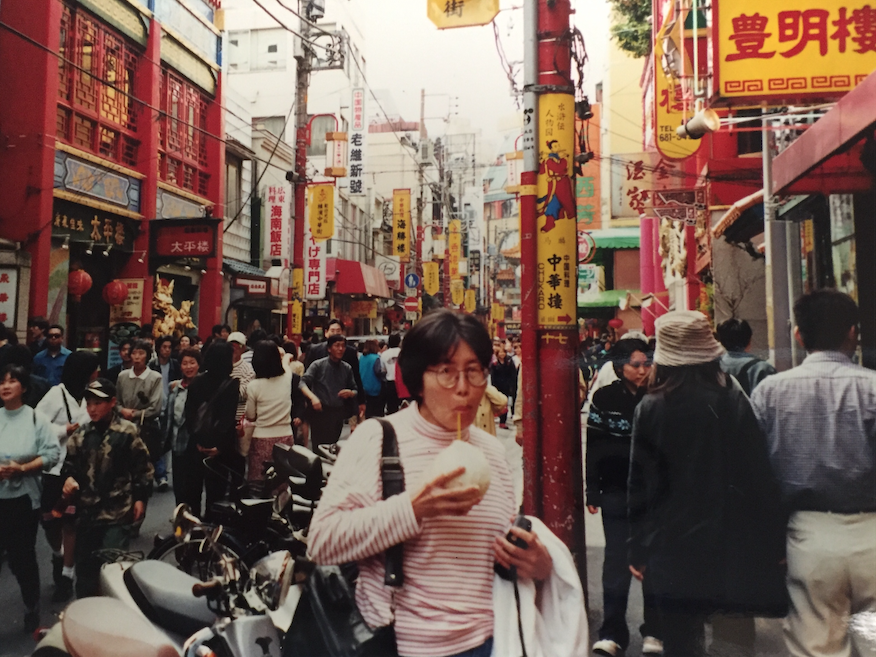 Cherry having a coconut in Chinatown, Yokohama.

There were 12” char siu baos for sale.

Food was very expensive. For example, cantaloupes imported from California were 2500 yens which was US$25 each. We had lunch Japanese style in Hamamatsu, where we ate on low tables and sat on cushions on the floor. It was easy to get down but hard to get up. I did not eat the noodles there as they reminded me of earthworms.

We went to a viewpoint to see snowy Mt. Fuji and stayed in Shizouka where we slept on tatami mats. The mats were surprisingly very comfortable. We went to dinner in our kimonos and I went to a hot spring bath (onsen) with 15 other women, which was a very interesting experience. 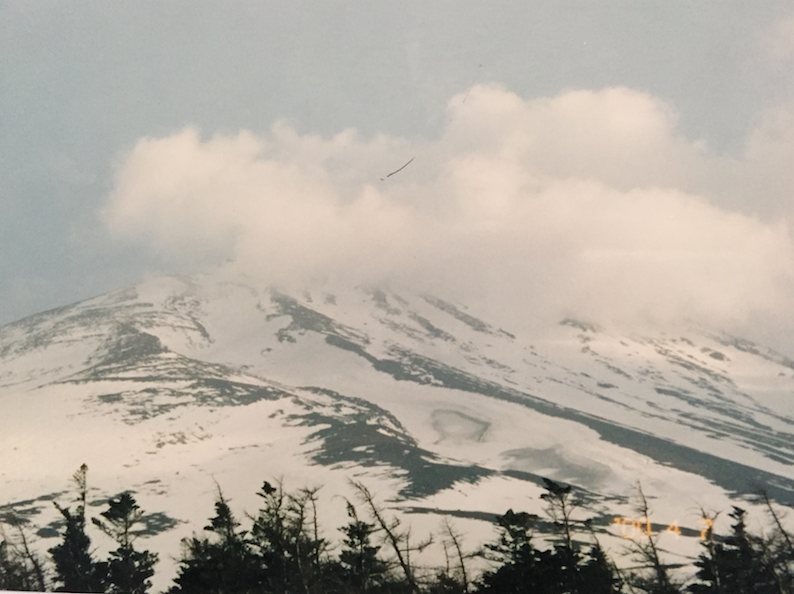 We went to Lake Ashi (a crater lake) and opted to walk around rather than take a pirate ship tour.

Lake Ashi with a “pirate ship in the background.

We visited Owakudani volcanic valley where they boil eggs in the bubbling lava pools. The black-shelled eggs were said to be longevity-enhancing. I did not enjoy the sulfurous smell, neither did I eat the egg given to me but gave it away instead. As of July 1, 2019, “Due to an increased possibility of an eruption, a no-entry zone is currently maintained around the Owakudani area.” Sadly, no more tours are allowed in that area. 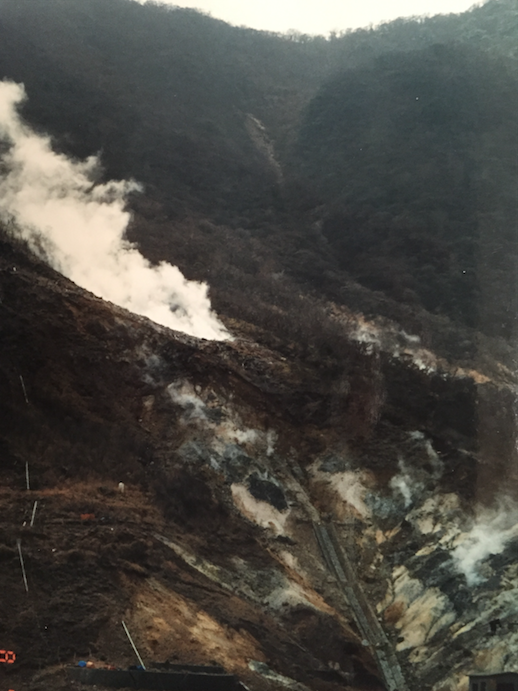 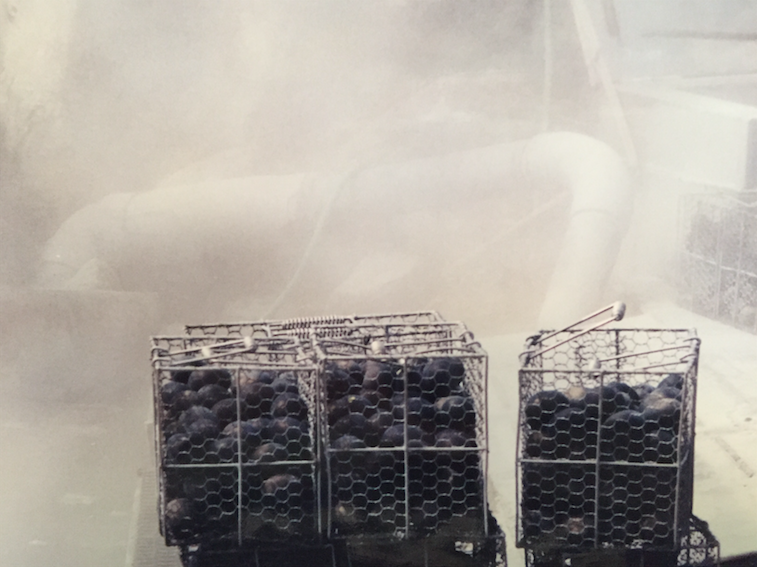 In Kobe, damaged remains of the Great Hanshin earthquake (or Kobe 6.9 Earthquake) that occurred on January 17, 1995, were still there. This is at the Port of Kobe. 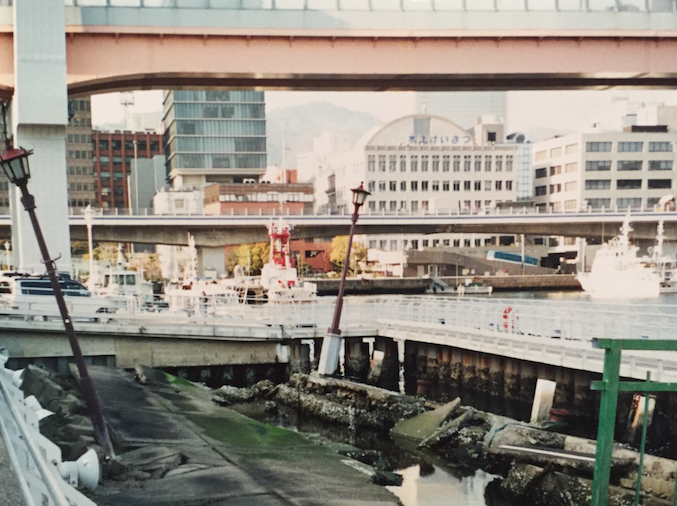 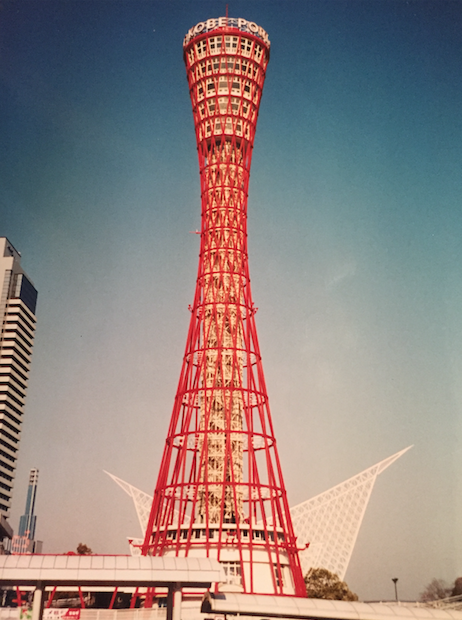 The trip would not have been complete without a trip to the Hakutsuro Sake factory to see how sake is made.

I recommend going to Japan during cherry blossom season, trying a hot spring bath, sleeping on a tatami mat, and visiting Kobe.