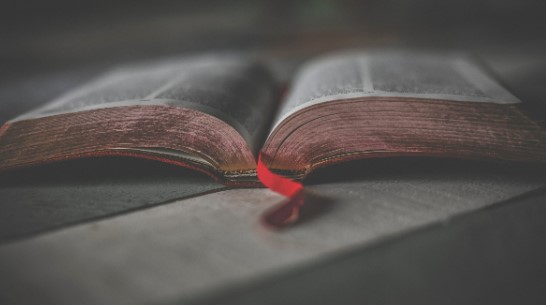 Ananias and Sapphira were members of the church. According to the narrative, they owned a piece of property that they sold, the proceeds from which would go to the church.  However, Ananias, “with his wife’s full knowledge . . . kept back part of the money for himself, but brought the rest and put it at the apostles’ feet” (Acts 5:2, NIV). Peter, being full of the Holy Spirit (Acts 2:1-4), had a word of knowledge of the deception and challenged Ananias and his piety. Nobody had forced him to sell his land nor was he obligated to give any of the proceeds to the church. Having decided to keep part for himself and having brought the rest as if it was the whole, he had lied not only to the apostles and those present but to God (Acts 5:4). Luke writes, “When Ananias heard this, he fell down and died. And great fear seized all who heard what had happened” (v. 5).

Three hours later, Sapphira came to the temple at which time Peter had only one question for her: “Tell me, is this the price you and Ananias got for the land?” and without missing a beat she said, “Yes . . . that is the price” (vv. 7, 8). The narrative continues, “Peter said to her, ‘How could you conspire to test the Spirit of the Lord? Listen! The feet of the men who buried your husband are at the door, and they will carry you out also.’ Then the young men came in and, finding her dead, carried her out and buried her beside her husband” (vv. 9-10). Such a demonstration of God’s power! It is no wonder “great fear seized the whole church and all who heard about these events” (v. 11).

A couple of things are worth noting: 1) Ananias’ sin did not happen when he went to the temple. He sinned the moment he decided to keep back some of the money and pretend the remainder was the full price from the sale; 2) Sapphira’s sin did not happen when she lied to Peter. The sin was when she purposed in her heart to agree and did agree with her husband in the deception. In doing so, she enabled his behaviour.  Their actions were the outward manifestation of what was already decided in their hearts. As James reminds us, “Each person is tempted when they are dragged away by their own evil desire and enticed. Then, after desire has conceived [in the heart], it gives birth to sin; and sin, when it is full-grown, gives birth to death” (James 1:14-15).

Two reminders we can take away from this lesson: 1) we are individually responsible and accountable for our actions. Instead of agreeing with Ananias and lying when asked, Sapphira had two occasions when she could have removed herself from the deceit and possibly save herself; 2) we cannot blindly go along with what we know to be wrong, even if the other person involved happens to be a spouse. You cannot change another person’s behaviour, but you are responsible for your own. German-Dutch theologian Thomas à Kempis (1380-1471) puts it this way, “You do not need to answer for others, only for yourself.” In situations where decisions must be made, you and I get to choose; each decision carrying its own consequence one way or another. A look at the graves of this couple, side-by-side in death as they were in the deception, should serve as a reminder. Choose wisely.