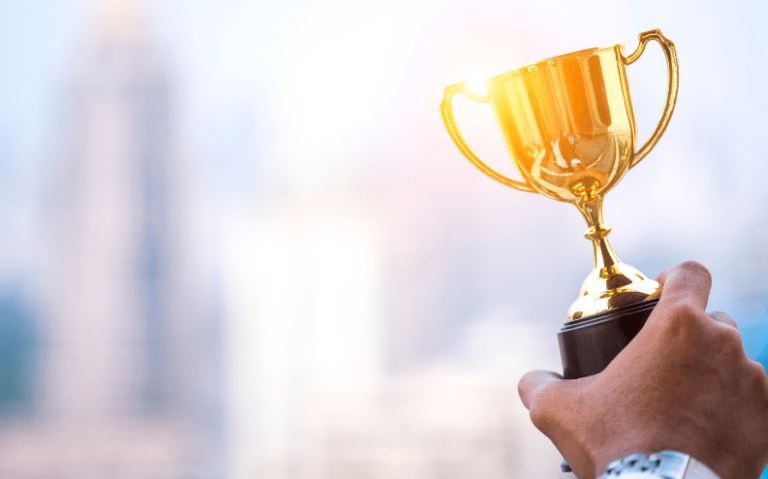 The day’s motivational quote was from motivational speaker Zig Ziglar and I thought it was profound: “You were born to win, but to be a winner you must plan to win, prepare to win, and expect to win.”  What stood out for me was the lack of passivity despite being born to win.  In other words, though we may be born to win, winning could not be taken for granted.  It was not going to happen without planning, preparation, and expectancy on our part.  We are active participants in the process to realize our expected end; we must do something.

These thoughts came to mind as I reflected on God’s promise to the Israelites as they made their way across the wilderness: “Look, I have set the land [of the Canaanites] before you; go in and take possession of the land which the Lord swore (solemnly promised) to your fathers, to Abraham, to Isaac, and to Jacob, to give to them and to their descendants after them” (Deuteronomy 1:8, AMP).  Notice that although the land was given to them, they could not just sit by the river Euphrates holding hands and expect the promise to come to pass.  The instruction was clear – “go in and take possession.”  That would involve planning, preparation, and expectations of winning because God was on their side.  As we know, there were a number of wars along the way to claiming the promise, but God kept His word.  Just because we have a promise from God doesn’t mean the road to the promise will be easy, nor does it mean we do not have a part to play.  It starts with having a winning mindset.

As Christians, it is not uncommon for us to use and fall back on religious cliches – “I am a conqueror!” “I am a warrior!” “If I hold my peace, God will fight my battles!” and such the like.  Well, how does one conquer? What do warriors do?  Christian warriors know that we are engaged in spiritual warfare (Ephesians 6:12), one that requires us to have our spiritual weapon in our right hand even as we go about our daily lives.  Bible teacher Warren W. Wiersbe was right when he said, “The Christian life is not a playground; it is a battleground.”  Yes, we are promised the victory but we were never promised there would be no battles.  For there to be a victor there must be a vanquished and often times that require our planning to win, preparing to win, and expecting to win.  Believe me, the enemy of our souls is doing the same thing as it pertains to you and me.  He consistently plans and prepares strategies to steal, kill, and destroy (John 10:10).  It is no wonder Peter exhorts believers everywhere, “Be sober [well balanced and self-disciplined], be alert and cautious at all times. That enemy of yours, the devil, prowls around like a roaring lion [fiercely hungry], seeking someone to devour.  But resist him, be firm in your faith [against his attack—rooted, established, immovable] ” (1 Peter 5:8-9a).   Again, the winning mindset; doing what it takes to win and expecting to win!

To resist is to oppose or offer resistance through actions or words, and so to “resist. . . his attack” is never a passive exercise.  Battles are not won sitting on our hands and waiting for God to move the enemy out of our way.  More times than not we must engage the enemy, not in our own strength and resources, but as David said to Goliath, “You come to me with a sword, a spear, and a javelin, but I come to you in the name of the Lord of hosts, the God of the armies of Israel, whom you have taunted.  This day the Lord will hand you over to me, and I will strike you down and cut off your head.  And I will give the corpses of the army of the Philistines this day to the birds of the sky and the wild beasts of the earth, so that all the earth may know that there is a God in Israel” (1 Samuel 17:45-46).  Despite his confidence in God, David also had a slingshot and five stones!  Goliath was not killed by a lightning bolt from heaven, but by a stone from David’s sling.  David planned to win, prepared to win, and expected to win.  What is your mindset as you get ready to claim what God has promised you?