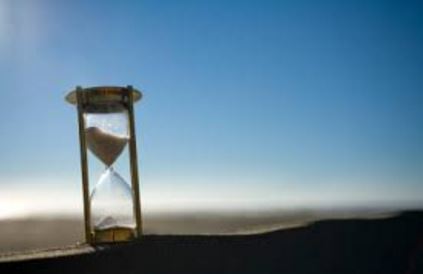 When Jesus received news of Lazarus’ illness, John was careful to note that “Jesus loved Martha and her sister and Lazarus, but oddly, when he heard that Lazarus was sick, he stayed on where he was for two more days” (11:5-6, The Message). Finally declaring Lazarus to be dead, He then proceeded with His disciples to Bethany “only a couple of miles away” – exactly fifteen furlongs (v.18, KJV) or approximately two miles – but somehow by the time Jesus got there, Lazarus had already been buried for four days! Jesus’ delay seem orchestrated for a reason. Earlier He had said, “This sickness is not unto death, but for the glory of God, that the Son of God might be glorified thereby” (v.4), and again when Martha pointed out why the stone could not be moved from the grave, He reminded her, “Said I not unto thee, that, if thou wouldest believe, thou shouldest see the glory of God?” (v.40).
Obviously, Jesus’ delay was deliberate, as was John’s emphasis on the four days Lazarus was dead, but why was this significant? Back in the day the rabbis taught that resurrection of the dead was only possible within the first three days after death, and it was only the Messiah that could resurrect anyone that had been dead longer. Lazarus’ resurrection was for the glory of God and the glorification of the Son, and so as Jesus called he who was dead by name and he came forth from the grave, it would affirm what Martha had confessed of Him,”thou art the Christ, the Son of God, which should come into the world” (v.27).
During the course of His friend’s illness and subsequent death, for those looking on, Jesus was detached. Some even protested, “Could not this man, which opened the eyes of the blind, have caused that even this man should not have died?” (v.37). Little did they know that God had something greater in mind, and for the most part, we are much like them. We look at our individual circumstances and feel that God has fallen asleep on us, or has lost our address, yet nothing could be further from the truth. In every situation He is in control and if we believe, despite the evidence, we too shall see the glory of God. It is important to understand, however, that all of this happens in God’s time. His timing and purposes will not be hindered by our wishes for the immediate. The resurrection of Lazarus would do far more to advance the purposes of God, and the glorification of both the Father and the Son than his healing could.
Be encouraged; nothing is over until God through Christ says it is over. Equally important, He is never late. What we consider late, dead, and buried is His playground, and it is in those situations that His glory is best displayed. Lest we forget, everything is all for His glory. Do you have the faith to trust Him?