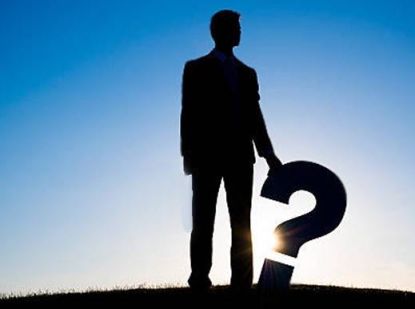 John the Baptizer was not so sure anymore.  It was not that long ago that he was performing baptisms in the River Jordan when “he saw Jesus coming to him and said, ‘Look! The Lamb of God who takes away the sin of the world! This is He on behalf of whom I said, ‘After me comes a Man who has a higher rank than I and has priority over me, for He existed before me.’ I did not recognize Him [as the Messiah]; but I came baptizing in water so that He would be [publicly] revealed to Israel'” (John 1:29-31, Amplified).  The narrative continues, “John gave [further] evidence [testifying officially for the record, with validity and relevance], saying, ‘I have seen the Spirit descending as a dove out of heaven, and He remained upon Him.  I did not recognize Him [as the Messiah], but He who sent me to baptize in water said to me, ‘He upon whom you see the Spirit descend and remain, this One is He who baptizes with the Holy Spirit.’ I myself have [actually] seen [that happen], and my testimony is that this is the Son of God!'” (vv. 32-34).

However, sometime later Matthew gives us another picture of John; this time not so confident, not so sure.  He was now in prison, having been sent there by Herod Antipas (Matthew 14:1-4).  Some of those who followed him had come to visit him, but there was no sign of Jesus.  Surely He must have known; someone would have told Him.  Better yet, they were family; they were cousins! Yet Jesus had not visited.  He had made no effort to have him freed but had simply continued His ministry.  Not only that, what about the kingdom?  Wasn’t He going to deliver them from the Romans and establish the kingdom of God?  According to Matthew, “When John [the Baptist] in prison heard about the activities of Christ, he sent word by his disciples and asked Him, ‘Are You the Expected One (the Messiah), or should we look for someone else [who will be the promised One]?’ (Matthew 11:2-3).  Jesus responded with an interesting choice of words, “Go and report to John what you hear and see:  the blind receive [their] sight and the lame walk, the lepers are cleansed [by healing] and the deaf hear, the dead are raised, and the poor have the gospel preached to them. And blessed [joyful, favored by God] is he who does not take offense at Me [accepting Me as the Messiah and trusting confidently in My message of salvation]'” (vv. 4-6).

It was not by accident that Jesus sent that specific message back to John.  In Jewish tradition, the miracles He mentioned all pointed to the One who was the Messiah.  In addition, John would have recognized the prophecy of Isaiah in those words; words that Jesus would repeat and lay claim to over 700 years later in the synagogue.  Jesus was saying, “The works I do speak for Me; they tell who I am” (see John 5:30-37).  But knowing the source from which John’s question came, Jesus’ last words to John were also pointed, “And blessed [joyful, favored by God] is he who does not take offense at Me [accepting Me as the Messiah and trusting confidently in My message of salvation].”  Why would they take offense? Primarily because many Jews at the time expected a temporal deliverer; one who would deliver them from the oppression of the Romans, exact revenge on the oppressors in true military style, and build the promised kingdom. Contrary to their expectations, Jesus did not look like the promised Messiah and His actions gave no indication He was going to do as they expected. However, from Jesus’ perspective, those familiar with the Scriptures would recognize and know Him by His works. He had previously told them, “You search and keep on searching and examining the Scriptures because you think that in them you have eternal life; and yet it is those [very Scriptures] that testify about Me; so that you may have life” (John 5:39).

When John received the message, he would have also noticed that Jesus did not include Isaiah’s phrase “proclaim liberty to the captives.” John would not be freed, but he could rest assured Jesus was indeed the Messiah.  Unmet expectations often result in doubt and confusion in our minds.  For John, it provoked the question, “Are you the expected one or should we look for someone else?”  It is instructive that John’s doubts surfaced in part because of what Jesus had not done and there was no indication He was going to do – fulfill the people’s temporal expectations.  However, Jesus’ message back to John pointed to what He was doing – fulfilling the will of God.  We too are in danger of the same thing.  Has Jesus met all our expectations of Him?  Has He done all we want(ed) or expect(ed) Him to do?  Whether He has or has not, does not change who He is.  It does not change His plan and work in and for our lives.  In John’s doubts, darkness, and pain, Jesus sent him a message of reassurance to encourage and sustain his faith.  In our doubts, darkness, and pain, He can and will do the same for you and me.  We do not need to look for another.  He is who He say He is.