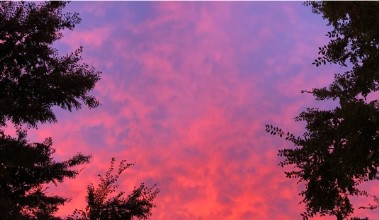 She had promised God and she was determined to keep her promise.  Grateful to Him for blessing her womb after years of barrenness, Hannah handed young Samuel to Eli, the priest, with the words, “I prayed for this child, and the Lord has granted me what I asked of him. So now I give him to the Lord. For his whole life, he will be given over to the Lord” (1 Samuel 1:27-28a, NIV). Samuel was not only asked of and received from God (v.20); now he was being given back to Him.

Remember, prior to God answering her prayers, Hannah longed for children but “the Lord had closed her womb” (1 Samuel 1:5-6). One child would have been enough for her; however, God was not finished.  The narrative continues, “Eli would bless Elkanah and his wife, saying, ‘May the Lord give you children by this woman to take the place of the one she prayed for and gave to the Lord.’ Then they would go home. And the Lord was gracious to Hannah; she gave birth to three sons and two daughters. Meanwhile, the boy Samuel grew up in the presence of the Lord” (1 Samuel 2:20-21). For the act of giving her firstborn to the Lord, she who was barren was “repaid” with interest – five more children!  She went from being seen as a cursed woman to one who was blessed to her “unspeakable advantage!” Oh, the faithfulness of God!

God is no man’s debtor.  As Creator and being all-sufficient within Himself, He is never in debt to anyone. Everything that we have – the house, the car, the finances, the children, and everything else – comes from Him “and we have given you only what comes from your hand” (1 Chronicles 29:13-14). In other words, we are giving back to God what was already His and was always His! However, it is comforting to know that He often rewards those who joyfully give back to Him from what they have been blessed with. And when He does, it is often “with interest” and to our advantage.  Just ask Hannah. Then try it for yourself.