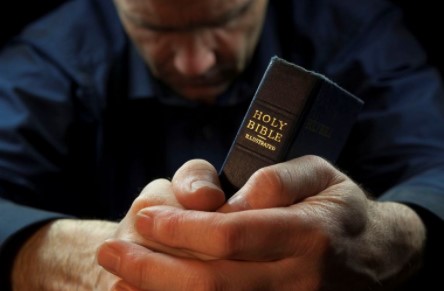 The year was 1998 and there I was sitting in the lobby of a well-known company, a bit early for my scheduled interview. As I was thumbing through a Time magazine, minding my own business, from deep within my being and into my mind came the word of God to Joshua: “Every place that the sole of your foot shall tread upon, that have I given unto you” (Joshua 1:3, KJV). At that moment there was no doubt in my mind that the job I had applied for was mine. It was signed, sealed, and delivered because God had spoken and He cannot lie.  What I did not know was that my faith in God was going to be tested in a way that I would never have imagined.

After four interviews and feeling very confident, I received a call that the company had decided to hire a bilingual person instead. I fully understood the reasons as they were explained to me and had accepted the decision.  However, as I put down the phone, my spirit spoke to my mind, “Are you going to take that for an answer?” I immediately remembered God’s promise and I responded with a verbal “No” as if speaking to someone standing in front of me. I then prayed, “Lord, this was not what you told me. I have no idea how you’re going to fix it, but you’ll have to because you were the one who promised!” For seven days, every day, God heard those words from me. In church speak, I pressed in on what He had spoken. I was claiming the promise.  The following week, I received another call from the company asking if I was still interested in the position. They had in fact hired a bilingual person in the position I previously interviewed for but someone else had just resigned and I was the preferred candidate. I could barely contain my excitement, not only at the offer but more so because God had once again proven Himself faithful. Three interviews later, I signed the job offer.

What promise has God spoken to your heart? What is your level of trust in the Word? The psalmist writes, “O my God, in you I trust; let me not be put to shame … Indeed, none who wait for you shall be put to shame” (Psalm 25:2a, 3a). In Joel 2:27 God reminded Israel through the prophet, “I am the LORD your God, and none else: and my people shall never be ashamed.” The writer to the Hebrews declares, “Let us hold fast the profession of our faith without wavering; (for He is faithful that promised) (Hebrews 10:23). The online Webster-Merriam dictionary defines faithful as, among other things, “firm in adherence to promises”, and of God, Jeremiah declares, “Great is thy faithfulness” (Lamentations 3:23b).

On that day sitting in the lobby, I chose to believe the promise.  After the first rejection, I had a decision to make and chose to continue claiming the promise.  It took seven interviews and seven days of standing on the Word but God came through as He had spoken. Claiming the promise comes with its challenges.  Some have been waiting much longer for their answer, but if God spoke it, do know that He has not forgotten. The promise still stands and He is a keeper of His promises (Numbers 23:19). Regardless of what we are each faced with, the same God speaks a Word to us in those situations. There is nothing that He cannot do. When the word of the Lord regarding the promised seed came to Abraham, of him it was simply said, “And he believed the LORD” (Genesis 15:6a, ESV). What about you? Do you believe Him?