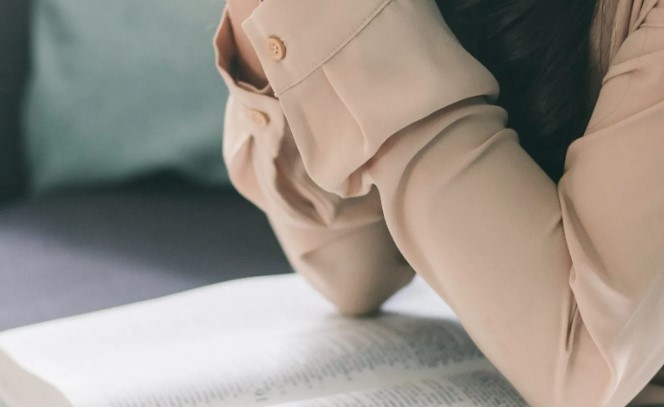 The disciples were in a state of despair. Jesus had told them He would be leaving them (John 13:33-38), and after a bit of back and forth between them, during which He assured them that He was going to His Father and would prepare a place for them before returning (John 14:1-3), Philip said unto Him, “Lord, show us the Father and then we will be satisfied” (v. 8, Amplified).  According to the narrative, Jesus said unto him, “Have I been with you for so long a time, and you do not know Me yet, Philip, nor recognize clearly who I am? Anyone who has seen Me has seen the Father. How can you say, ‘Show us the Father?'” (v. 9).

From Jesus’ perspective, Philip did not get it. Though this disciple had followed Jesus, seen Him perform miracles, and was instructed by Him and His ministry, he did not know who Jesus was.  As Bible scholar John Gill puts it, Jesus was saying to Philip, “Surely you cannot be so ignorant as this comes to; as you have seen me with your bodily eyes, as a man, you must know that I am God by the doctrines I have taught you, and the miracles I have wrought among you.” In other words, this disciple saw Jesus with natural eyes and not with the eyes of his understanding. As a result, his request for Jesus to “show us the Father” betrayed what Gill refers to as “great weakness and understanding.” Jesus was not done with Philip, for He continued, “Do you not believe that I am in the Father, and the Father is in Me? The words I say to you I do not say on My own initiative or authority, but the Father, abiding continually in Me, does His works [His attesting miracles and acts of power]” (v. 10).  What Philip was asking for was right before His eyes, yet He did not know it.

Jesus’ question at the start of His exchange with Philip was a piercing one: “Have I been with you for so long a time, and you do not know Me yet, Philip, nor recognize clearly who I am?” As I reflected on this question, it occurred to me that some of us may be standing in the same place as the disciple.  We hang out and spend time with Jesus and some of His followers, read and listen to His words, see or hear about demonstrations of miracles, and listen to testimonies of His work in the lives of some of those who trust Him. Yet none of this means that we really know Him.  We can have a head knowledge of Him and know the Bible from Genesis to Revelation, yet none of this means that we know Him experientially, intimately, or that we understand (know and comprehend) who He is.

Robert Hugh Benson was right when he said, “There is but one thing in the world really worth pursuing–the knowledge of God.” To purpose to know God through Christ requires commitment on our part to pursue that as a goal. For sure, it is God through the Holy Spirit who opens our understanding to the person of Christ. It is impossible to experience the joys of having a personal and intimate relationship with the Saviour with a shallow knowledge of Him. In his letter to the church in Philippi, Paul spoke of his resolve and the sacrificial steps he willingly took “so that I may know Him [experientially, becoming more thoroughly acquainted with Him, understanding the remarkable wonders of His Person more completely]” (Philippians 3:10). That’s what it means to know Jesus. So, how about you? Do you really know Him?