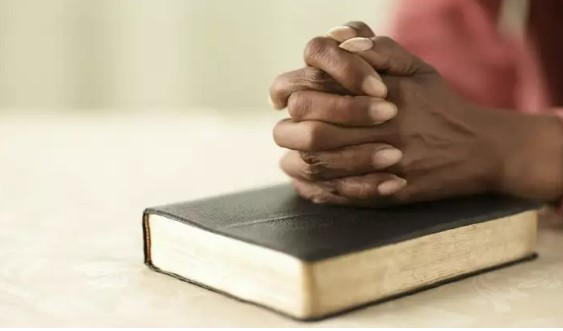 At one point or another, we have all done it. Struggling under the weight of a situation, and facing a crisis of faith, we prayed words to the effect, “Lord, increase my faith.” I am reminded of the narrative in Mark 9 in which Jesus met a man whose son had a “dumb spirit,” and who, when stricken, engaged in all kinds of destructive behaviors. The disciples had tried but could not cast the spirit out. Jesus “asked his father, ‘How long has this been happening to him?’ And he said, ‘From childhood. And it has often cast him into fire and into water, to destroy him. But if you can do anything, have compassion on us and help us.’ And Jesus said to him, ‘If you can’! All things are possible for one who believes.’ Immediately the father of the child cried out and said, ‘I believe; help my unbelief!'” (vv. 21-24, ESV).

At first glance, the statement ‘I believe; help my unbelief’ may seem a bit of a contradiction but it really isn’t. This father, having seen his son victimized on numerous occasions, and seeing the disciples’ failure to cast the spirit out, did not have much hope that anything could be done. So, as any distraught parent would, he said to Jesus, “But if you can do anything, have compassion on us and help us.” That was not an exercise of faith; it was an act of desperation. Sure, he wanted to believe, but the evidence was stacked high against him. Let’s not overlook Jesus’ emphatic reaction to the man’s qualifier; “If you can!” In other words, “What do you mean ‘If I can!'”? Knowing that Jesus was capable of doing more than he could imagine, the father, in his faith crisis, found a way to activate the little that he had. As the narrative tells us, he quickly found out that it was not the size of faith that mattered, but the activation of the amount he had (vv. 23-27).

Jesus reinforced this principle in a narrative recorded in Luke 17. “The apostles came up and said to the Master, ‘Give us more faith.’ But the Master said, ‘You don’t need more faith. There is no ‘more’ or ‘less’ in faith. If you have a bare kernel of faith, say the size of a poppy seed, you could say to this sycamore tree, ‘Go jump in the lake,’ and it would do it” (vv. 5-6, The Message). The astounding thing is that no one can say they have no faith as Paul affirmed that “God hath dealt to every man the measure of faith” (Romans 12:3b). Therefore, the issue is not whether or not we have faith, or asking God to “increase my faith,” but rather our ability or inability to activate “the measure” we have been given.

It is important to note that faith can only be activated in the presence of the Word (Romans 10:17), so as we deal with our respective challenges, we must believe that God can do the things He says He can do (Mark 9:23). It is only then that we can lay claim to the substance of the things hoped for, and the evidence of which we have not yet seen (Hebrews 11:1). In other words, faith connects us in the now with those things which are yet to come, all the while being fully persuaded that we already have them, regardless of the external evidence. “All things are possible for one who believes” and all it takes is faith the size of a poppy seed. I know it is not as easy as it sounds.  However, if Jesus said it, that is good enough for me. What about you?