WEEKLY DEVOTIONAL - "It is Well" - Jamaicans.com 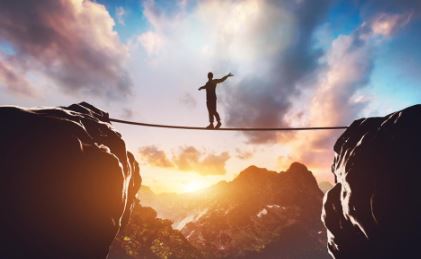 Her only son and child was dead.  Yet to the servant of the prophet, Gehazi, she had declared “It is well.” This was her miracle baby, the one promised by God through Elisha, a frequent guest in her house.  She was content with her life before the promise.  So much so that when Elisha, on one of his visits, sent Gehazi to ask if there was anything they could do to repay her for her kindness, she had replied, “No, I am perfectly content” (2 Kings 4:13, TLB). Though her husband was old and they had no children, she had not asked for a child. Yet Elisha had promised and within a year his word had come to pass (vv. 14-17).

We do not read that she mourned the death of the child (v.20), but rather that “she carried him up to the bed of the prophet and shut the door; then she sent a message to her husband: ‘Send one of the servants and a donkey so that I can hurry to the prophet and come right back'” (vv. 21-22).  As it was not a religious holiday, her husband asked “Why today?” to which she replied, “It’s important.  I must go” (v. 23).  And off she went with her servant.  As she got to Mount Carmel, Elisha saw her in the distance and sent Gehazi to meet her and ask, “‘Is it well with thee? is it well with thy husband? is it well with the child?’ And she answered, ‘It is well’ (v. 26, KJV). It wasn’t until she got to the prophet and caught hold of his feet, a sign of supplication, that she poured out her anguish to him (v. 28).

Elisha instructed Gehazi to urgently go to the house and lay his staff on the face of the child.  The mother, however, insisted that Elisha should come and all three returned (vv. 29-30). Through a series of events and Elisha’s prayer, God miraculously brought the child back to life (vv. 31-35). When the woman was summoned to the room, Elisha said to her, “Here’s your son!” to which “she fell to the floor at his feet and then picked up her son and went out” (v. 36-37).  Her faith and persistence were rewarded. All was well indeed.

Some important observations from the narrative: 1) When her son died, she was not bitter at God or Elisha.  As Bible scholar Matthew Henry observed, she “guarded her lips under this surprising affliction! Not one peevish murmuring word comes from her.” 2) She immediately placed herself in a position of faith by laying his body on Elisha’s bed.  In this faith, “she makes no preparation for the burial of her dead child, but for its resurrection” (Henry). 3) She did not tell her husband why she was going to the prophet just in case he did not have the same measure of faith and tried to discourage her. 4) She trusted the word of God, through His prophet. She reminded the prophet of his promise. 5) By insisting he come to the house with her, she demonstrated the expectation of another miracle.

It is easy to trust God and talk about faith when things are going well.  What do we do when life goes sideways? The Shunamite woman’s actions and attitudes serve as lessons to all of us.  Faith without works (corresponding actions) is dead.  Active faith produces miracles. Which kind do you have?