WEEKLY DEVOTIONAL - It's All God - Jamaicans.com 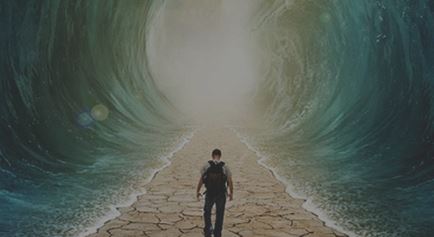 ​When Elisha sent Gehazi, his servant, to the Shunamite woman’s house with instructions to “lay my staff upon the face of the child” (2 Kings 4:29, KJV), an interesting thing happened when the servant did so.  According to the narrative, Gehazi “laid the staff upon the face of the child; but there was neither voice, nor hearing. Wherefore he went again to meet him, and told him, saying, ‘The child is not awaked.’ And when Elisha was come into the house, behold, the child was dead, and laid upon his bed” (vv. 31-32​).  The prophet’s rod had failed.

By issuing the instructions, Elisha demonstrated that he did not believe it was necessary for him to go to the house. He expected his rod to have some effect without him being there. He had seen the power of God demonstrated through a mantle when his mentor, Elijah, used one to strike the water and a path opened up through the river for them to cross over on dry​​ ground (2 Kings 2:8). He would have been familiar with the story of Moses who, as instructed by God, had stretched his rod and watched as the Red Sea parted and the children of Israel walked through it on dry ground (Exodus 14:16, 21). And there were other instances (e.g. Exodus 7:19-20), but this time nothing happened and we are not told why.

Could it be that Elisha had resorted to using gimmicks instead of relying on God? According to the Preacher’s Homiletical, “The act was allowed to fail, in order to show that only through humble and dependent prayer could God’s power be entreated.” It could also be that whereas in other instances the object was in the hand of those of whom God approved, this time it was in the hand of a trusted servant whose heart was so corrupt, as he would later demonstrate, that he and his descendants were cursed with leprosy (2 Kings 5:15-27).  Certainly, God can use anyone and/or anything to accomplish His purposes.  However, the power is never resident in the object but is always resident in God. In other words, our faith must never be in an object, not even the Bible, no matter who holds it.  To get results, our faith must always be in God​ ​as He reveals Himself to us in His word​ (Mark 11:22-24)​.

The miracle of the child being brought back to life started when Elisha went into the room where the boy laid, closed the door, “and prayed unto the LORD” (2 Kings 4:33).  Modelling his mentor, he stretched himself upon the child (see 1 Kings 17:17-25) to complete the resuscitation (2 Kings 4:34-35).  The general lesson here is profound: there are no shortcuts to obtaining God’s blessings and favour.  For Elisha, sending Gehazi with the rod was easy; seeking the will of God would probably take time.   However, as James reminds us, “The heartfelt and persistent prayer of a righteous man (believer) can accomplish much [when put into action and made effective by God—it is dynamic and can have tremendous power]” (James 5:16, AMP). There it is, hidden in plain sight.  No shortcuts, no gimmicks; it’s all God and the power of prayer.  No matter how long it takes.  Just ask Elisha.