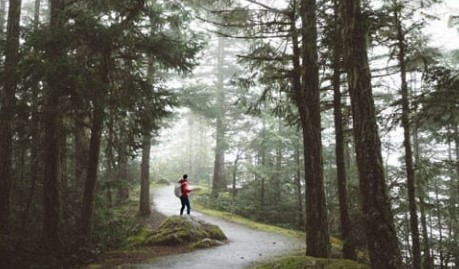 To the man, this was just another day.  Blind from birth, he had never seen a sunrise, the beauty of a flower, the face of his mother, or anything else for that matter.  Over the years he had adapted to his disability, years that were undoubtedly fraught with difficulties. In the culture of the day, illnesses and disabilities were deemed to be the result of sin, and as such the blind were of no use to their families or to society. Left to beg for support, theirs was a challenging and frustrating life.

According to the narrative, Jesus had just left the temple, fleeing the Jews (John 8:59) and the man was going about his business when Jesus saw him (John 9:1). No words were exchanged between them, but the disciples used the opportunity to question Jesus on the tradition, “Rabbi, who sinned, this man or his parents, that he was born blind?” (v.2, NKJV). Jesus did not have to think about how to answer the question. He replied, “Neither this man nor his parents sinned, but that the works of God should be revealed in him. I must work the works of Him who sent Me while it is day; the night is coming when no one can work. As long as I am in the world, I am the light of the world” (vv. 3-5). In other words, this man is who he is so that I might demonstrate who I am!  And with those words, “He [Jesus] spat on the ground and made clay with the saliva; and He anointed the eyes of the blind man with the clay. And He said to him, ‘Go, wash in the pool of Siloam’ (which is translated, Sent). So he went and washed, and came back seeing” (vv. 6-7).

There are some interesting observations to be made but three stand out: 1) At no time did the man ask Jesus for anything. That Jesus saw him and met him at the point of his need is a demonstration of grace; 2) Jesus did not heal him directly but used clay and then gave him instructions; and 3) By acting on those instructions, the man activated his faith and became an active participant in his healing.  However, not to be overlooked is the fact that being blind, he could not see Jesus, but Jesus saw him.  The man did not even know who Jesus was (v. 11), but Jesus was able to tell his purpose (v. 3).  The One who was the Light, entered into the world of the one who was in darkness! And he didn’t even have to ask Jesus to do it. Jesus did it just because He could.

Is there a “disability” or a need that you have had for so long that you have adapted to it? Jesus is passing your way and He is in the mood to do a miracle. However, you will need to participate; you must follow His instructions. As He did for the blind man, He will meet you at the point of your need.