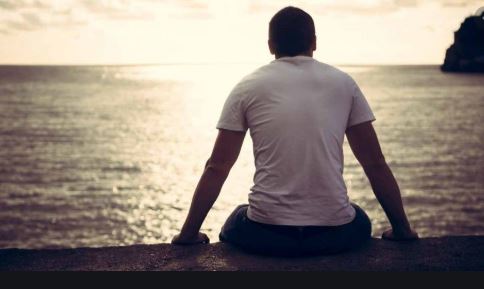 According to the narrative, on Jesus’ instructions, the disciples had taken a boat and were to meet Him on the other side of the lake. Sometime during the night, a storm rose up and the disciples were afraid. It continues, “And in the fourth watch of the night (3:00-6:00 a.m.) Jesus came to them, walking on the sea.  When the disciples saw Him walking on the sea, they were terrified, and said, ‘It is a ghost!’ And they cried out in fear.  But immediately He spoke to them, saying, ‘Take courage, it is I! Do not be afraid!’ Peter replied to Him, ‘Lord, if it is [really] You, command me to come to You on the water.’  He said, ‘Come!’ So Peter got out of the boat, and walked on the water and came toward Jesus.  But when he saw [the effects of] the wind, he was frightened, and he began to sink, and he cried out, ‘Lord, save me!'” (Matthew 14:25-30, AMP).

For years I thought Peter had failed and some may share that same thought. However, did he really fail?  As a fisherman, he was probably used to storms on the lake but for sure he had never tried walking on water! Stepping out of that boat into the dark embrace of howling winds and raging waters, simply because he heard the voice of his friend and Lord say “Come,” was quite the step of faith. Who could blame him for taking his eyes off his destination, the place from where he heard the voice, when faced with the reality of what was happening around him? In some respects, isn’t Peter really us?  We hear and have the Word of God and even after stepping out in faith, we are still overwhelmed by our different circumstances.  Like Peter, some of us have not only started to sink but we have sunk! Yes, we heard the voice of Jesus say “Come” but . . . but . . .  but . . ..

Interestingly, Jesus did not rebuke Peter for looking everywhere else except upon Him.  He rebuked him for his lack of faith (v.31). No matter how the storm was raging, he should have kept his faith instead of allowing his fear to overwhelm that faith. The presence of fear signals uncertainty; a weakness in faith.  Despite our best intentions, our fear often gets the better of us. In one respect, Peter failed. However, in another aspect, he had learnt what not to do. Faith in God allows us to look at our challenges without being afraid. When overwhelmed we turn to the rock that is higher than ourselves (Psalm 61:2).  The next verse in the narrative is an interesting one. Matthew tells us, “And when they [Jesus and Peter] got into the boat, the wind ceased.” (v. 32). We are not told that Jesus carried Peter into the boat.  It could very well be that having righted himself, having learnt what not to do, Peter did walk on the water back to the boat.

The application for us?  Whenever you have a “Peter moment” use failure as a stepping stone for success. How so?  At least, now you know what not to do. Learning what not to do is just as important as learning what to do and sometimes we do so through failing.  The apostle Paul reminded the Roman believers that God can use all things for our good (Romans 8:28) and “all things” include our failures.  That is if we are prepared to learn the lessons.  Sometimes God calms the storm; other times He calms His children as they walk through the storm.  The longer the storm lasts, the more likely we are to fail.  Ralph Marston, a former professional football player, was right when he said, “Failure is not the opposite of success. Failure is an important component of success.” Just ask Peter.