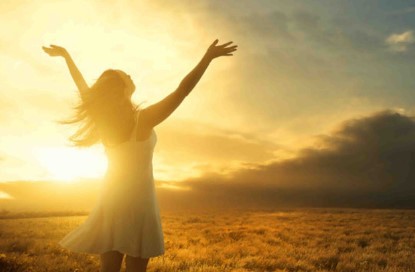 According to the narrative, Zachariah was serving as a priest before God when an angel of the Lord appeared to him with a special message: “Zechariah, don’t be afraid. God has heard your prayer. Your wife, Elizabeth, will give birth to a son, and you will name him John” (Luke 1:13, NCV). Zachariah was stunned: “How can I know that what you say is true? I am an old man, and my wife is old, too” (v. 18). This response suggested that those prayers were prayed years ago and that Zachariah had given up on them. Now he and Elizabeth were old, and having children was an impossibility. But God had remembered. Just because we may have forgotten some of the unanswered prayers we prayed in the past does not mean that God has forgotten them.

For his doubt, the angel rendered Zachariah silent for the duration of the pregnancy (vv. 19-23). However, “Later, Zechariah’s wife, Elizabeth, became pregnant and did not go out of her house for five months. Elizabeth said, ‘Look what the Lord has done for me! My people were ashamed of me, but now the Lord has taken away that shame'” (vv. 24-25). Elizabeth’s shame was both real and personal. Among the Jews, at the time, a family of children was considered a significant blessing and evidence of God’s favour (e.g., Psalm 113:9; 128:3). Therefore, to be barren or childless was considered a reproach or a disgrace (see 1 Samuel 1:6). It is in that tradition that we can better understand Elizabeth’s joyful testimony, “Look what the Lord has done for me!” Prayers that were forgotten were finally answered long after those answers were expected.

Isn’t that just like God? In our society, where we expect things to happen instantly, we have lost the ability to trust God when our prayers are not answered in the way and time we expect them to be. We have forgotten the truth of the Scriptures that no one “who believes in Him [who adheres to, relies on, and trusts in Him] will [ever] be put to shame or be disappointed” (Romans 10:11, AMPC).  Yes, we may be carrying that shame for a season, as Elizabeth did. Notice her words, “My people were ashamed of me” – both of me and for me.  However, her story did not end there as she continued, “but now the Lord has taken away that shame.” In the end, God honored His word.

What “shame” are you and I carrying due to prayers not yet answered? Prayers we prayed but have long forgotten or given up on? God has not forgotten. Because He is the God of the impossible, our concept of time means nothing to Him. He works best when our ages and the odds are against us, when the medical reports are not in our favour, when doors we are qualified to walk through are closed in our faces, and when it seems things are happening for everybody else but us. Just one word from God can turn everything around, and, like Elizabeth, our testimony will be, “Look what the Lord has done for me! My people were ashamed of me, but now the Lord has taken away that shame.”  God is no man’s debtor. In the end, He will be vindicated.