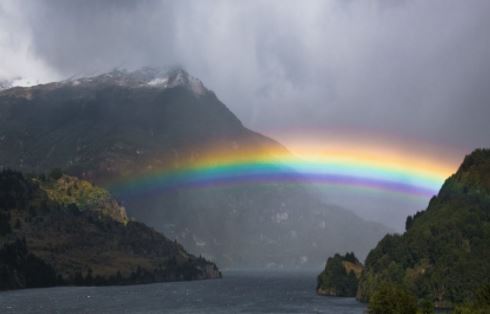 The parable was simple yet profound in its truths. Two men with the same intent, the worship of God, but who were as different as night and day in their approach. According to the narrative, “Two men went up into the temple to pray, one a Pharisee and the other a tax collector. The Pharisee, standing by himself, prayed thus: ‘God, I thank you that I am not like other men, extortioners, unjust, adulterers, or even like this tax collector. I fast twice a week; I give tithes of all that I get.’ But the tax collector, standing far off, would not even lift up his eyes to heaven, but beat his breast, saying, ‘God, be merciful to me, a sinner!’ I tell you, this man went down to his house justified, rather than the other. For everyone who exalts himself will be humbled, but the one who humbles himself will be exalted” (Luke 18:10-14, ESV).

It is not enough to just worship God. How we worship Him is equally important. The Pharisee, not wanting to be associated with the reviled tax collector, reaffirmed his strict adherence to pharisaic righteousness that required doing no harm to others and observing all the ordinances of God, then established as a part of Jewish life. In other words, his strong opinion of his own righteousness was the basis on which he built his hope of final salvation.  He felt that his acts of service qualified him.  On the other hand, the tax collector, being repentant and feeling unworthy to stand before God, demonstrated consciousness of his guilt by smiting his breast, a token of excessive grief, and threw himself upon God’s mercy as his only claim to salvation.  He realized something the Pharisee had not – that salvation was not something he could claim by his works, but only by God’s work of redeeming grace.

The apostle Paul echoed this sentiment when he reminded the church at Ephesus, “For by grace are ye saved through faith; and that not of yourselves: it is the gift of God: Not of works, lest any man should boast” (Ephesians 2:8-9, KJV). On our best days, our best efforts at being righteous “are as filthy rags” (Isaiah 64:6); we have nothing in ourselves to boast about.  God is not impressed with our trying to remind Him of how good we have been or how good we are. Jesus made it clear that it was not the Pharisee who had professed his righteousness through his works that went away justified, but the tax collector who had come with a broken and a contrite heart.  Centuries before, the psalmist David had declared, “The sacrifices of God are a broken spirit: a broken and a contrite heart, O God, thou wilt not despise” (Psalm 51:17).

It is true that today’s believer is covered with the righteousness of Christ. In urging the Roman believers to be reconciled to God, Paul affirmed, “For He [God] hath made Him [Christ] to be sin for us, who knew no sin; that we might be made the righteousness of God in Him” (2 Corinthians 5:21).  However, our position is not the result of our efforts, but all because of what He did.  The next time we stand to pray and let us keep that in mind and approach God boldly but with humility.  We stand there not because of our works, but only by His grace.