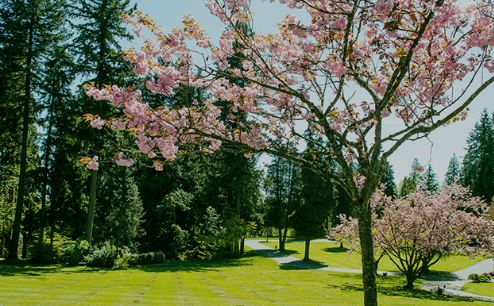 The news story was about two inmates on death row who would be put to death the following day. Men who had committed heinous crimes for which they were given the ultimate punishment as determined by the state. I read the story with much interest and wondered what it was like to know when one was going to die. What does one think about? What crosses a person’s mind? As the hours ticked down for these men, as they made their way to the where their sentences would be carried out, at the appointed time, what were those final hours, minutes, and moments like? They had been on death row for years, the sentence hanging over their heads. Now they had exhausted all their appeals and clemency was denied. In a matter of minutes, they would be dead.

As I pondered these questions in my mind it occurred to me that every one of us has a death sentence hanging over our heads as well. From the moment we came into this world, it was appointed unto us to die (Hebrews 9:27a). What we do not know is when and how. That some of us have lived as long as we have has desensitized us to the fact that any day could be our day. That irrespective of how many times we say “see you tomorrow” to friends and loved ones, tomorrow is not promised to any of us. Unless the Lord returns in our lifetime, our death is a certainty. However, it does not end there because we are told that after death comes the judgment (Hebrews 9:27b). In other words, how we live our lives on this side of life is of utmost importance to what happens to us on the other side. Our appointment date and time with death are fixed in the mind of an omniscient God and it is the one appointment that we must keep. Yet amidst the hustle and bustle, we often forget this important truth. For some of us, our life bears more fruit of the flesh than it does fruit of the spirit. Living that way is spiritually dangerous (see Galatians 5:16-24, AMP).

As the apostle Paul sat on death row, sentenced to death by the Roman emperor Nero, he took the opportunity to examine his life. In anticipation of what was to come, he wrote to his spiritual son Timothy: “For I am already being poured out as a drink offering, and the time of my departure has come. I have fought the good fight, I have finished the race, I have kept the faith. Henceforth there is laid up for me the crown of righteousness, which the Lord, the righteous judge, will award to me on that Day, and not only to me but also to all who have loved His appearing” (2 Timothy 4:6-8, KJV). In other words, having looked back on his life he determined he had done all that God assigned him to do. He had fought the good fight, he had finished the race, and he had kept the faith.

Paul could only come to that conclusion because he knew that when he met Jesus, his life was no longer his own. All the things he had before that moment, he considered “dung” in comparison to what he desired – to gain Christ (Philippians 3:8). He was not concerned about being popular, what other people thought, neither was he shackled to the material things of this world. He was committed to pouring out his life to do everything he could for his Lord. He resolved to die empty in service to Him.

Our final appointment, the one with death, date and time unknown, should give us pause to examine how we live our lives. Is your life about you, or is it about Him? Every day we wake up, we get to choose.