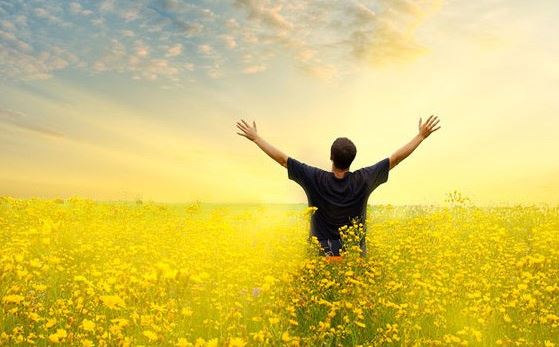 In the Old Testament, worshippers were required to bring a sacrifice to the priest who would offer it up to God on their behalf.  Worshippers with their sacrifices could not go directly to God. There always had to be a middleman, the high priest, who was the only one who could enter the holy place, the Holy of Holies, and offer the sacrifices that could atone or compensate for the sins of the people.  Before he could offer their sacrifices, the officiating priest “shall offer his bullock of the sin offering, which is for himself, and make an atonement for himself, and for his house” (Leviticus 16:6, KJV). In other words, he was just as guilty a sinner in the eyes of God as the people he represented.

Outside of doing his duty, the interaction between the priest and the worshippers was impersonal. He could not help them as they were all in the same boat; only that his job was special. Entering into the presence of God, there was no guarantee he would come out alive. According to one Jewish tradition, “the High Priest wore a rope around his waist as he made his way – absolutely alone – into the Holy of Holies. The rope he wore served a very practical purpose. Because, in the event that the High Priest said or did something wrong, it was generally believed that he would be struck dead for his offense.  As only the High Priest could enter the Holy of Holies, the rope enabled his assistants to safely pull the corpse of the High priest out of the inner-sanctum in the event of mishap.” That’s some serious stuff!

However, the New Testament book of Hebrews provides us with the complete representation of Christ’s fulfillment of the law including the priesthood and every sacrifice. Jesus became our high priest forever (Hebrews 6:20). No longer are we as worshippers represented by an impersonal human priest, but the writer reminds us that in Christ “we have not an high priest which cannot be touched with the feeling of our infirmities; but was in all points tempted like as we are, yet without sin” (Hebrews 4:15). In Chapter 2 he writes, “For surely it is not angels He helps, but Abraham’s descendants. For this reason, He had to be made like them, fully human in every way, in order that He might become a merciful and faithful high priest in service to God, and that He might make atonement for the sins of the people. Because He Himself suffered when He was tempted, He is able to help those who are being tempted” (vv. 16-18, NIV).

Our great high priest is one “who perfectly fits our needs: completely holy, uncompromised by sin, with authority extending as high as God’s presence in heaven itself. Unlike the other high priests, He doesn’t have to offer sacrifices for His own sins every day before He can get around to us and our sins. He’s done it, once and for all: offered up Himself as the sacrifice” (Hebrews 7:26-27, The Message). In his book Called to Worship, Vernon Whaley writes, “His sacrifice was eternal, and it purchased for us eternal life, eternal cleansing, eternal covering, and eternal forgiveness. Though we are sinners, and God still has no tolerance for sin, He now looks at us through Christ’s finished work on the cross. . . . [Christ] not only presented the offering, He was the offering.” Thanks to our great high priest, unlike the worshippers before Him, we can come “boldly” and directly “to the throne of grace,” worshipping God face-to-face and enjoying Him personally, obtaining mercy, and finding “grace to help in time of need” (Hebrews 4:16). Praise the Lord!