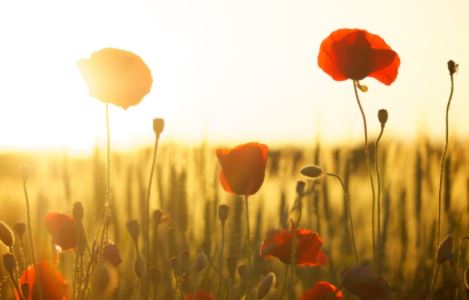 What is the first thing that comes to your mind when you hear the word promiscuous? Like me, you probably thought of someone who was not restricted to one sexual partner or few sexual partners; someone with irregular partners who was casual in the granting of sexual favors. That would be true.  However, the Online Merriam Dictionary also defines the word as meaning “not restricted to one class, sort, or person.” If we use that definition, would it offend you to describe God’s grace as promiscuous? Yet I cannot think of a better word to describe the nature of this grace. In fact, it is so promiscuous that the old slave trader turned Christian hymn-writer, John Newton, referred to it simply as “Amazing Grace.”

These thoughts came to mind as I reflected on the words of Paul: “How true it is, and how I long that everyone should know it, that Christ Jesus came into the world to save sinners—and I was the greatest of them all” (1 Timothy 1:15, TLB).  It is instructive to note that Jesus did not come into the world to hang out with the church folks of His day, but “to seek and to save the lost” (Luke 19:10, KJV).  In fact, He was so dedicated to it that the religious elite called Him a “friend of publicans and sinners” (Luke 7:34, KJV).  He did not come empty-handed, so to speak. When John testified about seeing the Word who became flesh, he declared He was full of “grace and truth” (John 1:14). The Living Bible says He was “full of loving forgiveness and truth.” He did not keep this grace for Himself.  No, it was God’s gift to humankind. He was not stingy with it either. Paul would tell Titus, “For the grace of God has appeared, bringing salvation for all people” (Titus 2:11, ESV).

One of the amazing things about this grace is that it does not discriminate.  We see one demonstration of this when we see Jesus as the servant out into the streets and lanes of the city inviting others – the beggars, crippled, lame, and blind – to come in and fill the master’s house (Luke 14:16-23).  All four states are representations of our states outside of a redemptive relationship with God.  To bring us back to a right relationship with Him and into His kingdom, grace went everywhere.  John Stott put it best when he said, “Grace is love that cares and stoops and rescues.” It had no limits and it had no rules. As it was then, so it is today.  Grace goes into the bars, the hotels and motels, the penthouse and the poor house, and everywhere in between.  It climbs the highest mountain and goes down into the lowest valley seeking out the rich and the poor, the classed and the unclassed, the privileged and underprivileged.  It has to be given by God; it cannot be earned.  Race, culture, and ethnicity don’t matter.  Our individual past and history don’t matter.  The mandate was clear: “urge anyone you find to come” (Luke 14:23).  Anyone who wanted in on the action was more than welcomed.

That “anyone” includes you and me.  We often speak of our “finding God” but in reality, it was the other way around.  When we weren’t even thinking about Him, He relentlessly pursued after us.  We cannot even boast or take any of the credit as it was all His grace; His gift to us (Ephesians 2:8-9). American evangelist Dwight Lyman (D.L.) Moody was right when he said, “The law tells me how crooked I am. Grace comes along and straightens me out.”  That unrestrained grace that found us where we were and continues to find us wherever we find ourselves.  In the pigpen? No problem. The garbage heap?  No big deal. Wherever sin abounded and continues to abound, grace abounded and abounds even more (Romans 5:20).  One last point. Grace is given freely, but it is not free.  By relentlessly chasing us down, and having accepted and experienced this gift, the goodness of God ought to lead us to repentance (Romans 2:4). As Paul would remind us, this is our “reasonable service” for what He has done (Romans 12:1).  Promiscuous grace!  Amazing grace!  I thank God for this matchless gift.  You should too.