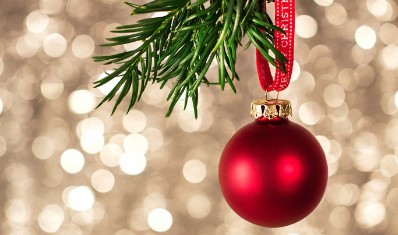 The Christmas story never gets old. Adults and children all over the world will enact its scenes in many places of worship and elsewhere. The words of the angels and those of Mary, Elizabeth, Zacharias, Herod, the shepherds, and wise men, to name a few, get repeated. All in fulfillment of Isaiah’s majestic prophesy: “For unto us a child is born, unto us a son is given: and the government shall be upon His shoulder: and His name shall be called Wonderful, Counsellor, The mighty God, The everlasting Father, The Prince of Peace” (Isaiah 9:6, KJV). However, when I think of Christmas and the main characters, my mind returns to Joseph. The birth of Jesus turned his private world upside down.

Betrothed to Mary, this honourable man found himself in the midst of a major scandal. His intended bride was pregnant, and it was not by him. According to the narrative, “Then Joseph, her husband, being a just man, and not willing to make her a public example, was minded to put her away privily” (Matthew 1:19). In other words, he would keep the reason for breaking the engagement a secret. However, there were a number of problems with him doing so. As one writer puts it, “If Joseph brought no accusation, keeping the reason for the divorce secret, then everyone would assume he was the father of the child. They would assume that he had behaved immorally twice over, first in being the father before the marriage was completed and second by abandoning her once she was pregnant. If he wasn’t the father, people would say, surely he would have denounced her openly. He would not be praised for his kindness to Mary, but condemned.” What a conundrum.

The narrative continued, “But while he thought on these things, behold, the angel of the Lord appeared unto him in a dream, saying, ‘Joseph, thou son of David, fear not to take unto thee Mary thy wife: for that which is conceived in her is of the Holy Ghost’. . . Then Joseph being raised from sleep did as the angel of the Lord had bidden him, and took unto him his wife: And knew her not till she had brought forth her firstborn son: and he called His name Jesus” (Matthew 1:20, 24). No arguments or words of protest from Joseph, who was undoubtedly grieving over Mary and what had befallen them.

Though no words of Joseph are recorded in any of the gospels, he is nevertheless a central figure in the Christmas story. When the angel told him to take a pregnant Mary as his wife, it was God entrusting her and His Son to a man who could be trusted regardless of the cost to himself (see also Matthew 2:13-23). In the same way God purposefully chose Mary, so God purposefully chose Joseph to be by her side during this critically important period of her life. As we celebrate the birth of Christ with family and friends, let us remember Joseph. He did his part selflessly, compassionately, and righteously.

From my house to yours, have a safe and Blessed Christmas.