WEEKLY DEVOTIONAL - "Speak, Lord, for Your servant is listening" - Jamaicans.com 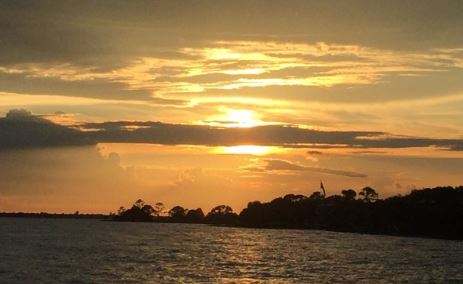 The boy Samuel was convinced that Eli the priest had called him. According to the narrative (1 Samuel 3), as Samuel “was lying down in the temple of the Lord, where the ark of God was” (v. 3, AMP), three times he heard a voice calling his name and three times he went to Eli, “Here I am, for you called me.” However, the first two times Eli responded, “I did not call, my son; lie down again” (vv. 5-6). After the third time, “Eli understood that it was the Lord [who was] calling the boy. So Eli said to Samuel, ‘Go, lie down, and it shall be that if He calls you, you shall say, ‘Speak, Lord, for Your servant is listening'” (vv. 8b-9).
Sure enough, the Lord called his name again, twice, in a demonstration of emphasis.  This time He did not do so from a distance, but He “came and stood and called . . . Then Samuel answered, ‘Speak, for Your servant is listening.’ The Lord said to Samuel . . .” (vv. 10-11a).  Though young Samuel was serving in the temple, the narrative tells us that “the word of the Lord was rare and precious in those days; visions [that is, new revelations of divine truth] were not widespread” (v. 2) and that Samuel “did not yet know [or personally experience] the Lord, and the word of the Lord was not yet revealed [directly] to him” (v. 7). In other words, we can understand why he did not know who it was who called him.
However, in our day when the Spirit lives within us and seeks to communicate the truth of God’s word and will to our hearts, how often have we missed hearing His voice? In his book What Works When Life Doesn’t, Stuart Briscoe writes, “Unfortunately, as a society we hear the voice of fallible humans more than the infallible God, whose wisdom has no limits. We are drinking in more human error than eternal truth.” That is quite the indictment, yet there is much truth in his observations.  There are so many voices, including our own, that can and often “drown out” the voice of the One to whom we must listen. While listening to God’s servants who minister to us in our places of worship, we must also be mindful of the fact that God often speaks to us as individuals as well.
Whether it be while we are sleeping or amidst the hustle and bustle of daily living, let us strive to keep our hearts and minds tuned to the channel of the Holy Spirit. At any time He just might call your name, my name, as He seeks to speak to us personally. Whether it be a word of encouragement, making a portion of Scripture clearer, insight for a problem on the job or in our personal lives, or for any number of other reasons, He has something to say to us. One of my prayers continues to be for God to slow me down so I do not miss what He is doing in and around me. It is also so I do not miss what He is saying to me. “Then Samuel answered, ‘Speak, for Your servant is listening.’ The Lord said to Samuel . . .”. I pray the same experience for you today and beyond.
——
Briscoe, S. (2004). What works when life doesn’t. LA: Howard Books
Rate this post