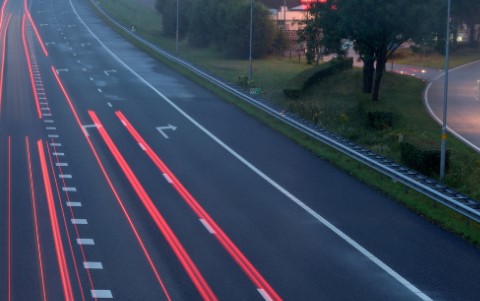 Paul’s instructions to the believers in Rome, and by extension to believers everywhere, were quite clear: “If possible, as far as it depends on you, live at peace with everyone.  Beloved, never avenge yourselves, but leave the way open for God’s wrath [and His judicial righteousness]; for it is written [in Scripture], ‘Vengeance is Mine, I will repay,’ says the Lord.  But if your enemy is hungry, feed him; if he is thirsty, give him a drink; for by doing this you will heap burning coals on his head.’ Do not be overcome and conquered by evil, but overcome evil with good” (Romans 12:18-21, AMP).

The words that stood out for me were “if possible, as far as it depends on you, live at peace with everyone” (v. 18). These words place the responsibility for our reactions to the attitudes and behaviours of others squarely on our shoulders. We get to choose our part in the unfolding of events. These thoughts came to mind recently as I drove along one of the city’s highways. With traffic moving freely, and vehicles overtaking and being overtaken, it occurred to me that all the vehicles could share and safely navigate the roadway if all drivers stayed in their drive lanes and observed the rules of the road. Though there were many other vehicles around me, the only one I could control was the one I was driving. If there was an accident, outside of mechanical failure, it would have been because someone failed to do what they ought to have done. They would not have played their part in making sure everyone in that space got to their destinations safely.

When drivers fail to do their individual parts, the results are accidents, delays, and in some cases, fatalities. The same is true of our relationship with others. If we are not careful with our words, actions, and attitudes, people will get hurt. It would be like a driver irresponsibly crossing drive lanes without due consideration for the health and safety of self and other road users. Of course, there are irresponsible drivers out there. Who has not been tempted to toot the horn, gesticulate (sometimes inappropriately), or muttered things under one’s breath as a result of their actions?  We run across people in life who irritate us as well; people and situations that are like sandpaper.  Yet Paul admonishes us, “Beloved, never avenge yourselves, but leave the way open for God’s wrath [and His judicial righteousness].” In other words, despite the feeling to retaliate or to get even, control yourselves. Do your part and leave the rest up to God. Sigh!

Often times retaliating against “sandpaper people” can feel quite liberating. Seeing any of them get their “comeuppance” can be satisfying.  But Paul says “don’t go there.” Instead, “if your enemy is hungry, feed him; if he is thirsty, give him a drink; for by doing this you will heap burning coals on his head. Do not be overcome and conquered by evil, but overcome evil with good.” In other words, resist the temptation to cross over into someone else’s lane and do any damage. Stay in your lane, do what is right based on God’s Word, and “if possible, as far as it depends on you” do not cause any accidents; “live at peace with everyone.”  It’s all on you and me.