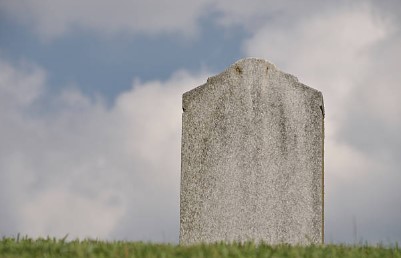 We know the story well. Lazarus, a friend of Jesus, had fallen sick and his sisters, Mary and Martha, sent word to Jesus, expecting He would come and heal him.  However, Jesus waited four days, during which time Lazarus died.  Undeterred, Jesus went to Bethany, where the family lived. Martha was the first to approach him and straightway said, “Lord, if you had been here, my brother would not have died” (John 11:32, NIV).  According to the narrative, “When Jesus saw her weeping, and the Jews who had come along with her also weeping, He was deeply moved in spirit and troubled. ‘Where have you laid him?’ He asked” (vv. 33-34). In the KJV, verse 34 reads, “And [Jesus] said, ‘Where have ye laid him?’ They said unto Him, ‘Lord, come and see.'”

Taken at face value, Jesus simply wanted to go to the place where Lazarus was buried. However, as I reflected on the conversation between Jesus and Martha, I realized that the statement was far more loaded.  When the sisters buried their brother, all they could think about was the resurrection on the last day (v.24). Jesus told them that He was the resurrection, but the sisters did not make the connection (vv. 25-27). Four days had passed, and everything was over. The hope that Lazarus would be healed had died and was affirmed when he was buried.

When Jesus asked to be taken to where Lazarus was buried, He was, in effect, asking to be taken to the place where hope and the dream had died. Take me to the place where you stopped believing; where when you buried your brother, you buried your faith that I was Lord of the present as I was Lord of the future. In some ways, we are like Martha. God has placed a vision or desire in our hearts, but because He delayed coming through for us at the time we think He should have, we buried the dream. Maybe it was a desire to go back to school, write a book, make that connection, or whatever else, but the results were not as expected, or the task seemed too daunting. So, we buried that dream. We couldn’t imagine it coming to pass.

In the same way that Jesus spoke to Martha, He is still saying the same thing to you and me – “Take me to the place of burial.” Of course, when Jesus got there and asked for the stone at the grave’s entrance to be removed, Martha was stunned. “Lord, by this time he stinketh: for he hath been dead four days” (v. 39), but Jesus said unto her, “Said I not unto thee, that, if thou wouldest believe, thou shouldest see the glory of God?” (v. 40). Again, like Martha, we may protest.  However, Jesus did raise Lazarus from the dead (vv. 41-44). He can do the same for the buried dream or desire. Take Him to the place where you buried it and trust Him that He is not just a resurrector of bodies but a resurrector of dreams as well.  If we choose to believe, then we will see the glory of God.