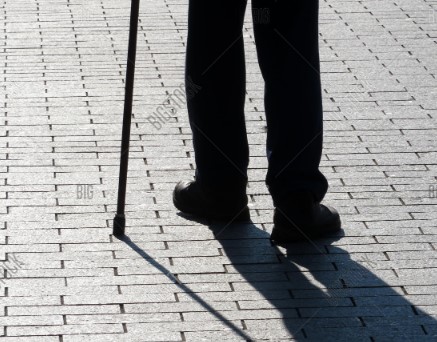 Poor Jacob. All he wanted was to be blessed, but after wrestling with a mysterious man through the night, all he had to show for it was a limp (Genesis 32:22-31). According to the narrative, “When the man saw that he could not overpower him, he touched the socket of Jacob’s hip so that his hip was wrenched as he wrestled with the man” (v. 25, NIV). Why the hip? Bible scholar Albert Barnes posited, “The thigh is the pillar of a man’s strength and its joint with the hip the seat of physical force for the wrestler. Let the thigh bone be thrown out of joint, and the man is utterly disabled.”

I have often wondered what others thought when they saw Jacob limping. Had he sinned? Was God punishing him for his history with Esau? Did they talk about him behind his back? Yet even if he or they did not know it then, the limp was not a curse but a testimony. Barnes puts it this way, “Jacob’s sense of his total debility and utter defeat is now the secret of his power with his friendly vanquisher.” When the man asked him what was his name, he answered “Jacob” (v. 27), but the man said, “Thy name shall be called no more Jacob, but Israel, because you have struggled with God and with humans and have overcome” (v. 28).

This was not just a change of name but a change of character and destiny. In his Notes on the Bible, Barnes opined on the exchange, “[Jacob] reminds [the man] of his former self . . . the supplanter, the self-reliant, self-seeking. But now he is disabled, dependent on another, and seeking a blessing from another, and for all others as well as himself. No more Jacob shall thy name be called, but Israel – a prince of God, in God, with God. . . . The new name is indicative of the new nature which has now come to its perfection of development in Jacob.”

When Jacob’s hip was dislocated, he could no longer rely on his strength or abilities. The limp was a reminder that he was now dependent on God. Centuries later, as Paul wrestled with his disability, his “thorn in the flesh,” he shared that not only had the Lord said ‘no’ to his prayers for relief, but “He said unto me, ‘My grace is sufficient for thee: for my strength is made perfect in weakness.’ Most gladly, therefore, will I rather glory in my infirmities, that the power of Christ may rest upon me . . . for when I am weak, then am I strong” (2 Corinthians 12:9-10, KJV). If you and I find ourselves limping after encountering God, it is OK. We cannot and should not worry about what others will think. It just means that we are now wholly dependent on God and that He is at work in and through us perfecting that which concerns us (Psalm 138:8). Limp on.