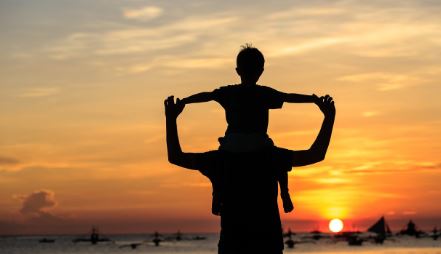 According to the biblical parable, his younger of two sons had disrespected him, taken his portion of the inheritance​,​ and left home.  In the ancient east, it was not unusual for a son to request his portion of the inheritance during his father’s lifetime, but as Bible scholar Adam Clarke points out, “it appears indeed that the spirit of this law was to provide for the child in case of ill-treatment by the father.” In this instance, it was not about ill-treatment but a case of where a son wanted to go live his life as he saw fit.  As the narrative tells us, “A few days later, [he] gathered together everything [that he had] and traveled to a distant country, and there he wasted his fortune in reckless and immoral living” (Luke 15:13, AMP).

Without friends and without money, things took a turn for the worse when a mighty famine arose in the land “and he began to be in want” (v. 14).  In desperation, “he went and joined himself to a citizen of that country; and he sent him into his fields to feed swine” (v. 15), a task no self-respecting Jew would normally do being forbidden by the law of God from eating swine flesh and by tradition from breeding swines.  The young man was so desperate that “he would have gladly eaten the [carob] pods that the pigs were eating [but they could not satisfy his hunger], and no one was giving anything to him” (v. 16).  Lest we think the pods​ [husks] ​​were nutritious, Bible scholar John Gill tells us they were “mere trash, and not food; and which can give no satisfaction; mere sordid food, fit only to be cast to dogs or swine; of an ill savour, hard to eat, and difficult digestion, and which affords no real nourishment.” He had hit rock bottom.  No money, no friends, no food, and with the famine, no future in that land. He began to reflect.

Then came the “aha” moment.  As Luke tells it, “Finally, he came to his senses and said, My father’s workers have plenty to eat, and here I am, starving to death! I will go to my father and say to him, ‘Father, I have sinned against God in heaven and against you.  I am no longer good enough to be called your son. Treat me like one of your workers.’ [He] got up and started back to his father” (​vv. ​17-20a, CEV).  As he got closer to home but ​while ​still ​”​a long way off,​”​ something happened. His father “saw him and felt sorry for him. He ran to his son and hugged and kissed him” (v. 20). His son repeated the words he had rehearsed, but his father would have none of it.  Instead, he said to his servants, “‘Hurry and bring the best clothes and put them on him. Give him a ring for his finger and sandals for his feet.  Get the best calf and prepare it, so we can eat and celebrate. This son of mine was dead, but has now come back to life. He was lost and has now been found.’ And they began to celebrate” (vv. 22-24).

A rebellious ​turned penitent ​son.  A loving, gracious, and forgiving father.  There are many truths we could take from this parable​, but for now one will have to do.​  If ​the father​ loved his son so much​,​ why didn’t he stop him from leaving? Why not go after him and bring him home?  Because had he been forced to stay, ​or brought forcefully home, ​his heart would still have been wayward and home would still not be home to him.  ​He had to come to the end of himself; he needed to, on his own, make the decision in his heart to come home.  ​Sometimes, as The Expositor’s Bible Commentary puts it, “a father’s love can do no more than wait, patiently and prayerfully, in hopes that a better spirit may yet come over him, and that some rebound of feeling may bring him home, a humbled penitent.”  That is a reflection of God’s heart for all of mankind still away from His kingdom and care.  He waits patiently, brokenhearted, every day looking out down the path, watching for every wayward child – His son, His daughter – to come home.  No judgement, no condemnation but restoration, fellowship, unconditional love, and a celebration waiting to happen.  Are you home? ​If not, what are you waiting for?​