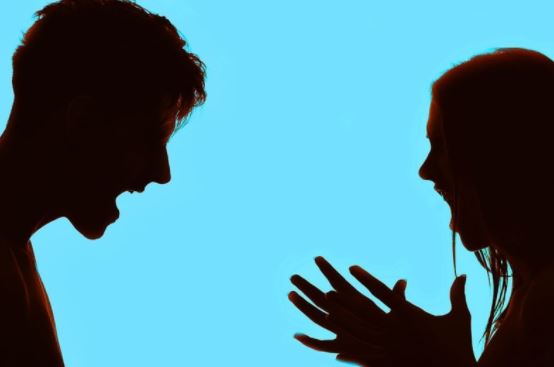 God’s chosen people, the Israelites, were not happy.  Freed from serving the Egyptians and making their way to the Promised Land, ten of the twelve spies sent to scout out the land which the Lord had promised them had returned with a negative report.  According to the narrative, these spies​ said, “The land through which we went, in spying it out, is a land that devours its inhabitants. And all the people that we saw in it are men of great stature.  There we saw the Nephilim (the sons of Anak are part of the Nephilim), and we were like grasshoppers in our own sight, and so we were in their sight” (Numbers 13:32-33, AMP).  Caleb, on the other hand, had told them, “Let us go up at once and take possession of it; for we will certainly conquer it” (v. 30), but they were having none of it.  The report of the majority carried and the people believed them.  They had again forgotten what God had promised.

The narrative continues, “Then all the congregation [of Israel] raised their voices and cried out, and the people wept that night. All the Israelites murmured [in discontent] against Moses and Aaron; and the whole congregation said to them, ‘Oh that we had died in the land of Egypt! Or that we had died in this wilderness! Why is the Lord bringing us to this land [of Canaan], to fall by the sword? Our wives and children will become plunder. Would it not be better for us to return to Egypt?’ So they said one to another, ‘Let us appoint a [new] leader and return to Egypt'” (Numbers 14:1-4).  The Lord did not hesitate to address this murmuring.  He spoke to Moses and Aaron saying, “‘How long shall I put up with this evil congregation who murmur [in discontent] against Me? I have heard the complaints of the Israelites, which they are making against Me.  Say to them, ‘As I live,’ says the Lord, ‘just what you have spoken in My hearing I will most certainly do to you; your dead bodies will fall in this wilderness, even all who were numbered of you, your entire number from twenty years old and upward, who have murmured against Me'” (vv. 26-29).  Read the rest of the chapter for a front-row seat to the full conversation.

Why did the Lord act so swiftly and decisively against them for saying what was on their collective minds?  It was what they said and how they said it.  This was not an honest complaint, the expression of grief, pain, or discontent, but rather a formal accusation or charge against the Lord who viewed this as disrespectful (v. 23).  In other words, while the Lord invites honest complaints, He does not invite, allow, or tolerate disrespect.  If there was an eleventh commandment, it would have probably been “Thou shalt not murmur.” The Lord hates it.

How can we know or differentiate between the two?  Dave Shives (pp. 90-91) tells us five crucial ways: 1) Murmurers complain about what God has done, all the while failing to recognize that God is at work about which they murmur (Ex. 16:2); 2) murmurers talk to others about God instead of talking to God while a godly complaint is reported to Him (Ex. 16:8); 3) ​murmurers​​ are captivated by the “hopelessness” of their pit experience, while biblical complainers know that God is able to deliver (Ex. 17:1-3); 4) murmurers lash out at whatever or whomever is convenient to blame, while biblical complainers know that they are angry with God (Ex. 17:4); and 5) those who murmur can only envision the worst, while those who complain to God remember His promises and remind Him of His obligations (Ex. 14:10-12). May God grant us the grace and wisdom to know the difference.