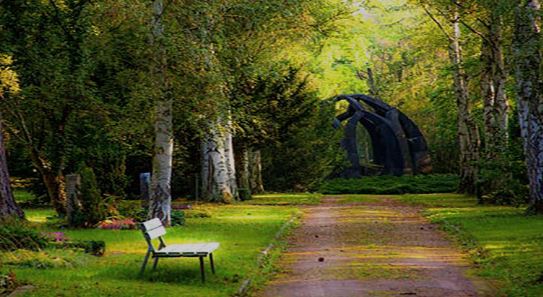 God had given Saul clear instructions to “utterly destroy the sinners the Amalekites, and fight against them until they be consumed” (1 Samuel 15:18, KJV) but he failed to follow through to completion.  When confronted by Samuel about his disobeying the voice of the Lord, Saul responded, “I have obeyed the voice of the Lord, and have gone on the mission on which the Lord sent me, and have brought back Agag the king of Amalek, and have completely destroyed the Amalekites. But the people took some of the spoil, sheep and oxen, the best of the things [that were] to be totally destroyed, to sacrifice to the Lord your God at Gilgal” (vv.20-21, AMP).

Samuel was in no mood for the technicalities.  The narrative continues, “Samuel said, ‘Has the Lord as great a delight in burnt offerings and sacrifices as in obedience to the voice of the Lord? Behold, to obey is better than sacrifice, and to heed [is better] than the fat of rams.  For rebellion is as [serious as] the sin of divination (fortune-telling), and disobedience is as [serious as] false religion and idolatry. Because you have rejected the word of the Lord, He also has rejected you as king.’ Then Saul said to Samuel, ‘I have sinned; for I have transgressed the command of the Lord and your words, because I feared the people and obeyed their voice'” (vv. 22-24).

Before we allow our righteous indignation to judge Saul harshly, can we honestly say we have not walked in his shoes?  How many times have we not done the things God commands because we feared what others would think or say about us?  How many times have we taken the easy way out by neglecting to take a stand for Christ in situations where such a stand is necessary?  There is no denying that we are all capable of allowing, and we have allowed, others to influence the things we say and do.  Unfortunately, this sometimes means we disobey divine instructions. Like the apostle Paul, instead of doing the things we are supposed to do, we often end up doing the things we are not supposed to do (see Romans 7:15-25).  However, let us keep in mind that God’s instructions are not mere suggestions, but mandates to be followed.

The consequences to Saul of his disobedience were tragic. The writer tells us, “Then the word of the Lord came to Samuel, saying, ‘I regret that I made Saul king, for he has turned away from following Me and has not carried out My commands.’ Samuel was angry [over Saul’s failure] and he cried out to the Lord all night” (1 Samuel 15:10-11).  In trying to make amends, Saul said to Samuel, “Now, please, pardon my sin and return with me, so that I may worship the Lord.’ But Samuel said to Saul, ‘I will not return with you; for you have rejected the word of the Lord, and the Lord has rejected you from being king over Israel” (vv. 25-26).

The key takeaway for us?  Partial obedience to the word of God is still disobedience and He doesn’t excuse either.  Despite our humanity and regardless of the consequences to ourselves, in the words of Samuel, “to obey is better.” Just ask Saul.