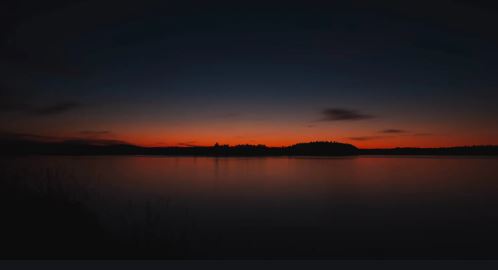 Jairus, one of the rulers of the synagogue, had a pressing need. According to the narrative, when he saw Jesus he fell “at His feet and begged anxiously with Him, saying, ‘My little daughter is at the point of death; [please] come and lay Your hands on her, so that she will be healed and live.’ And Jesus went with him” (Mark 5:22-24a, AMP). However, the walk back to Jairus’ house was not without incident because there were many who wanted Jesus’ attention.  Among them was the woman with the issue of blood and even before Jesus was finished with her (vv. 25-34), Jairus’ situation had become tragically worse.

The narrative continues, “While He [Jesus] was still speaking, some people came from the synagogue official’s house, saying [to Jairus], ‘Your daughter has died; why bother the Teacher any longer?'” (v.35). From their perspective, with death now a reality there was nothing Jesus could do. There was no need to bother Him any further.  Jesus, recognizing that the ruler had come to Him in faith and knowing that the news had the power to shatter that faith, spoke immediately to him, “Don’t listen to what everybody else is saying, trust me” (v.36, The Message).  As a father, Jairus could be forgiven for whatever inner turmoil he might have experienced at the moment. His daughter was dead and here was Jesus telling him to ignore what he was just told and to trust Him. Prior to this, if Jesus had a history of raising people from the dead, it would have been easier for Jairus to trust Him. However, in the face of unimaginable loss, Jairus would have to trust Jesus simply because He had told him to. Can you relate?

As we go about our day-to-day lives, we are faced with various difficulties and some seemingly “dead” situations.  Maybe things are so bad that others question the point of more prayer, of serving God, of going to church.  During these challenging times, it is easy to feel discouraged, frustrated, disappointed, lost.  Why not, as Job’s wife suggested, just curse God and die? In other words, “Why troublest thou the Teacher any longer?” We find ourselves doubting if God can do the things He says He can do because the evidence doesn’t seem to support what we believe.

Like Jairus, the problem we face is that of trusting Him in the midst of our situations. Interestingly, we are not told of any words spoken by Jairus after his initial encounter with Jesus. It was as if he was at a loss for words; not knowing for sure if Jesus could do what He had promised.  I have been there.  But Jesus proved His authority over all things by raising the girl from the dead (vv. 37-42). Some two thousand years later, He is still a specialist in the things that seem impossible.  Amidst all the negativity and impossible circumstances, He is still saying to you and me, “Don’t listen to what everybody else is saying, trust me.”  “Don’t pay attention to what is going on around you, trust me.”  “Don’t let doubt and fear fill your heart, trust me.”  “Don’t be discouraged by it all, trust me.”  Those are not always easy things to do, yet what is the alternative?  Personally, as difficult as it is sometimes, I have no other choice but to trust Him.  What about you?