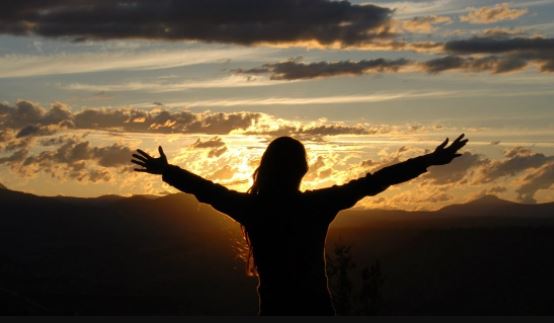 She was a mother, a Syro-Phoenician by birth (Mark 7:26), a descendant from the ancient Canaanites. In the eyes of the Jews, she belonged to the most hated of all the Gentile races and as such was one to be despised.  However, Jesus was now in her hometown, on her turf so to speak, and somehow she found herself close enough to Him to be heard.  At that moment, feeling emboldened, she cast aside her outsider status and pleaded with the only one who could help her in her distress.  Knowing who He was, that He was none other than the Messiah, she “cried unto Him, saying, ‘Have mercy on me, O Lord, thou Son of David; my daughter is grievously vexed with a devil'” (Matthew 15:22, KJV). The Amplified Bible says she “began to cry out [urgently],” a measure of her despair and helplessness as she asked for pity. She had done what she needed to do.

The next thing we would expect to read was Jesus’ response to her, yet according to the narrative, “He answered her not a word” (v. 23a).  What do you do when you have done all you can and God does not respond?  The disciples must have been dismayed at the audacity. This woman, a “dog” of the Gentiles, had no claim on the “Son of David.” It is no wonder they “came and asked Him [repeatedly], ‘Send her away, because she keeps shouting out after us” (v. 23b, AMP). Bible scholar John Gill opined that the disciples’ requests were “not only because she was troublesome to them, was importunate with them, and would take no denial from them: she followed them wherever they went; there was no getting rid of her: but also, because her case was so moving, was delivered in such an affecting manner, and her cries were piercing, that they could not bear them; and therefore entreat him, that He would relieve, and dismiss her.”  However, in the words “she keeps shouting” we see just exactly what that mother was doing while Jesus kept silent.  She had kept on asking.  She was not put off by His silence.  She did not take it personally.  She knew she had no right to call on Him but her daughter needed help and He was the one who could help her.  So, she kept on asking.

Finally, Jesus addressed her. He answered, “I was commissioned by God and sent only to the lost sheep of the house of Israel” (v. 24, AMP).  But she refused to take that for an answer for “she came and began to kneel down before Him, saying, ‘Lord, help me!'” (v. 25).  The narrative continues, “And He replied, ‘It is not good (appropriate, fair) to take the children’s bread and throw it to the pet dogs.’ She said, ‘Yes, Lord; but even the pet dogs eat the crumbs that fall from their [young] masters’ table” (vv. 26-27).  She could have been so easily discouraged, easily offended, but she, like so many other Gentiles before her, stood her ground and trusted Him for mercy.  “Then Jesus answered her, ‘Woman, your faith [your personal trust and confidence in My power] is great; it will be done for you as you wish.’ And her daughter was healed from that moment” (v. 28).

So what do you do when you have done all you can and God remains silent?  You have prayed, fasted, believed and all that comes your way is not an answer but the deafening sound of silence?  If a Gentile mother who had no claim on Christ could trust Him for mercy and have her prayers answered, how much more we who are children of the new covenant (Luke 22:20) should trust Him with the things that pertain to us? Jesus left us with the “golden rule” of prayer: “Ask and keep on asking and it will be given to you; seek and keep on seeking and you will find; knock and keep on knocking and the door will be opened to you. For everyone who keeps on asking receives, and he who keeps on seeking finds, and to him who keeps on knocking, it will be opened” (Matthew 7:7-8, AMP).  Don’t give up. Don’t be discouraged.  Just as He heard the desperate Gentile mother, He hears you. Stay in faith; stay persistent.  In His time, He will turn in your direction and will answer you.