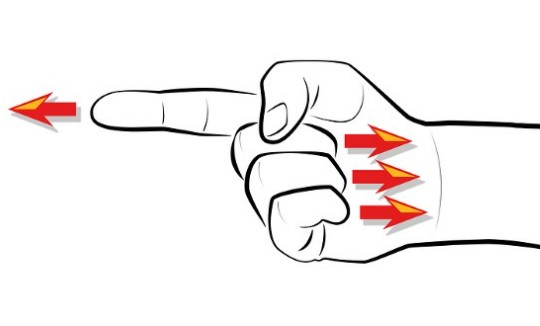 How much of what goes “wrong” in our lives do we hold God responsible for? The tendency to blame someone or something else has been with us since Adam and Eve in the garden of Eden.  You might recall that after the couple sinned, Adam blamed Eve who blamed the serpent (Genesis 3:1-13), and if the serpent could have passed on the blame, he probably would have. In Israel’s stunning and totally unexpected defeat at Ai, one could see the blame coming: “And Joshua said, ‘Alas, Sovereign Lord, why did you ever bring these people across the Jordan to deliver us into the hands of the Amorites to destroy us?’ If only we had been content to stay on the other side of the Jordan!” (Joshua 7:7, NIV).

Of course, God made it clear to Joshua that Israel was defeated because “Israel has sinned; they have violated my covenant, which I commanded them to keep. They have taken some of the devoted things; they have stolen, they have lied, they have put them with their own possessions” (v. 11).  It is instructive that Joshua did not ask God if there was something they had done. There was no introspection, no looking within. They were sure they were in the right and it was God who had brought them across the Jordan to deliver them into the hands of the Amorites to destroy them. We probably would have felt the same way and done the same thing. Sometimes the hardest person to look at and hold accountable for our failures is our individual selves.

This tendency is not at all unusual. Proverbs 16:2 reminds us, “All the ways of a man are clean in his own eyes; but the LORD weigheth the spirits” (KJV).  In other words, we are capable of self-deceit.  Bible scholar Albert Barnes puts it, “We are blind to our own faults . . . [but] there is One who tries not the ‘ways’ only, but the ‘spirits.'” Matthew Henry picks up on the first point when he writes, “We are all apt to be partial in judging of ourselves: All the ways of a man, all his designs, all his doings, are clean in his own eyes, and he sees nothing amiss in them, nothing for which to condemn himself, or which should make his projects prove otherwise than well; and therefore he is confident of success, and that the answer of the tongue shall be according to the expectations of the heart; but there is a great deal of pollution cleaving to our ways, which we are not aware of, or do not think so ill of as we ought.” Profound, isn’t it?

So, what is the remedy? Because all our ways are clean in our eyes, our evaluation of ourselves and what we are responsible for often lacks objectivity; it is skewed. Our actions and inactions must always be measured against the truth of God’s Word, “for the word of God is quick, and powerful, and sharper than any two-edged sword, piercing even to the dividing asunder of soul and spirit, and of the joints and marrow, and is a discerner of the thoughts and intents of the heart” (Hebrews 4:12, KJV). Before we start blaming God or someone else when something goes wrong, let us first look at ourselves (our actions, thoughts, and attitudes) in the mirror of the Word. It is the only place in which we can see ourselves as we really are. So, when things go “wrong” between us and God, whose fault is it anyway? Did God fail to deliver on His promise or was it you and I who failed to get into a position to receive it?