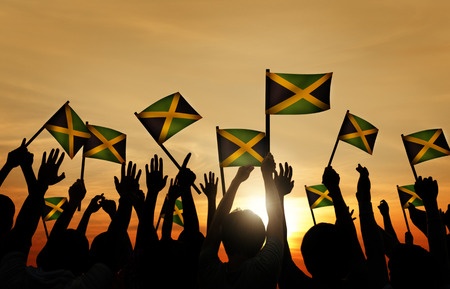 Jamaica – the island in the sun where the people called Jamaicans come from. Jamaican is not necessarily ethnicity, or the patios we sometimes use to define who we are. Jamaican is an attitude of audacity to be whom and what we want to be without the fear of failure. Jamaican is taking charge of any situation as we believe anything is possible if we try. It is taking pride in the landing of our aircraft without the bump we feel on other airlines and the expected applause by our pilots. It is also the taxi men who put our lives at peril in their pursuit to be the fastest down Spur Tree Hill.

It has been said that the unruly slaves were dropped off in Jamaica first, and that this may have contributed to our unique disposition of mental strength and the inherent will to be the best we can be. It is no surprise that a country of so few has created the likes of Usain Bolt, Herb Mckenley, Sister Nanny, Michael Manley, Shelly Ann Fraser, Rex Nettleford, Ranny Williams, Miss Lou, Marcus Garvey, Oliver Samuels, Bob Marley, and U-Roy – the first to popularize DJ music or rap so to speak.

We also have Fae Ellington, who speaks with such eloquence and clarity you never miss a spoken word. Then there is Colin Powell, who became the first black chief of staff of the most powerful military in the world. Although his achievements were unique to our ethnicity as black people, he could also have been the first black president as he was more popular at the time and respected by most. However, true to his military code of conduct, he aligned himself with his party’s line and abandoned his Jamaican attitude of independent thought, allowing the demise of over 700,000 Iraqis in a war of choice – a behavior that sent many of Germany’s generals to the gallows. Jamaica also produced David Smith, who duped thousands into a ponzi scheme that fooled many from here and abroad into believing that the interest they received on their money would be a sustainable gravy train.  To fool so many Jamaicans (and me almost) is quite a feat indeed. After all, we are the students of Anancyism but, then again, greed always wins over logic.

To sum it all up, Jamaican is a belief in one’s self and the will to succeed at any cost. Which leads me to ask, are you Jamaican?

If there are other persons who should be on the list of high achievers, you know who they are, and I see no need to put every name on my note.