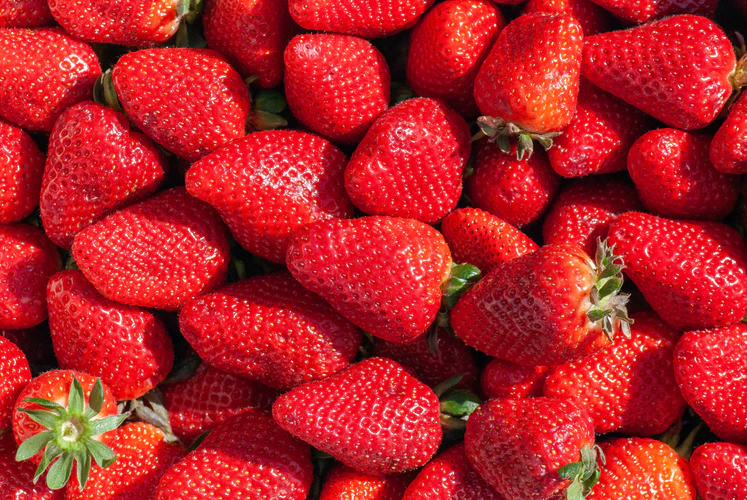 After my grandfather’s death in 1936, the family diversified into exotic fruits and vegetables – sweet peas and strawberries the primary ones. My grandmother grew strawberries in abundance, which she supplied to the Doctors Cave Hotel in Montego Bay and to Mr. Fisher’s cannery in Mandeville. In the early days, the strawberries were carefully-packed and transported by donkey to the Williamsfield railway station and on to Montego Bay. Mr. Fisher’s jam from my grandmother’s strawberries ended up as far away as Holland, now the Netherlands.

Strawberries were planted twice per year in June and December from the suckers of the mother plants that were then uprooted and used as mulch for other plants.  Each member of the family had his or her own strawberry patch at Jones, one of the properties my grandparents had acquired.

During reaping time, everyone woke at dawn to pick the lush, delicate red berries. Picking was orderly and meticulous. Each picker was responsible for a number of rows of plants, starting at the bottom of the patch and working methodically along the demarcated rows. Not a single plant was missed. Because I was a child, I was given three rows.

After picking, the berries were separated into two categories. The best fruits were either sent off to Montego Bay or sold in one-pound boxes in Mandeville.

Mama later extended her North Coast sales by forging a partnership with a Mr. Beaumont. They bought a van and hired a driver.

During strawberry-picking time, my popularity among my aunts and uncles soared. I had developed quite a skill at converting the Lannaman’s green-and-white three-pound ‘sweetie’ box into two one-pound strawberry boxes.  My tools were a pair of scissors, a pack needle and strong brown string.  Everyone scrambled to get to me first to place their order.  My favourite spot for making the boxes was under Aunt Dor’s bed because she consistently paid more than the competition.  Clearly my loyalty was to the highest bidder. Once settled, I simply  disappeared during the manufacturing period. No amount of cajoling succeeded. Not even from my grandmother who I dearly loved.

Uncle Butt had the responsibility for selling the strawberries in Mandeville.  Mama would carefully pack the boxes, three-rows high on a wooden tray, covered with a tray cloth to protect the berries from the sun,  place the tray on his head which was cushioned by a catta. Uncle Butt would then hold the tray firmly with his ‘good’ right hand and move off at a trot which he steadily maintained for the  three miles to Mandeville.

When he was running he looked like any able-bodied person. It was not until he stopped that you realized that he could not stand straight. Polio had atrophied the muscles and sinews in his knees and left him permanently in a half-crouched position, similar to that of athletes at the starting line for short dashes or a marathon.

Uncle Butt never came home with unsold strawberries. From as far back as I can remember, I used to look forward to his return in the early afternoon. We had a special understanding.  I took over his room which was just off the dining room and opening onto the side of the house, by seven very steep steps. Sometimes I’d wait for him on the steps, eating my tangerine or naseberry from the tree beside the outhouse. I would climb into my uncle’s bed and refuse to let him go to sleep. Certainly not when I wanted to play with him.

But there was another reason. A transactional one. I would pull the hairs from his face with my grandmother’s  tweezer and he would give me a  big shiny two-and-sixpence piece to put in my piggy bank, so I could lend money to my other aunts and uncles at exorbitant interest rates. It was my Uncle Butt   who taught me to differentiate between the two-and-sixpence piece and the willie penny that Uncle Alton and Uncle P at times tried to pass off on me as a two-and-sixpence piece.    Under Uncle Butt’s expert tutelage? No such luck!

I would impress on him the urgent need for my expert services. When he refused on the grounds of being tired and wanting to sleep, I would simply arm myself with a very persuasive tool –  grass straws.  And once he closed his eyes I would push them up his nostrils and/or in his ears.  I became quite an expert at attacking both areas simultaneously – and took delight in his swatting them away like flies in his semi-conscious state. When it finally registered that it was his resident tormenter at work again, he would say,   “What’s the matter wrong with you child?”

On  those rare occasions, when I had tested his patience beyond limits, he would use  his ‘good’ hand to grasp both of mine and give me a little shake and It quieted me for a very short time.  I became so accustomed to his half-hearted protests and firm hand holding, and he became so accustomed to my childish demonstration of my economic imperative and my love for him, that we left each other to our respective strategic objectives – me to torment him, him to his frustrated attempt at sleeping. Who yielded first? Invariably my lovable Uncle Butt.