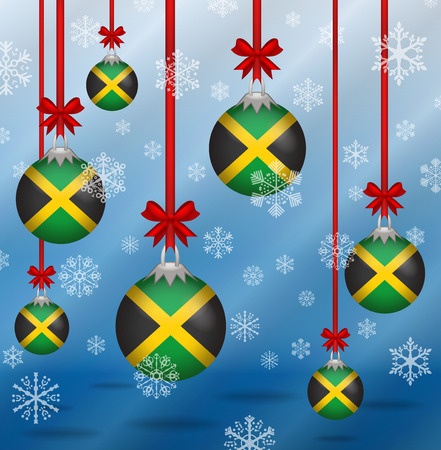 People who know me personally are probably familiar with the details that will culminate in the story that I’m about to tell. The most important thing to know is the answer to the question. The question is why. Why do I play? The answer is both complex and simple but to tackle the simple side 1st, it’s love.

This story starts in Queens NY. As a child my earliest memories involve music. Music and a healthy fear of the dark. I was a crib climber. I’d often escape the entrappings intended for my safety and find myself in the hallway outside of my room confronted by a greater, more daunting obstacle, the dark. Though the darkness completely massacred any ideas of venturing further I couldn’t turn away from it. There was something filling that hallway void of light, familiar faces or discernible shape. It was sound. Irresistible sound! As I aged slightly, restlessness would continue to take me out of bed at nights as I ventured further and further into the darkness. Far enough that eventually that sound, that music’s origin was able to be pinpointed. It was emanating from the basement who’s doorway would become my chill spot as I listened to an endless stream of songs of all genres and styles pouring upward toward me.

My Jamaican born Father and American born Mother enjoyed entertaining. Often parties into the wee ours of the night would be filled with domino banter/arguments, casual conversation and laughter all of which barely pierced the music. While variety was always plentiful, the undeniable preferred go to for my DJ Father(or Selector for the discerning) was Reggae! Marley, Miller, Tosh, Davis, Brown, Issacs, Steele Pulse, Third World, Black Uhuru, Burning Spear, ect ect. My father’s music collection and selections became the soundtrack of my formative years and etched themselves, night after night into the very fiber of my DNA! Our little Queens brownstone inhabited by Mom, Dad, Big Sis, Bigger Sis, Monzone and Junior(our Boxer and Great Dane) will forever live in my memory as the place where music and I became inseparable.

Fast Forward to somewhere in the 90’s. I’m a teenager living in Miramar FL, the place to which we relocated to be closer to the rest of the family. Music is still important to me having grown up in a two turntable home but my taste is evolving. Hip-Hop has become my go to for a sonic fix. Naughty by Nature, Busta Rhymes, Redman, Nas, 2Pac, Wu-Tang, The Bush Babies, The Fugees and others have taken up prime real estate in music library. Another formative experience is about to take place. My 1st solo trip to Jamaica to reacquaint myself with cousins and close family friends lands me in the heart of musical paradise. Music is in escapable here! Everything happens that possibly can during this trip. My spiritual life begins, I brake my 1st heart(and into a tourist resort), I give away a pair of shoes but most relevant to this story, my Father’s close friend Mr. Barton takes me record shopping.

I return to FT Lauderdale International Airport a month later with a 2nd level degree in patois and about 150 ’45 singles. Reggae would again establish itself in the forefront of my musical arsenal. With the help of a few like minded friends, I form my 1st sound system, Lethal Weapon. Pooling resources to purchase and maintain the equipment and constantly restocking our record collection with the freshest music from Jamaica, we would play house parties, events, warehouses turned into clubs for the night, underground radio, basically every and anywhere we could share our skills and passion.

You may be saying to yourself at this juncture, “This is all well and Good but how does any of this have anything to do with love?”. Well, growing up in the home that I did, as the only son, there were often expectations on me that I simply didn’t live up to. My Father was an adventurous soul of many passions and extremes. Dad being the quintessential “Man’s Man” was very critical of what seemed to be my every move and decision. I played sports but was never the best on the team. While being gifted with a high IQ, I was never the best student and at best, I was novice mechanic. For a time, the only reaction I could perceive of from my father was disappointment. I often felt that his love for me was by default only and that the pressure I felt was due to inherent flaws in who I was. The one factor that changed this would forge a bond between us bridging the chasms which ran through every other part of our relationship? You guessed it, music!

My Father’s first glance at my passion for music nearly cost me my life. One night I composed a mix of some of the Hip-Hop singles I’d grabbed over the last month and I was proud of my work. It was filled with foul language and a few songs boasting themes void of any morally defendable sentiment. None the less, I was proud of the blends, cuts and scratches I’d performed and while handling my house chores I left it blasting throughout the house. While outside I heard the music stop abruptly. Afraid that the tape had popped(yes, I recorded the mix to a TDK cassette tape. If you’re under 25 you’ll have to do a google search on what that is when we’re done here.), I rushed back inside of the house to find my Father holding my cassette, or at least the remains of it in his hand with a familiar look of anger on his face. In his almost Burro Banton-esq gruff voice, my Father started to yell about the content that I was brazenly playing loudly in HIS HOUSE! Normally, at this point, my Beta male positioning would internally reaffirm itself in the presence of his Alpha. Not this day! Interrupting his fiery monologue, I snatched the remains of my work from his hand and matched his volume yelling about how hard I’d worked on what he’d destroyed and how he had no right to react the way he did! I turned and stomped off, fully prepared to be struck by more of his words or very likely something of much more significant weight and density. Neither took place. He’d understood me and though we never spoke about it, I think this was the 1st time he’d seen his son though still a teen, as a man.

Fast forward a few years. I’m a fairly accomplished DJ with steady work in clubs, events, a frequent guest on Sounds Of The Caribbean hosted by the late Clint O’Neil and a weekly TV appearances as co-host and resident reggae DJ on The Roof where on Fridays, Reggae would meet Reggaeton. My day job is a management position at a well known caribbean music distributor. My entire life is music! during an afternoon drive, my father, who’s health is starting to decline at this time asks me from the passenger seat of my car who the DJ responsible for the mix we’re listening to is. To this day I wonder if he knew but wanted to find a way to indirectly pay me a compliment but I informed him with a bit of a snicker in my voice that it’s me. My Father responds, “No way! That’s got to be Waggy Tee. That can’t be you!” According to my Father, Waggy Tee, who eventually became somewhat of a mentor of mine, was the epitome of skill and consistency in Reggae selecting. I’d often heard my father comment on his mixes, selections and or the overall badassery of his radio and live appearances. I laughed because at that point I knew he’d conceded to the fact that it was me he was listening to and that he couldn’t deny how hard I’d worked at my craft.

It was around this time that I decided to start mixing CD’s annually as an Christmas gift for my family. For the “Grown ups”, the Aunts and Uncles, it would be lovers rock, gospel or throwbacks which they seemed to enjoy. For the siblings and cousins or the “Twenty Somethings”, it was dancehall with all of the hottest riddims of the year played just like they were in the clubs. My Father was the 1st recipient of one of these mixes. It included a card with a single sentence on it. “Thank you for teaching me to love music.” As the years passed, my father and I had many conversations about music, it’s significance in our lives it’s power, it’s highs and lows and most controversially, Stevie Wonder vs Bob Marley! This argument was never settled.

Nowadays, I’m Dad. I’m passing the lessons my father taught me about music down to the two children God has blessed me with. Recently, I played a birthday party and brought my 11 year old daughter along as my assistant DJ. At the end of the night she told me she wasn’t sure if she ever wants to take up DJing if there’s this much work and pressure involved. I laughed. I can definitely respect her decision.

Today, my father is no longer with us and my traditional family gift is a few years overdue. Earlier this year in going through some of my father’s things, I found the very 1st mixed CD I’d ever given him. He’d kept it and all of the others I’d given him over the years amongst his favorites within quick reach. I decided then that it was time to bring back that tradition. This Winter Reggae Rockers Mix representing New Vision Sound is the rebirth of a family tradition that I hope you and your family will enjoy as well. Maybe the word enjoy doesn’t do it justice. I hope this mix is something that you and your family will LOVE this holiday season as you share the love of family during your time together. This is why I play.