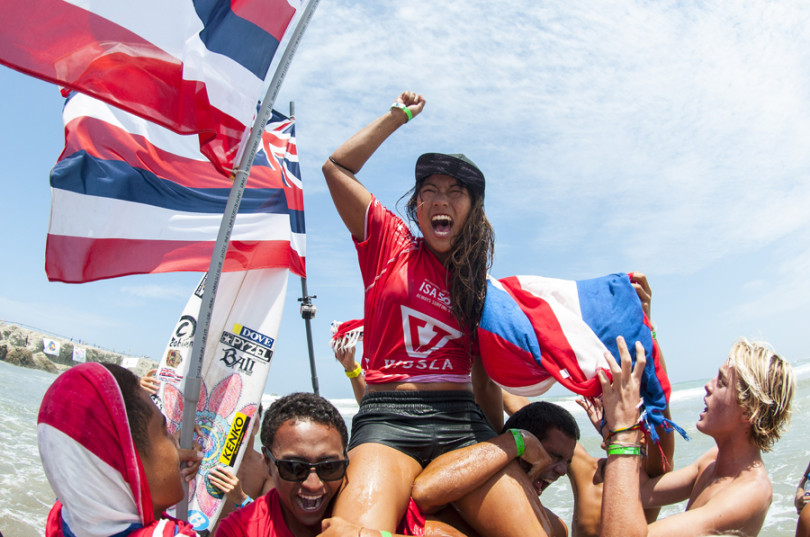 Taking place from October 11-18, the 2015 VISSLA International Surfing Association (ISA) World Junior Surfing Championship will unleash the world’s best Under-18 surfers in Oceanside, CA to compete in the name of their nation.

“When it comes to forward thinking, the VISSLA ISA World Junior Surfing Championship has been the preeminent platform to pick out the surfer of tomorrow,” said VISSLA President Paul Naude. “VISSLA is more excited than ever to be a part of this ISA World Championship, and to bring it back to California for the first time since 2005 is something we take a great pride in. We look forward to seeing Surfing’s top youth take over Oceanside for this 8-day event and give us a glimpse of the future.”

“We are proud to bring together the absolute best junior surfers from around the world to compete in this ISA World Championship,” said ISA President Fernando Aguerre. “This is more than just a competition, this is an opportunity for a sneak peek at the future of surfing. The ISA World Junior Surfing Championship has crowned everyone from legend Tom Curren to current WSL World Champion Gabriel Medina, and I cannot wait to see what talent this year’s event brings.”