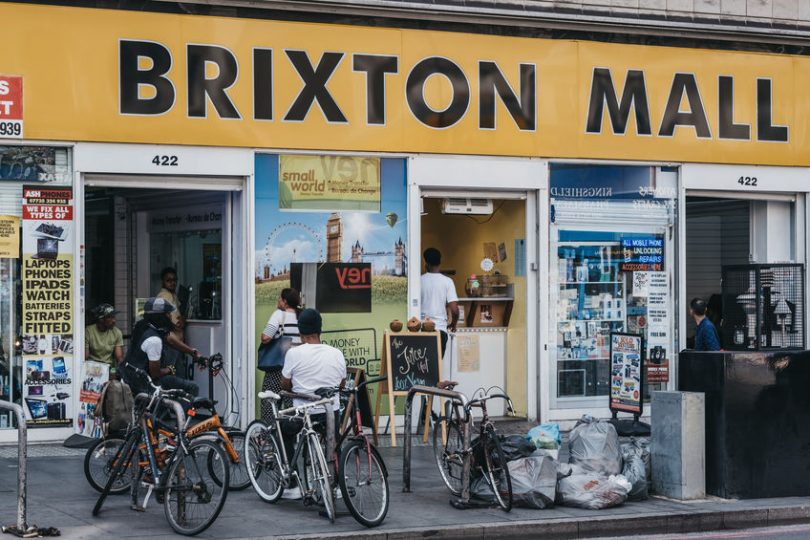 Brixton in London is also known as Little Jamaica. As one of the most ethnically and culturally diverse areas in the world it’s no wonder that Jamaicans have made their mark on the city. Once known for being a neighborhood bound in strife and crime, over the years the residents have worked hard to transform it into a must-visit center of Jamaican culture.

The following are 10 things that everyone should know about Little Jamaica and its place on the world stage.

1. From 1655 to 1962, Jamaica was a British colony and many who immigrated to London settled in Brixton.

2. Brixton was hub for change and has become known for four primary things – the Brixton Uprisings, Brixton Prison, Brixton Market, and being the center of black British culture.

3. “Yardie” was an expression used by Jamaicans to denote someone from their home prior to the 1990s when the term became associated with criminals in the media. 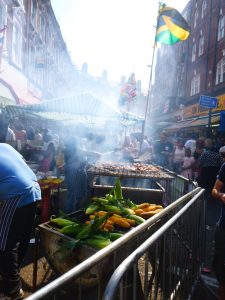 4. Following the labor shortages in the wake of World War II, almost 500,000 people from the Caribbean moved to Britain with many settling in Brixton.  They’re known as the Windrush Generation.

5. “Duke” Vincent Forbes is credited with changing the face of music in 1954. He set up a basic sound system, blasted the base while playing ska and calypso. The sound had an influence on artists ranging from The Kinks to the Rolling Stones, along with American R&B, grime and hip hop. His first British event took place at Brixton Town Hall.

6. Claudia Jones, who was deported from the UK to the U.S., was the founder of The West Indian Gazette. It was the first major black newspaper and was started in Brixton. In 1959, she started the Caribbean Carnival that’s now known as the Notting Hill Carnival.

7. The song “Electric Avenue” by Eddy Grant was about the Brixton Riot of 1981. Today, the street is part of Brixton Market and got its name as it was one of the first in the area to have an electric generator.

9. Jamaican-born author, Victor Headley, wrote the novel “Yardie” that was made into a film of the same name, released in 2018, and marked the directorial debut of Idris Elba. It was set against the background of the struggles of the Windrush Generation.

10. Little Jamaica (Brixton) has become one of the most popular must-visit tourist destinations in London. 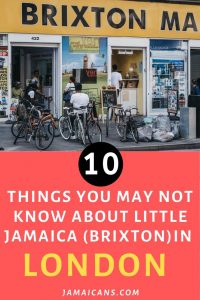 Photo by Clare Whiting on Unsplash