NFL Player Says Usain Bolt Would Not “Make It” as NFL Wide Receiver; Gatlin and Gay a “Better Fit” - Jamaicans.com 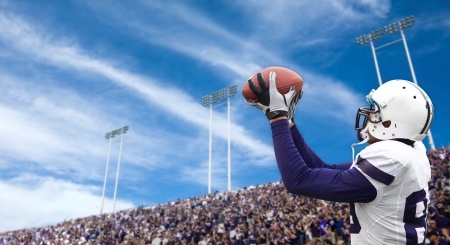 While there has been speculation about the world’s fastest man, Jamaica’s Usain Bolt, joining a team in the National Football League since his Olympic wins in 2008, and Bolt himself says he has declined several offers to do so, at least one player has doubts about how Bolt would perform in the NFL setting. Julio Jones of the Atlanta Falcons told ESPN that many players have the quick bursts of speed required at the NFL level, similar to sprinter Justin Gatlin of the United States. According to Jones, “There’s like a bunch of Justin Gatlins in football. They get to that speed quick and they can catch it before you open up. So it would be hard for (Bolt) to really pull away from guys in football.” When asked about Bolt’s potential as a kickoff returner, Jones noted that this position require the ability to change direction. Jones told the ESPN interviewer, “You’ve got to get to a spot, and then you’ve got to open back up. So it would be difficult for him.” Jones went on to say that Gatlin, who is 34 years of age, might be too old to join the NFL. Bolt is 30 years old. Tony Dungy, former head coach in the NFL and a member of the Pro Football Hall of Fame, has said that Bolt could “scare” opposing defenses, but that he wasn’t sure Bolt could “survive” NFL play, because the physical demands are different than those experienced by Bolt during his training for sprints.