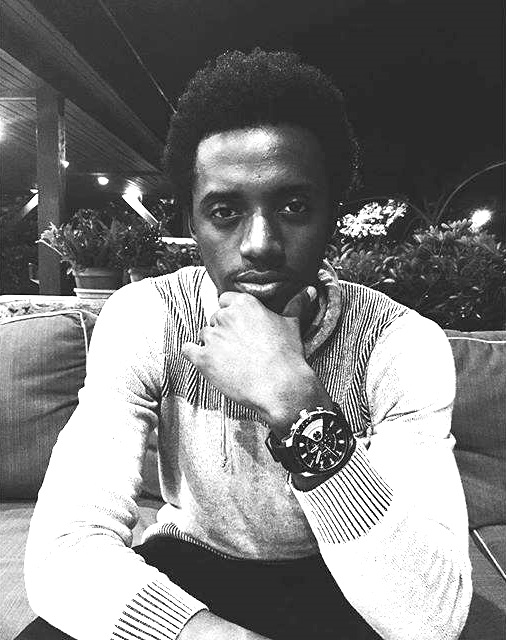 Romain Virgo has captured the hearts of many Jamaicans, as well as an international audience, with his smooth voice and genuine lyrics. The reggae singer entered the public eye in 2006 by participating in a high school choir competition, All Together Sing. The next year his popularity skyrocketed after winning the grand prize in Digicel’s singing competition, Rising Stars. Since then, Virgo has worked with Donovan Germain and other Jamaican producers to make hits like “Mi Caan Sleep,” “Wanna Go Home,” and “Live Mi Life.” The 26-year-old is currently working on his third album, Love Sick. At Caribbean Rocks NYC, Richard Bryan and I had the opportunity to interview and see Romain Virgo perform. Here are 12 things you did not know about Romain Virgo.

1. How would you describe yourself?
Romain Virgo, reggae artist, from St. Ann, Jamaica. I live in Kingston now in the middle of all reggae music. I think music is my life and that’s what defines me being successful.

2. When did you get started making music?
I’ve been singing ever since I knew myself. But I think I got a breakthrough through a choir competition in Jamaica called All Together Sing, a high school choir competition. In 2006 I entered a competition called Rising Stars, which is similar to American Idol. I won in 2007. From there on I’ve been making music with some producers in Jamaica. Donovan Germain and a few other top producers in Jamaica. My first song, or first big song, was probably a song called “Mi Caan Sleep” by Feel Good Riddim. I have two albums out now and I’m working on the third one.

3. How would you describe your sound?
My message is love, in whatever I do. I think people, my fans, see me as a lover drunk singer maybe because I sing a lot of love songs. Ninety percent of the songs are love songs.

4. Is this third album the same kind of sound you have come to develop?
This third album is called Love Sick and Love Sick is a story. There are songs on it that aren’t necessarily rude reggae music or lovers music. It’s just music and what I’m feeling inside and the way we want to put it on record. And we think people are going to love it. This is my third album and we are trying to just make it different and give people a different sound. We always try to introduce people to different aspects, different sides of my talent. I never want to lock myself in a box and say this is all I can do. I’m a singer at the end of the day. There is music that isn’t necessarily reggae, or dancehall, or roots reggae, or whatever, or lovers rock, but I think it’s music that people are just going to love.

5. When is the album coming out?
Summer for sure. We are looking at August. We plan on doing it differently. We are shooting music videos for songs that aren’t released that are on the album that is going to release maybe next year. We are just kind of trying to do it a bit different from my colleagues.

6. Do you have a music inspiration or childhood hero?
Music inspiration, starts with the family too because my mommy sings, my daddy sings. My daddy plays musical instruments. Even though I didn’t grow up with my father like that, but I think it’s in my blood. I grew up listening to people like Bob Marley, and Dennis Brown, and Alton Ellis, Beres Hammond, just to mention a few. I listen to people like Otis Redding, and Marvin Gaye. That’s the kind of music that plays inside of the house. I couldn’t get away from real music and soul music at the end of the day.

7. What is your greatest musical achievement?
I would say to still be here, to still be relevant in the eyes of the people. We make music. We don’t try to make hit songs. The people decide that for us. We just sing from out hearts and whenever the song reaches the people they decide that. I’m just enjoying the moment. Enjoying being alive. And to make the music I want to make and to touch people across the world, whether it’s just ten people that are tuned in to me or it’s a million, or a billion. We are just making music that makes sense.

8. If you were stuck on a deserted island and could only bring two albums, which albums would you bring?
That would be hard to decide, to be honest with you. I don’t think I would bring any of mine because I don’t know how I would manage. There would be too many love songs. I would want some inspiration to go on because it’s a desert island. I don’t know. It’s hard. There are so many albums that I love and respect. It would have to be more than two.

9. What’s your favorite movie?
I’m just getting into movies. I just watched the best series in the entire world: Breaking Bad. I think they need to have a part 2, 3, 4, 5, 6, and 7. I’m just getting into movies and especially series. Breaking Bad is really different and it makes me think a lot. I like when things are unexpected. You see things and you don’t know what’s next. That’s what I love about them. It keeps me wondering, what is coming next. Everything around me gives me inspiration.

10. What was it like growing up in Stepney, St. Ann?
Life was good. It’s not a rich community or I didn’t grow up in one of those kinds of families but I’m happy I was born and raised that way. I think the values that my parents and my community at large kind of put out, that is what is keeping today and keeping me busy and trying to stay in the right lane and do the right thing. I give thanks and praise. Stepney is somewhere where if I want to relax my mind and just go back to the roots and keep connected to the roots. That’s where I have to go back to. I love my family. Most of my family is there. I always have to go back home but, it’s beautiful. My community is like a family community. It’s somewhere that no matter how far I go in the world I can’t forget.

11. Do you have a favorite song on the new album?
It’s hard to decide. I have between fourteen and fifteen songs that are going to be on the album. I see every one of them just like how a parent would look at a child. None is more special. I don’t have none that I can say, this one is more special than this one because all of them are from the heart. It would be unfair to judge one and say this is the best one. I will allow the people to decide which one is their favorite of the best one. I made an album. I don’t want anybody to take away one and say this one is not, especially this third album.

12. Do you remember your first performance?
Yeah, I remember that clearly. I go to church. I’m a church boy. Growing up, I remember the first time performing was at my church, Stepney Tabernacle Church. I was humming the lines of Amazing Grace, Sánchez version, inside of the church. That was the first time singing, and then from there it was just a nonstop thing for me. I didn’t see a music career at that age. I just saw it as fun. People said that I have a talent, even back then I didn’t take it seriously. It was probably in high school that I started taking it seriously.

Thank you for your time.
Blessings