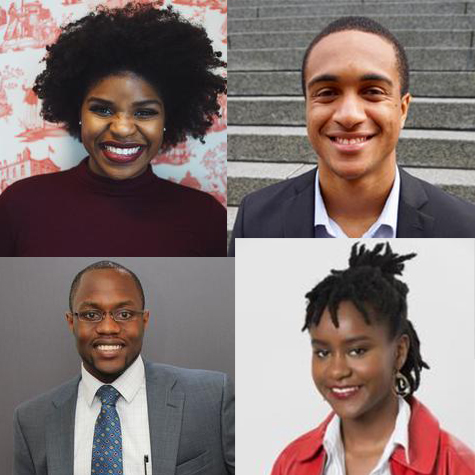 Thirteen Jamaicans have been honored for their exceptional leadership and volunteerism in the Caribbean American community by receiving the 30-under-30 Caribbean American Emerging Leaders/Changemakers Award. The award is given to those who demonstrate leadership in the United States a CARICOM member nations, or a non-independent British, French of Dutch Dependency. A list of the 13 Jamaican awardees follows.

Anita Antoinette Fearon, a Jamaican American reggae singer and songwriter born in 1989, was named in the Cultural Leadership category. She is best known for appearing on the television singing competition on NBC “The Voice” in Season 3. She was born in Kingston and is the daughter of reggae legend Clinton Fearon, co-founder of the roots-reggae band “The Gladiators.” She is a self-taught guitarist and singer who began writing her own music as a teenager. She has a degree in professional music with a concentration in music business and songwriting from the Berklee College of Music in Boston, Massachusetts. Sofiya Ballin of Jamaica, 22, was recognized in the Media/Community Activism category. She is an award-winning journalist at the Philadelphia Media Network, content creator, artist, speaker and entrepreneur. She is current a host and feature reporter at Philly.com, as well as the found of #BlackHistoryUntold, Wuk Party, and The Electric Lady Series. She graduated from Temple University with a degree in Journalism. The daughter of two Jamaican parents with two sisters, she uses her skills as a journalist and content creator to expand narratives of marginalized communities and has explored topics such as the importance of black history education, reggae and afrobeats music, and the issues surrounding womanhood. Jamaica’s Ariel Campbell, 24, was recognized in the Media/Community Activism category. She lives in Las Vegas, Nevada, and is an actress, dancer, radio personality, special education teacher and social justice activist. She was born in St. Ann’s Bay and immigrated with her mother and sister to Brooklyn at the age of six. She is a graduate of Howard University with a degree in Radio-TV and Film. She also has a Master’s from the University of Las Vegas in Special Education. Currently teaching a group of kindergarten, first grade and second grade students at Martin Luther King Jr. elementary school in Las Vegas, she is also very active in the community as a member of a local nonprofit and hip-hop dance group “Culture Shock.” The group performs in Las Vegas and Los Angeles for social causes and fundraising events. She is also a monthly volunteer at the Las Vegas Rescue Mission Honored in the Community Leadership category is Orane Douglas, 24, a full-time student who is working on a Masters in Public Health in Health Policy and Management. He is also a full-time
Research Data Specialist at Northside Hospital in Atlanta, Georgia. He works to improve his Atlanta community and his home country of Jamaica through local and global health fairs. He linked up with Caring Hub, Inc. through a Jamaican cancer patient at his job and focused his energy toward making the best health care impact he could. A year after joining the group, he was its Director of Quality Assurance and Compliance with responsibility for the oversight of its growth strategy and operations. Since then, the organization has donated over 10,000 supplies valued at over $100,000 to a hospital in St. Elizabeth. Jamaican Ifetayo Harvey, 24, received recognition in the Community Leadership category for his work with the Communications Associate/Drug Policy Alliance. Known as “Ife,” she is on a mission to end the global war on drugs. A graduate of Smith College, she has personal experience as a child of an incarcerated parent, and her understanding of the shame, stigma and taboo associated with having parents in prison has inspired her to share her story in order to improve the lives of children in similar circumstances and education society about the issue. Santana Morris of Jamaica, 26, is the founder of the Jamaica Intensive Reading Clinic. She was honored in the Community Leadership category. An educator with a strong belief that aa personal commitment to change, passion, experience, and love for children creates excellence. She contributes to nation-building and leadership efforts with participation in numerous community projects, including feeding programs, female empowerment sessions, literacy awareness session, parent seminars, youth empowerment, literacy campaigns, HIV/AIDS fundraising, and environmental causes. She is executive director of the Jamaica Intensive Reading Clinic, leading a team of more than 100 volunteers to implement Island Summer Reading Camps across Jamaica. Over 2,000 children have benefitted from these camps. Sontenish Myers of Jamaica, 27, was recognized in the category of Cultural Leadership. She is a filmmaker who has made many films about Caribbean culture and society, attempting to balance culture and capacity to succeed in a harmonious manner. Her films are meant as a lasting legacy for young people and offer a means for cross-generation fellowship. She continues to attend film school at New York University and has made a dozen films to date designed to elevate Caribbean culture and heritage. Honored in the Cultural Leadership category was Sherine Powerful, 28, the founder of the Caribbean Public Health Network. She was born in Jamaica and raised in the Bronx, New York, and is a cultural ambassador and entrepreneur who is dedicated to focusing on the Caribbean in her life and work As a public health practitioner, she has worked with global and domestic Caribbean nonprofits, including SocaMotion, carBEING, Caribbean Women’s Health Association, Population Services International Caribbean, UNFPA Guyana, and Antillean Media Group. Recognized in the Entrepreneurship category was Shamir Sadler, 28, who is the founder and CEO of Smart Term. He was nominated for his leadership skills and service as an entrepreneur and leader in the community. In 2011, he founded a nonprofit to provide a means of interaction between Caribbean students in the Washington DC, Maryland and Virginia region. He graduated from Howard University in 2012 with a BS in Computer Engineering and has worked with companies like Microsoft, Goldman Sachs, and Jibe, He has founded his own technological advancement organization focused on the Caribbean region and developed the LMS platform, which provides a one-stop learning management solution for schools throughout the Caribbean. Khalil Smith, 23, was honored in the Student Leadership category. He is a student reported and producer of Host/University of Akron-ZIP TV. He is the originator of the UAKron sports radio program, The Blitz, and the product and co-hose of the weekly broadcast, which is streamed live throughout the Akron and Cleveland, Ohio, area. The program provides up-to-date information, news, and commentary about sports, and includes guests including students, faculty and sports industry professionals. His strength, perseverance, leadership, and maturity in creating a place for himself in the student community on campus led to his nomination. Shawdae Thomas Smith, 28, was recognized in the Academic Leadership category, for displaying excellence and leadership in academics. Her grades were always at least 4.0 and even higher. She provides an inspiration to the young people in her family and all who are not born with privilege, but who fight to create a good place for themselves in spite of the circumstances they may find themselves in. She works for Kyta Beez Media.

Tafari Turner, 22, was recognized in the Student Leadership category. As a graduate advisor/CSA/Southern Connecticut State University, he has been a committed member of the SCSU/CSA since 2012, when the group was formerly known as the West Indian Society. He became the public relations officer for the group and served from 2014 to 2016. He currently serves as graduate advisor and mentor to other group members. He is also one of the most popular DJs in the area, bringing the sounds of the Caribbean to SCSY for some five years.