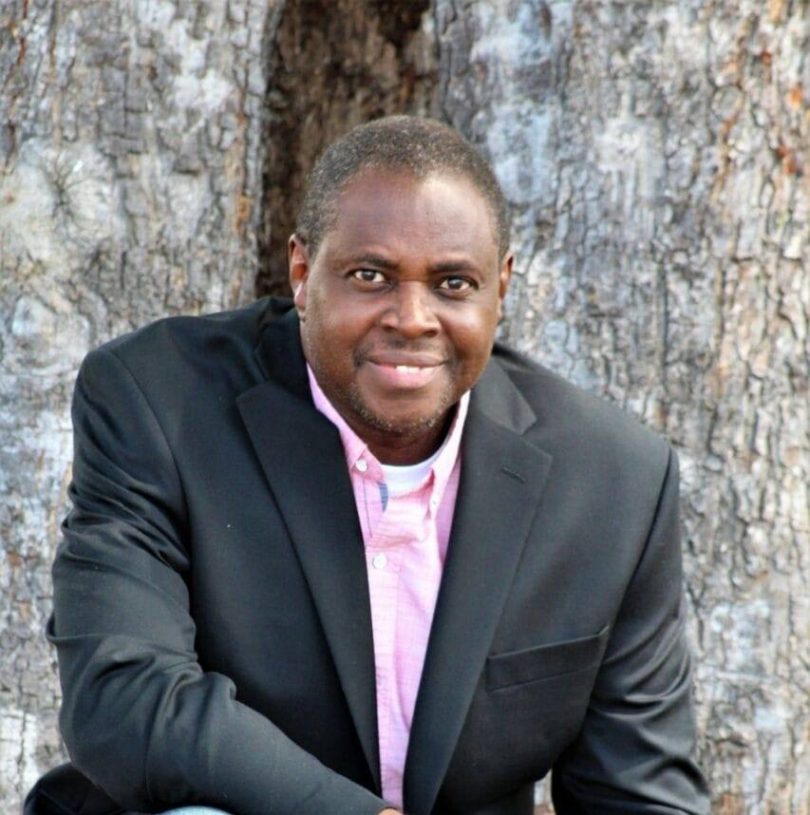 Basil Dawkins is a venerable and lauded playwright. I had the opportunity of speaking with him recently about his work:

1. Tell us about your background and how you become interested in writing and directing plays.
My name is Basil Dawkins and I was born in Portland. My mother was a social welfare officer, so wherever she was transferred, that’s where we lived. I lived in Manchester until primary school age. Then I went to high school in Westmoreland and lived in Kingston while attending University.

My mother was a social welfare officer under the Norman Manley era and part of her remit was to develop all the skills and trades in the particular communities she was assigned to. This involved her having to do community mobilization and animation through drama and theater. So the Social Welfare Department would send down scripts to the social welfare officers, who would then have to get groups together to do theater and come up with a production addressing issues that the government would have been grappling with at the time, like literacy, migration where children would be left behind, and those kinds of issues.

I remember seeing lots of scripts at home at an early age. I may have gone to one or two rehearsal, but I had no interest at that time in theater or drama. In high school, I was contemptuous of theater; believing it was people who couldn’t play football or cricket who did theater. At that time, the theater was all about highbrow drama, Shakespeare, and wearing tights, which never appealed to me at all.

When I went to University, I had to attend a play put on by Trevor Rhone called Smile Orange. I enjoyed it tremendously and became thoroughly engaged. I was surprised that at my age, I understood theater could be enjoyed. It was my first time seeing a play I could relate to. Carl Bradshaw and Grace Meghie are the two people I remembered from that performance. It was then that I thought this was something I could get my teeth into. I was terrified of the fact that I would be such a late starter.

2. How old were you when you saw the Trevor Rhone play?
I must have been about 20 or so. I can’t recall the exact age, but it left a seed in my mind. I remember my mother used to tell me that maybe I should consider doing theater and drama because I was so shy and that it would make me less terrified of people. A few weeks after, there was a call for the inter-hall drama society festival. I heard rehearsals going on and went to see what was happening—that’s when I got called in to act as an extra in a crowd scene. I was coerced into taking part in the play by the director. Eventually, I had one line. I studied it like I would study a Shakespeare sonnet. I spent hours doing that one simple line.

On the night of the performance at Tats Creative Arts Center, in full costume with my girlfriend in the audience, I took to the stage feeling good that “I’m now performing.” Then I heard someone saying my line. I was angry that someone else took my line. I accosted the person at the end. Only then did I find out that they had waited for what seemed to be a long minute and thought I was completely out of it so he had to say the line. I don’t even know what happened except that someone else said my line. It was an embarrassing joke for me and the major joke in the halls for the next week. That was my theater baptism.

After that as an undergrad, I went on and acted in about 14 plays. This was a lot for an undergrad, considering that my major was political science. I started attending workshops and became quite a competent actor. On graduation, I couldn’t continue with acting because of my work schedule. The only way to stay in the theater was to write. It was my attempt to be in touch with something theatrical without being on a stage.

I wrote Flat Mate (which won a Bronze medal) but was told I had to have it produced as a play. As long as a play is written you are pregnant until it comes to the stage, you have not yet delivered! Flat Mate went to stage in 1980, 29 or so plays and 30 years later I am still consumed by the theater. That first play opened at the Barn Theater in February 1980 and ran for six months.

3. What was the inspiration behind Flat Mate?
The inspiration was to stay in touch with theater by writing a script, while I was pursuing my career. I wrote plays to pass the time while I was staying in strange hotels in cities away from home. I was intrigued by ladies, in particular, how they were able to live with incomes less than mine, how they maintained and lived their lifestyle. The story was informed by my curiosity of how flatmates manipulated their circumstances to pay rent and survive. I call my plays ‘dramedy,’ although the stories can be tragic you don’t feel deflated by the tragedy.

4. You’ve gone on to write 29 plays after your first. What common themes resonate with audiences?
The theme seems to be the liberating impact of forgiveness and the trauma of unforgiveness; that forgiveness is actually practicing love and is most liberating for the person doing the forgiving. Those themes run through most of my plays. Most are concerned with the block of being unable to forgive while others deal with the liberation of forgiving. The topics that chose me are always issue-oriented topics that I know the society at a given time might be grappling with, but can’t find a non-threatening way to give vent to it. My plays provide a kind of platform where dialogue and conversations can be had without it being acrimonious or accusatory.

5. What advice do you have for young script and playwrights?
My advice to people who involve themselves in the theater is that they should really look more at writing. Yes, you don’t get the curtain calls. But as a playwright, you are able to choose your topics. You only write about what you are interested in, and hopefully what the audience is also interested in. As an actor, you have to work with the script. I like the freedom of choosing my topic and delving into it.

Secondly, you can choose how you want to angle your words. You can make it tragic, you can make it comedic, or anything in-between. You can write according to your comfort level, while hopefully remaining relatable, relevant, and having some resonance with your audience. I would also advise playwrights to attend all plays: good, bad, and indifferent.

Learn from everything. Learn what makes an audience fidgety, what’s not working, and the audiences’ reaction to what’s happening on stage. Read other plays, do not just watch the production. Learn to listen and observe your society.

6. What is your next project?
All I know is that it has to be opened on December 27. That’s all I know. That’s what gets me ticking when the urgency sets in. I don’t know what I’m going to write about yet. Once I think this current baby can walk, I start paying attention to the next project. Right now, I’m looking at tours for the current project. I know that I want theatergoers to be engaged in their emotions, crying in the middle of laughing. I am being held to walk the straight and narrow by my audience’s expectations. If I depart too much I have to ensure it is engaging emotionally, an issue that is relatable and one that is handled with the values and attitudes consistent with a good and learning society.

7. Is the play ‘Pressure Drop’ a sequel, since it has the same characters as your current play?
Maas Mat is a sequel. Pressure Drop is the play where the urban children go to live with Maas Mat in the country because they had fallen on hard times. In the sequel, Maas Mat is the one who comes to the city. While they are related, you don’t have to see one to understand the other—both stand alone.

8. Are any of your plays transferred to video?
Not professionally done, but now there are people who have expressed interest. I’m looking at a platform similar to Netflix. I would, however, recreate and rewrite the play as a movie, unless of course, that is what the producers would want to do. One of the challenges is that we do not have the critical mass of people who are willing to pay to make that feature viable. I’m not giving up, but perhaps the next generation will take up that banner.

9. As the Thinking Man’s Playwright, you would have an audience wherever Jamaicans and other Caribbean people settle. Tell us more about that.
I’d like to see more manifestations of my plays in Africa, wherever English is spoken. I do not say ‘no’ to any opportunities or offers. I’m willing to look, work, and make things happen.

10. What’s your guilty pleasure?
I like dancing. I like to dance, good dancing, anything. I learned any kind of dance just to dance it, whether waltz, reggae, or traditional. I like music, but prefer to be able to dance to the music I’m hearing. I don’t dance often enough, but nothing pleases me like an oldies session with the Merritones. I definitely loved the late Waterfalls in Kingston for 16 plus years. It was the place to be on a Thursday night.

11. Who is your hero?
My mother and one or two teachers, but by and large my mother. I’m mindful of her, even while I write, I have a standard. I won’t put something in a play which, if my mother were in attendance with her church sisters, she would be embarrassed by.

12. Which movie do you never tire of watching?
Officer and a Gentleman and Dirty Dancing.

13. Do you have any closing remarks for the Jamaicans.com community of readers?
I’d like the readers to know we don’t only produce farce and comedy, we do other things that we are not known for, maybe because that’s not what the promoters want. When you come to Jamaica, check out the local theater scene. They might be pleasantly surprised by the offerings in Kingston.