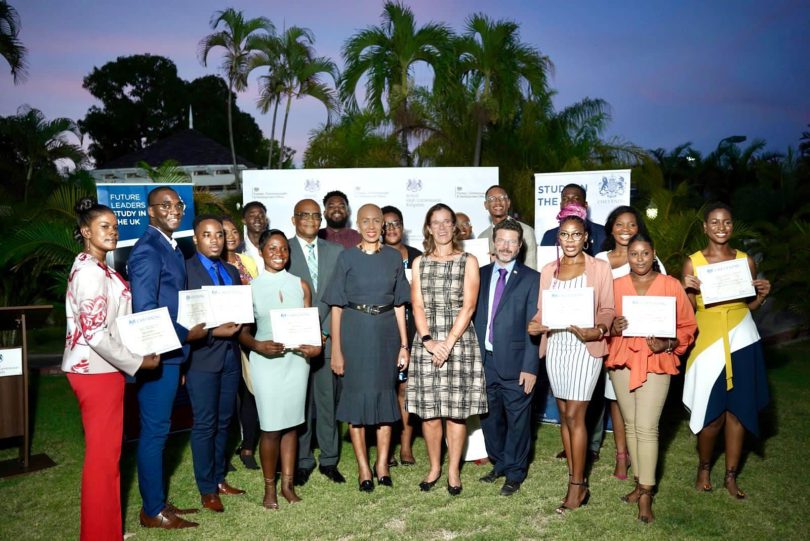 The British High Commission in Kingston, Jamaica, announced the award of the Chevening Scholarships for 2022 to 16 Jamaicans. This will increase the number of Jamaicans who received the scholarships since their inception in 1984 to more than 280. The awardees were selected from a shortlist of some 50 individuals who had been chosen from a total of 400 applications for the 2022-2023 period.

The prestigious Chevening Scholarship is provided by the government of the United Kingdom and is designed to develop international leaders by giving individuals the opportunity to pursue one-year master’s degrees in the UK. The scholarship is meant for future leaders and decision-makers worldwide to develop professionally and academically, as well as to network, experience the culture of the UK, and make positive, lasting relationships with the UK.

Among those receiving a Chevening Scholarship in 2022 are Rhynee McKay-Bennett, the principal of Kellits Primary School in Clarendon, who will attend University College London to pursue an MA in special and inclusive education; Major Richard Robinson, Detachment Commander of the Caribbean Special Tactics Center of the Caribbean Military Academy in the Jamaica Defense Force who will attend Cranfield University to study counterterrorism; and Detective Damoy Douglas of the National Intelligence Bureau who will study intelligence, security, and disaster management at the University of Derby.

The other 2022 Chevening Scholars from Jamaica, their MA pursuits, and the UK institution they will attend include”