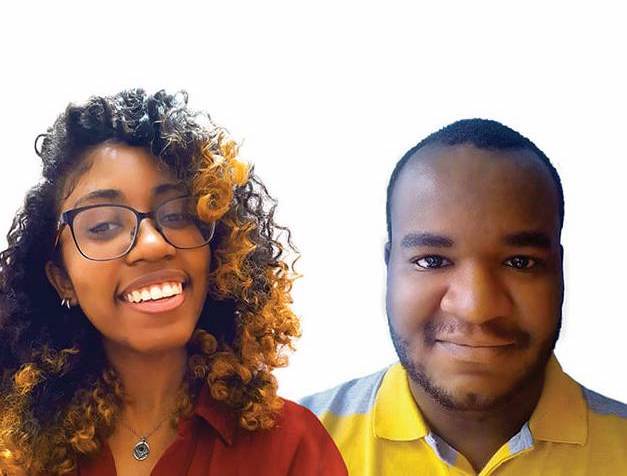 Chevon Irving and Tajha Winkle, who are majoring in animation at theUniversity of the West Indies (UWI) Caribbean School of Media and Communication (CARIMAC), will become members of a local production team that will produce a short animated film to be aired during the 52nd season of the internationally known children’s television pioneer Sesame Street. Irving and Winkle will join George Hay, a local animator who is their project adviser and mentor, to create the animation film entitled “11 Robot Reggae Band.”

The two students and their mentor were chosen from individuals who entered the KingstOOn Animation Conference and Film Festival. They had answered the call from Sesame Street for new pitches, which was opened to citizens and permanent residents of Jamaica who were enrolled as students. Submissions from artists were solicited and reviewed by Kimberly Wright, a film producer for animated and mixed-media short films at Sesame Street for inclusion in the show’s 52nd season.

This is not the first time that KingstOOn has provided Jamaican and Caribbean animators with the chance to develop content for Sesame Street. KingstOOn continually offers animators in the region to profit from their projects and showcase their unique and diverse content. Sesame Workshop, the organization behind Sesame Street,which was established in 1969, seeks to act as “an innovative force for change.” Its mission is to help children worldwide become “smarter, stronger, and kinder.” The show has a presence in over 150 countries and offers programs based on rigorous research and customized to the cultures and needs of the communities served.

Wright told The Gleaner newspaper in a press release that she was excited about the partnership the show has made with the young Jamaican creatives, noting that Sesame Street producers are eager to see what will be presented in the pending production. Sesame Street has a long history in Jamaica, she added, beginning with a partnership with Beaches Resorts and currently with KingstOOn. “We’re pleased to continue showcasing the invaluable talent of local animators and artists, and we are so excited to commission the film titled 11 RobotReggae Band for our Season 52 line-up. We are excited to work withChevon, Tajha, and George,” Wright shared.

The animators Irving, Winkle, and Hay are ready to follow in the footsteps of the Listen Mi Caribbean team, which produced a live-action short that was broadcast during the 50th season of Sesame Street in 2019. Speaking For the team, Irving said they are honored to have the chance to work on a project for a show that is as “big and monumental” as Sesame Street and that they are “beyond words” at working on a project that will be seen by the entire world. Irving added that”it’s a very big deal.”