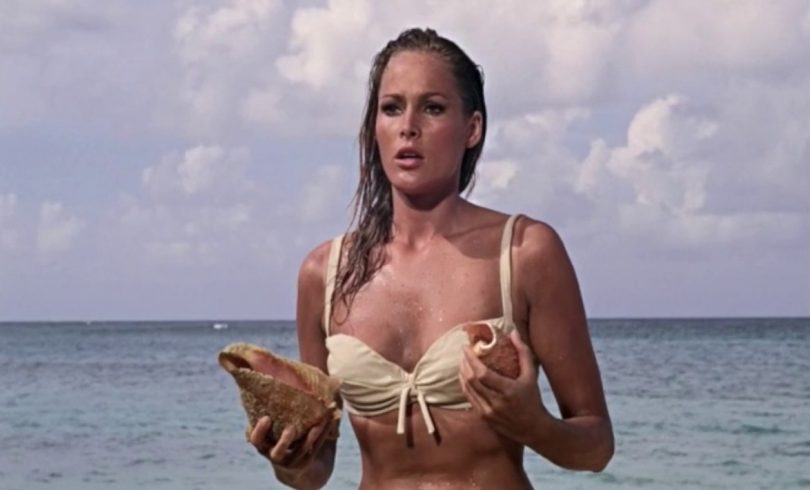 Brush up on these surprising connections ahead of the 25th film being shot in Jamaica, 007’s (James Bond) favorite Caribbean Island

It’s been almost 60 years since the first Bond movie was filmed. This year, the 25th Bond returns to the famous winter home of Ian Fleming, the man behind the books. The 007 books and films are brimming with an abundance of Jamaican landmarks, particularly in the three stories set on the island: Dr No, Live and Let Die and The Man with the Golden Gun, but there’s much more than meets the eye when it comes to Bond’s connection to Jamaica.

In preparation for the forthcoming 007 blockbuster which is being shot on the island this year and released in April 2020, fans can travel to the locations frequented by the author and his characters. Whether it’s staying at the Half Moon resort where Bond spent a night with Rosie Carver, relaxing on Laughing Waters Beach where Ursula Andress iconically emerged from the water or touring the lesser-known locations where Dr. No and Live and Let Die were filmed, Jamaica will captivate holidaymakers looking to step into 007’s shoes.

See below for the top 25 facts:

1- Two James Bond films were made near the town Oracabessa where the 12 original James Bond novels were written. Dr. No and Live and Let Die.

2- The White River dividing the parish of St. Ann and St. Mary is the location for the river scenes in Dr. No.

3-The famous scene with Ursula Andress meeting James Bond for the first time was filmed at the private beach Laughing Waters in Ocho Rios. Other scenes were filmed at the world-famous Dunn’s River Falls

4- Several Jamaican hotels have been used as film locations in James Bond films. What is now Cottage 10 at the Half Moon resort is the bedroom where Bond spent the night with Rosie Carver.

5- Couples Sans Souci was used as a location in Live and Let Die. Bond’s hotel room is remembered with a special sign, ‘D20.’

6- The iconic voodoo dance scene in Live and Let Die was shot in a restaurant in Ocho Rios in 1973.

7- Bob Marley nearly bought Goldeneye, the home of Ian Fleming, back in the 1960’s before it was eventually bought by Chris Blackwell.

8- Jamaica’s capital city Kingston was a principal location for Dr. No.

9- The home of Jamaica’s Governor General, today called King’s House, was used in Dr. No as the Government House where Bond met UK intelligence at the beginning of his mission.

10- The Grand Port Royal Hotel, (formerly Morgan’s Harbour Hotel) in Kingston was a film location in Dr. No and features in several scenes of the film.

11- Iconic Jamaican soca band, the Dragonnaires led by Byron Lee, recorded and performed, ‘Jump Up’ in the Dr. No film and are on the first Bond soundtrack.

12- Ernest Ranglin, the famous Jazz and Blues guitarist from Jamaica, appears several times on the Dr. No sound track including in ‘Under the Mango Tree’ with his wife Dianna Coupland.

13- The Reynolds Pier in Ocho Rios, part of the Ocho Rios cruise ship facility, was used as Crab Cay in Dr. No.

14- Ian Fleming was a keen bird-watcher and appropriated the name James Bond from a leading American ornithologist. The real James Bond turned up with his wife at Goldeneye in 1964. Fleming said he was, “terribly amused by the whole thing.”

15- The first ever Bond girl from the books, Vesper Lynd of Casino Royale, was named after a cocktail Ian had been given in Jamaica, a mix of frozen rum, fruit and herbs.

16- Two of Ian Fleming’s famous heroines, Solitaire from Live and Let Die and Domino, from Thunderball are named after rare Jamaican birds.

17- The desolate barren swamp scenes of Crab Cay in Dr. No were filmed at the dry swamp at Falmouth in Trelawny.

19- Jamaica was the film location for the fictional island of San Monique in the Bond film, Live and Let Die.

20- The Green Grotto Caves, a tourist attraction on the north coast of Jamaica is the location of many of the subterranean scenes in James Bond, Live and Let Die.

21- The grounds at Rose Hall Great House, an 18th century plantation in Montego Bay, were used in the filming of Live and Let Die. A makeshift graveyard was built on the grounds and the scene of the poppy field was shot in the hills behind the house. 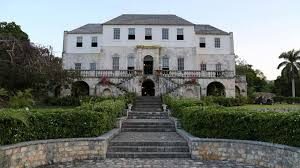 22- Record mogul and founder of Island Records music empire, Chris Blackwell, worked as a location scout on the original Dr. No.

23- Those in the know think that Blanche Blackwell, mother of Chris Blackwell, may have been an inspiration for Honeychile Rider, the Bond girl from Dr. No who like Ms. Blackwell, was the Jamaica-born child of an old island family and a passionate student of sea life.

24- In the book, The Man with the Golden Gun, Fleming based the Bond character and plot across many Jamaican locations, including Morgan’s Harbour Hotel, Green Island and Lucea.

25- Monty Norman, the composer of the iconic James Bond theme tune, has grossed over US$1 million in royalties since the franchise began.

For more information on Jamaica, go to www.visitjamaica.com.

The Jamaica Tourist Board (JTB), founded in 1955, is Jamaica’s national tourism agency based in the capital city of Kingston. JTB offices are also located in Montego Bay, Miami, Toronto and London. Representative offices are located in Berlin, Barcelona, Rome, Amsterdam and Mumbai.

TripAdvisor® ranked Jamaica as the #1 Caribbean Destination and #14 Best Destination in the World in 2019. Also this year, the International Council of the Pacific Area Travel Writers Association (PATWA) named Jamaica the Destination of the Year and TravAlliance Media named JTB Best Tourism Board, and Jamaica as Best Culinary Destination, Best Wedding Destination and Best Honeymoon Destination. Additionally, the JTB has been declared the Caribbean’s Leading Tourist Board by the World Travel Awards (WTA) for thirteen consecutive years between 2006 and 2019. Jamaica also earned the WTA’s award for the Caribbean’s Leading Destination, Leading Cruise Destination and Leading Meetings & Conference Centre 2018 for the Montego Bay Convention Centre. Jamaica is home to some of the world’s best accommodations, attractions and service providers that have won several awards throughout the years.