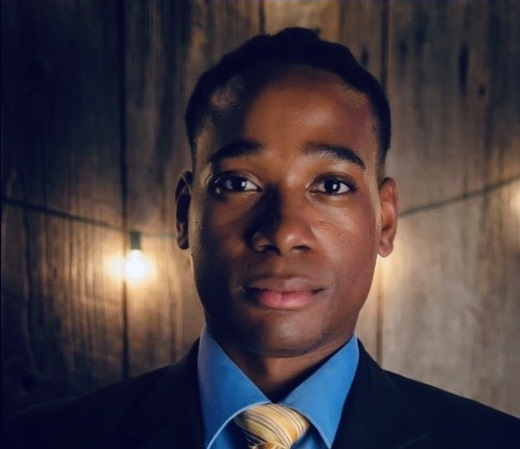 Jared McGill holds an Associate Degree in Business Administration, and is pursuing his Bachelor’s in Business Administration, with a specialization in Leadership and Management. He is the founder and past president of the Afro-Caribbean Club at Trinity Western University in Langley, British Columbia. He serves as the Ex-Officio for the club, giving advice on executing club meetings and events. Before Jared attended T.W.U., he attended the University College of the Cayman Islands.

He attended John Gray High School; where he was a cadet and rose to the rank of Sergeant and subsequently, Cadet Under Officer. While at JGHS he served as Deputy Head Boy, Peer Counselor, and Prefect, and was a member of the Key Club. Upon graduating, he received the Leadership and Community Service award. At U.C.C.I., he participated and served as an opposition member in the Cayman Islands Youth Parliament, achieving best debater.

The following year, Jared successfully vied for the Speakership of the youth parliament. Subsequent to that, he represented the Cayman Islands in the 8th Commonwealth Youth Parliament in British Columbia, as the Foreign Policy Critic for the opposition. Jared is an enthusiastic person who is particularly interested in promoting and extending the rights and privileges of the Jamaican diaspora in Jamaica

What is your connection to Jamaica?
I was born in Jamaica and I am one of three siblings. I am the youngest of the three and the only boy. My parents are experts in psychiatry and counseling. While growing up in Jamaica my mother would share stories about my grandmother who was an advocate for the voiceless to always serve even if you must go the extra mile. Therefore, I am running to make sure that the voiceless are heard.

If elected what will be your main goal in this role for your constituencies?
When elected my goal will be to encourage young Jamaicans to be more active in fostering a stronger connection within our community. However, I will be focusing on the needs of young Jamaicans in Jamaica; as more than not they are neglected. It is not hard for young people to be swayed from being engaged when politicians that were there thirty to forty years ago are still there and little progress is shown on their part; makes no sense to help. However, things have been changing which is why I decided to run. Moreover, I am not running to make a name. I am running to encourage my peers to aspire to inspire. Gone are the days where blaming was the solution. Today is a new day and ACTION is where its at now. Young people are ready to take action. “Talk is cheap action is where its at is it speak volume”-J.M.

Many in the Jamaican community abroad don’t know much about the Jamaica Diaspora movement and its goals. What will you do to change this perception and get all Jamaicans in the Diaspora involved?
My job isn’t to primarily educate the Diaspora that’s the Ministry of Foreign Affairs and Foreign Trade. As stated, my job is my mandate which is to create and foster connectivity among young and experienced Jamaicans; that creates proposals and action plans that solves problems in Jamaica. However, I will try to do my best to change the perception that young Jamaicans have about the government.

Recently there have been some who have expressed concerns about not having a voice and too much government involvement in the new The Global Jamaica Diaspora Council format that is being adopted. Do you have any thoughts on this?
The issue to begin with was that there was a lack of government involvement. We must put our personal issues aside and look about the Progress and Prosperity of Jamaica; Donald Ericson said the “test of time” and Honourable Miss Lou said walk good. So, I say to Jamaica this is the test walk good and don’t pay attention to the doubters. We must work together collectively locally and abroad to build a Jamaica; that’s destined for greatness for generations today and tomorrow.

Is there a cohesive goal for the Jamaican Diaspora that people can rally around?
Yes, but there’s a lot of confusion to young Jamaicans around what actually does the Ministry of Foreign Affairs do. Yes, we know who they are there, but they don’t seem to be actively engaged with Jamaicans and young Jamaicans; but this is changing with this new format called the Global Jamaica Diaspora Council and Global Jamaica Diaspora Youth Council. I think that Jamaicans in the Diaspora just want to be taken seriously and not be plagued by constant negativity about Jamaica. However, being out of the grips of the IMF also know as the International Monetary Fund is a great achievement. Additionally this will not be Jamaica’s last achievement there are more achievements coming and I envision that the Global Jamaica Diaspora Council will be apart and continue to support the “Progress and Prosperity of Jamaica. Afterall we influencers and “wi must walk good like hon mama lou seh.”

Thanks for your time and all the best in the election. Do you have any closing thoughts?
Thank you for giving me the opportunity to share my perspectives. However, I would like to wish the all the best to the newly elected representatives and appointed members. It really is an audacious project that the Global Jamaica Diaspora Council is undertaking, and I am proud of that. Thank you to all of my supporters in the Cayman Islands, United States of America, Canada, and United Kingdom. Also special thanks to the five Jamaicans that nominated me Ziddy, Taneil, Abbi, Eddison and Orane with you five I wouldn’t have been able to be a nominee for the Canada Region.