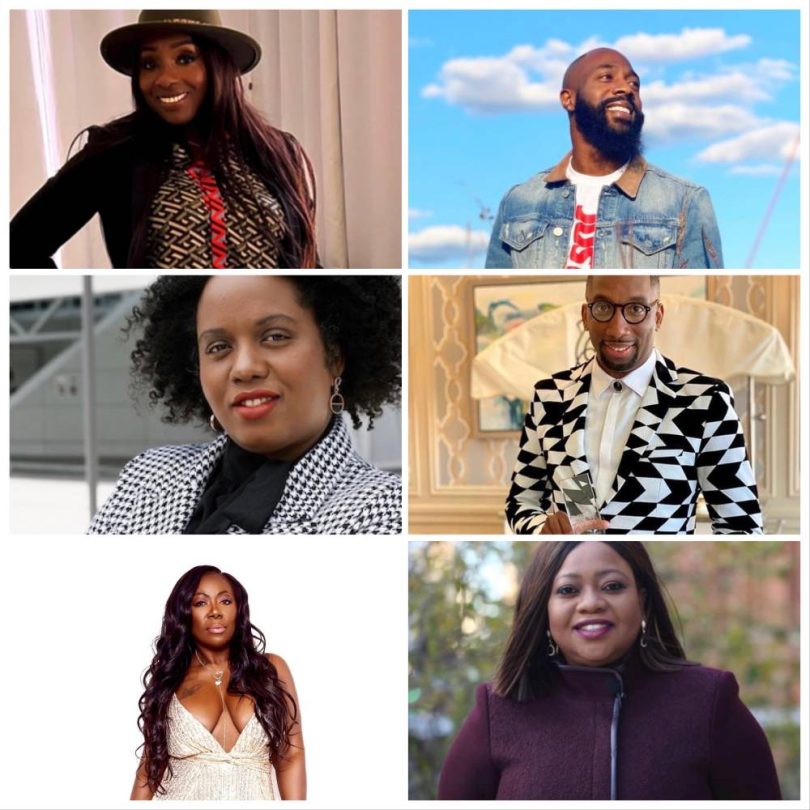 The Caribbean Impact Awards are presented every year at one of the most prestigious events hosted by the Schneps Media publication Caribbean Life. The awards recognize the contributions and achievements of individuals from Caribbean backgrounds who have had a significant impact during their careers in the fields of health care, the arts, advocacy, entrepreneurship, and more. The honorees have shown their commitment to creating and supporting a pathway for new immigrants and inspiring future generations. Six Jamaicans were honored with the awards in 2022: Edward-Richard Hinds, Karen Mitchell, Ingrid Murray, Renae Reynolds, Ruschell Boone, and Adrian Sutherland.

Pastor Edward-Richard Hinds is the executive director for “The GodSquad,” the 67th Precinct Clergy Council, and has been actively working to reduce violence for the past eight years, having himself lost a family member to gun violence in Jamaica. In his role as executive director, Pastor Hinds administers the organization’s operations and serves as a liaison with elected officials, community agencies, and service providers. Pastor Hinds is currently the Youth Pastor at the Rugby Deliverance Tabernacle in Brooklyn and a member of the Community Advisory Board for the SUNY Downstate Health Sciences University and co-chair of the Cities of Joy Campaign for Urban Hop NYC, where he mobilizes and trains clergy in how to bring healing and transformation to New York communities.

Jamaican-born Karen Mitchell is an entrepreneur who is the owner and CEO of True Indian Hair, the Brooklyn Wine Yard restaurant, and New Moon Wine & Liquors. True Indian Hair, which is included within the Umbrella True Hair Company brand, was featured on several television programs, including “Housewives of Atlanta,” “The Today Show,” “Dr. Oz,” “Watch What Happens Live,” “Love & Hip-Hop,” and “The Wendy Show.” Her brand is favored by multiple celebrity clients, including Rihanna, Taraji P. Henson, Naomi Campbell, Kelly Rowland, Lizzo, and Mary J. Blige. The growing demand for Mitchell’s hair products has fueled its expansion from the flagship boutique in Brooklyn to a salon in midtown Manhattan, and boutiques in Queens. She launched her True Hair Care Moisture Rich line of shampoos and conditioners in 2019 and is currently expanding the TIH franchise to Atlanta and Los Angeles.

Ingrid Murray is an entrepreneur and philanthropist from Kingston, Jamaica. As the president and CEO of Prospect Cleaning Services, she was honored with the NYS 2021 Competitive Edges Award for “Best Woman-Owned Business” and the 2022 Inc. 5000 “Fastest Growing Businesses in America.” Murray graduated from Medgar Evers College with a degree in Business Administration. She also earned the Goldman Sachs 10,000 Small Business Entrepreneur Certificate and is pursuing a master’s degree in Organizational Leadership at the University of Cumbria. She was presented with the COVID-19 “Heroes’ Proclamation” by then-borough president Eric Adams for her service to the city and New York State through the MTA. She is well known in her community for her annual Christmas and Thanksgiving food drives, “Free-Soup Thursdays” for the homeless during the winter, and training and providing building service audits for her clients. She also recognizes achievements among her staff members with the presentation of her annual “Golden Broom” awards. Murray also hosts a yearly back-to-school drive in Hellshire Park, Jamaica.

Renae A. Reynolds was born in St. Elizabeth, Jamaica, and is the executive director of the Tri-State Transportation Campaign (TSTC), a nonprofit organization that advocates for mobility, accessibility, and livability in New York, New Jersey, and Connecticut. During her career, Reynolds has worked as a New York City Environmental Justice Alliance manager, been employed by the US Forest Service in the NYC Urban Field Station on programs and research involving social resilience after natural disasters and stewardship of green spaces in New York City. He has a Master’s degree in Theories of Urban Practice from the Parsons School of Design and credits her dedication to hard work and service to her Caribbean heritage and to her strong Jamaican parents who taught her about perseverance, resilience, and resourcefulness.

Ruschell Boone, a daytime anchor at Spectrum News NY1, is a two-time Emmy Award winner whose work has included coverage of the Black Lives Matter protests in 2020 in which she was praised for showing and providing first-hand accounts of the protests in real time. She joined NY1 in 2002 as the Queen’s reporter, and in 2018, became a General Assignment Reporter, receiving multiple Emmy nominations for her live reporting. Many of her stories have gone viral, including an exclusive interview with Congresswoman Alexandria Ocasio-Cortez. Boone became NY1’s daytime anchor in 2021 and also serves as the host of the channel’s series “NY Unfiltered.”

Adrian Sutherland, the vice president of Publicis Sport & Entertainment, is a brand strategy expert who leads media and social media marketing campaigns for global entities including TikTok, Unilever, Coca-Cola, Anheuser Busch, and the New York Knicks. He has also worked in top sports media with the NBA, NFL, MLB, College Sports, Olympics, and the World Cup. Sutherland also serves as the president and co-founder of Minority Voices Prosper (MVP), a platform that provides youth minorities with up-close accomplishments and achievements of people who “look and sound like them.” He is personally invested in programs such as Sport 4 Good NYC Leadership Council, New York Cares, Public School Alumni Mentorship, and Brooklyn Rams Youth Basketball. His speaking engagements focus on career education for under-resourced youth.