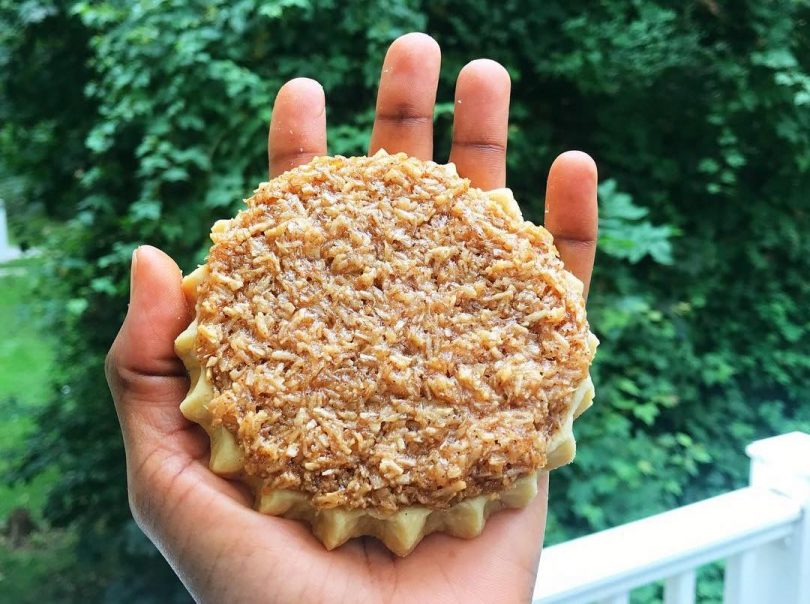 For people of other cultures, candy denotes bite-sized sweets that come nicely packaged. This form of sweet can be eaten all day, every day and if we’re not careful, promotes tooth decay. Desserts, on the other hand, are usually eaten after a meal. There are certain ‘sweet treats’ that are loved by Jamaicans, old and young. These are a bit more than candy in most cases and overindulging is easy. Care should be taken not to consume too much of them as the sugar content is high and Jamaicans tend to suffer from diabetes, which can be controlled with a strict diet. 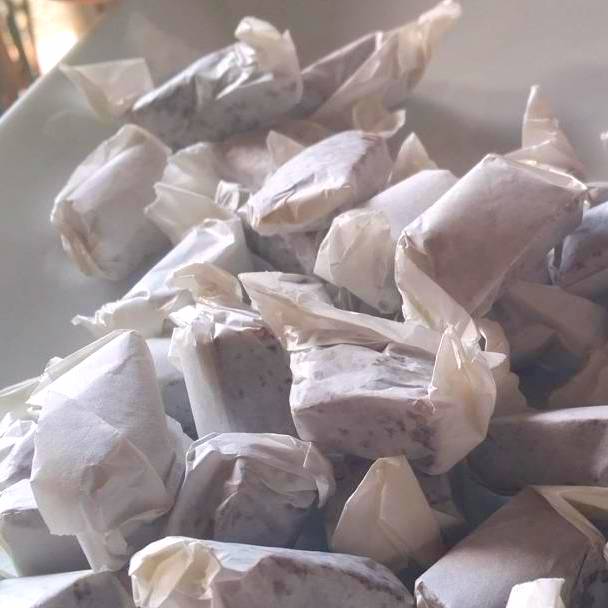 This candy is also called Bustamante Backbone or Stagga Back. It’s a hard candy made of wet sugar, coconut, ginger, and lime juice or cream of tartar. Busta is said to have been named in honour of the Jamaican national hero whose sir name is mentioned above. The Right Excellent Sir William Alexander Bustamante, G.B.E., LL.D (Hon.) had a unique personality and strong character. So back to the busta—the mixture is boiled and sugar is mixed in, then poured onto a cookie sheet and sliced when cool. Children love this mega-hard sweet that has been around for ages, but is not as popular these days. Paradise plums and Ju-Ju are other kinds of candy that aren’t as popular as they used to be. 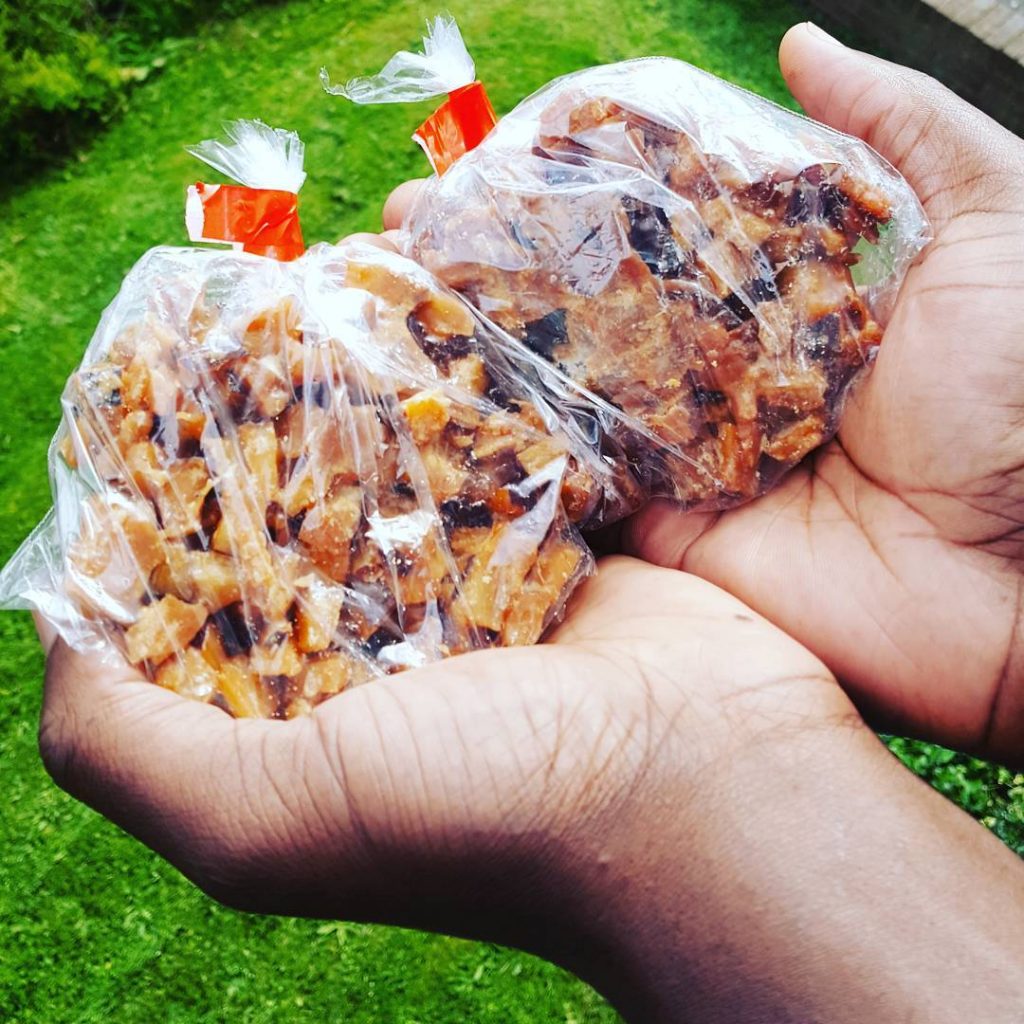 These are made by cutting the dry coconut into slivers and cooking them in brown sugar and flavouring until the sugar is thick. Although only flavoured with ginger and vanilla, there are hardly any Jamaicans who will give coconut drops a pass. Beware, because coconut drops are addictive and you can consume way too many of them before you know it. 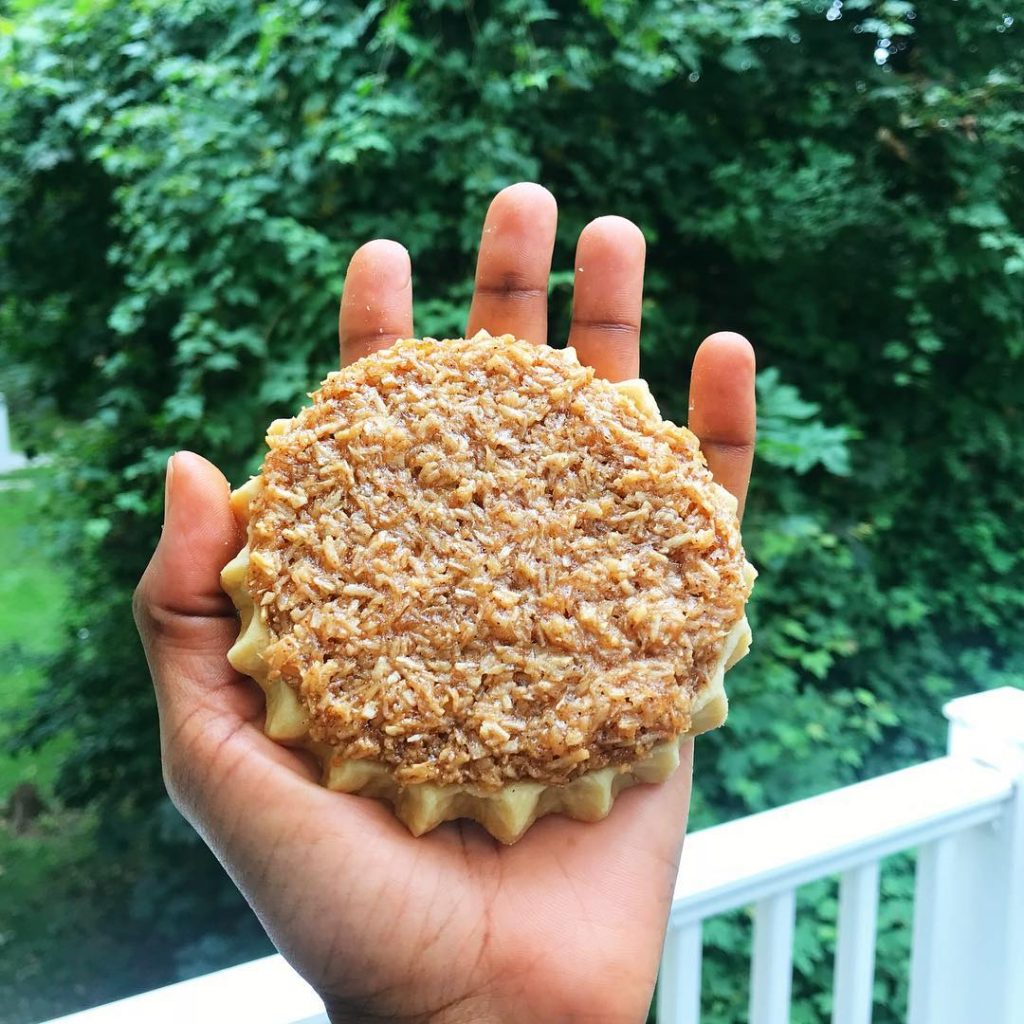 This favourite resembles small, individual pies and starts with a firm, partly baked pastry/pie shell that is prepared ahead of the coconut filling. The edges are crimped to contain the filling. A combination of grated coconut, cinnamon, brown sugar, nutmeg, and water are cooked and then baked in the pastry shell. Some people like the shell crisp and hard, while other prefer it easy on the teeth. 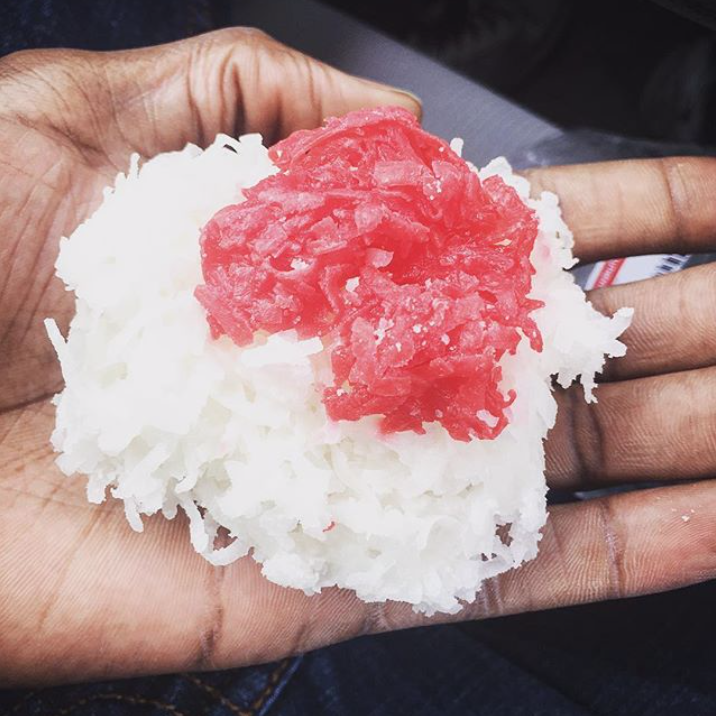 The coconut shows up again in this delicacy. The grated flesh of the coconut is cooked in a combination of granulated sugar and water until sticky. A dash of white vanilla or peppermint essence makes a tasty addition. Grater cake is distinctive in that food colouring is mixed in with some of the coconut, which is dropped on top for a nice contrast. Some people create two layers in different colours. Pink and white are standard. The more adventurous add a dollop of tangerine colouring. 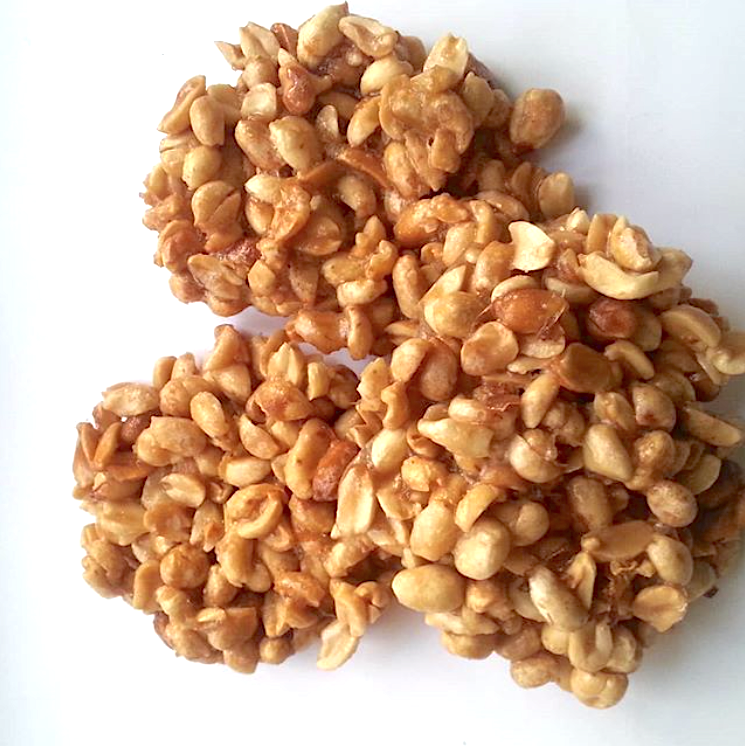 Peanut cake or peanut drops are sold on the streets by vendors every day and is a popular snack. It is easily the most frequently consumed ‘sweet treat’. Similar to the coconut drops, this recipe is made with vanilla, ginger (optional), and brown sugar. The only difference is the roasted peanuts. This mixture is cooked until sticky and dropped by spoonfuls onto grease paper to ‘set’. 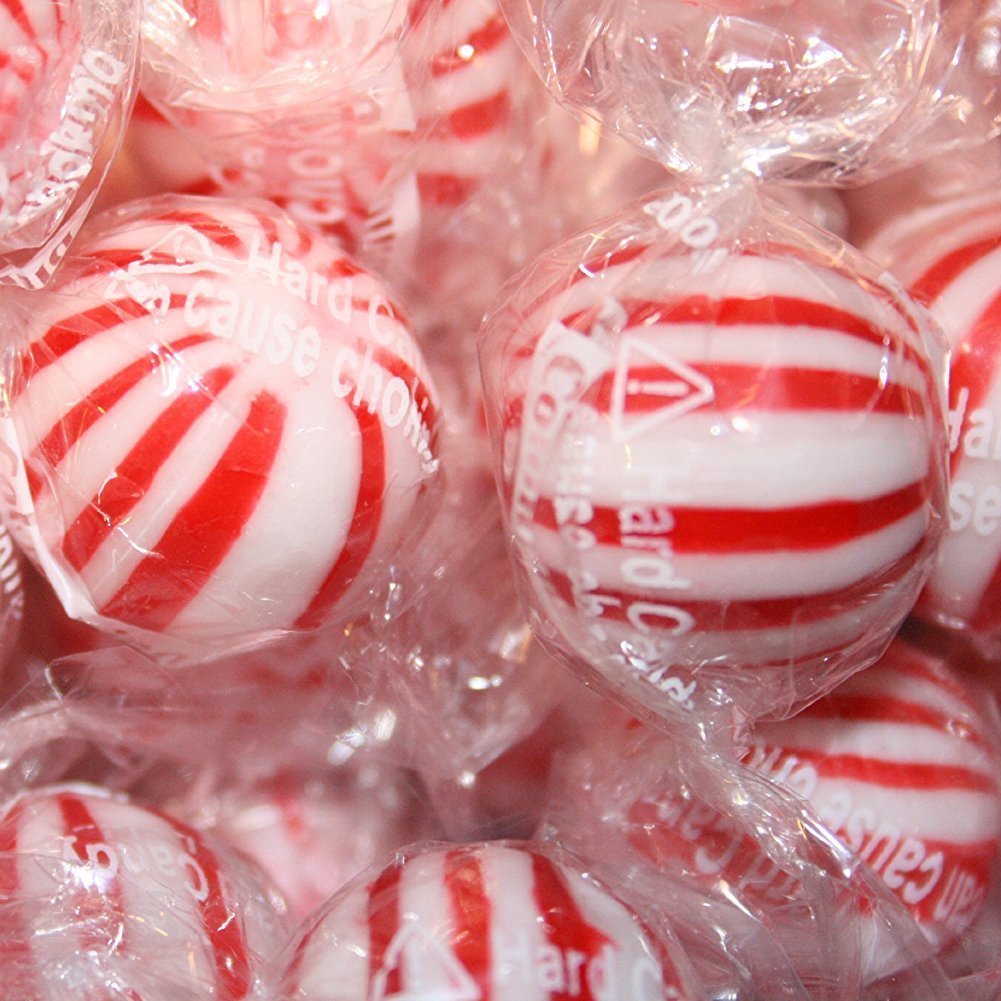 There’s an art to making peppermint candy that most of us know nothing about. This is a simple recipe of sugar and water boiled down to syrup form. The resulting mixture is kneaded and manipulated by hand into a rope-like consistency. Peppermint essence and colour are added and the candy is shaped. The American candy cane comes closest in terms of resemblance, but is thinner than the Jamaican variety. 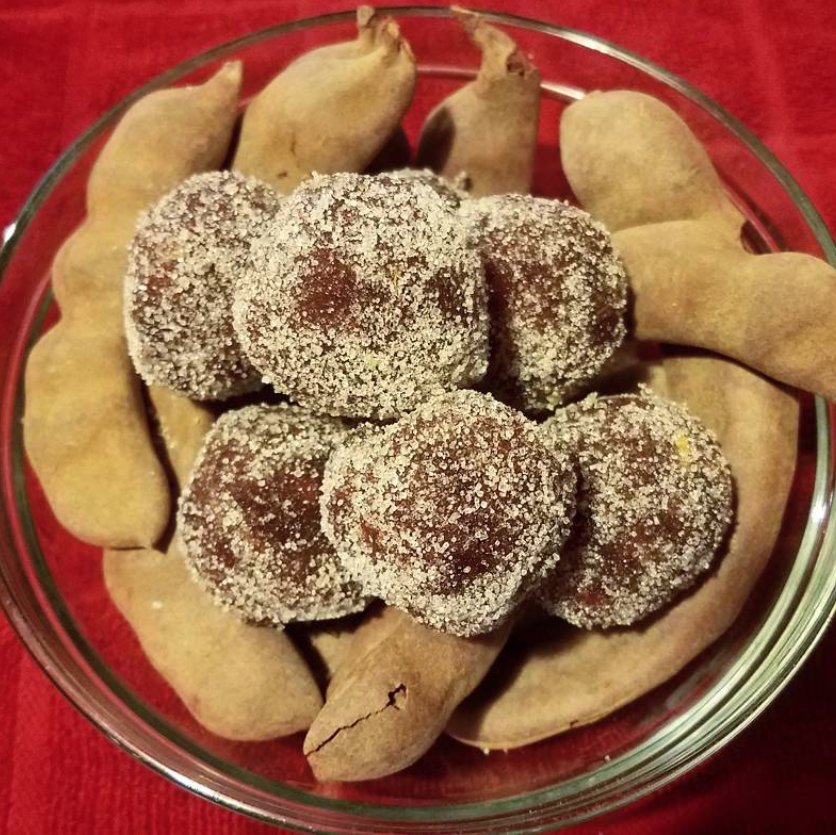 Children love this tangy, but sweet concoction. After the tamarinds are shelled, they are broken up and coated with sugar. Rum is an optional addition. More sugar is gradually added and the tamarind and sugar are rolled into a ball between the hands. Many Jamaicans can remember buying tamarind balls from the vendors at the school gate. Nowadays, you can find them in supermarkets. 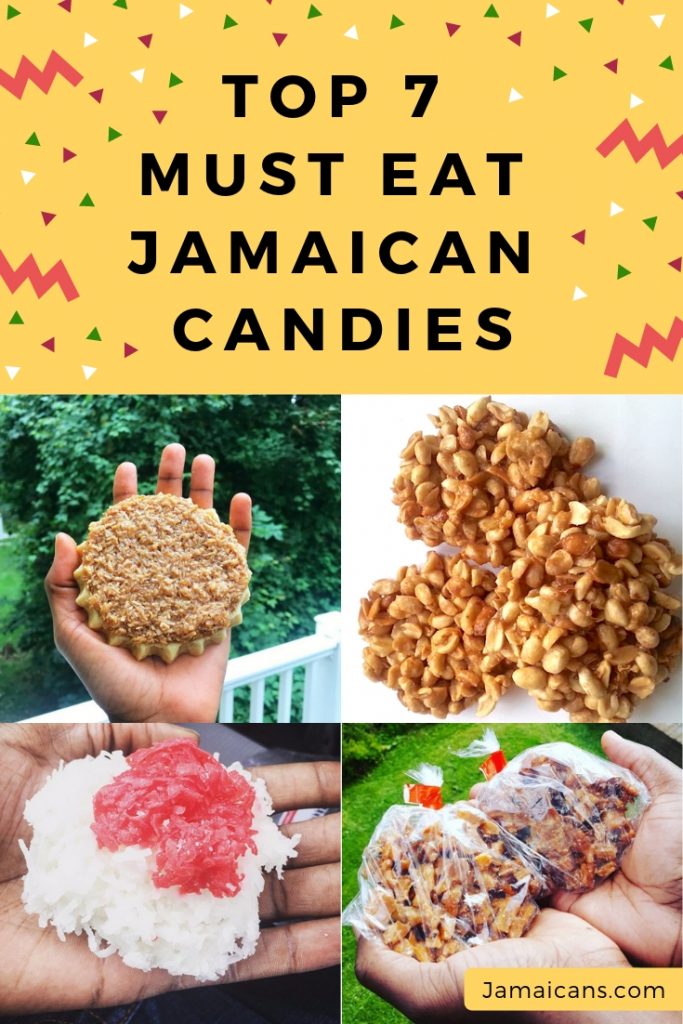