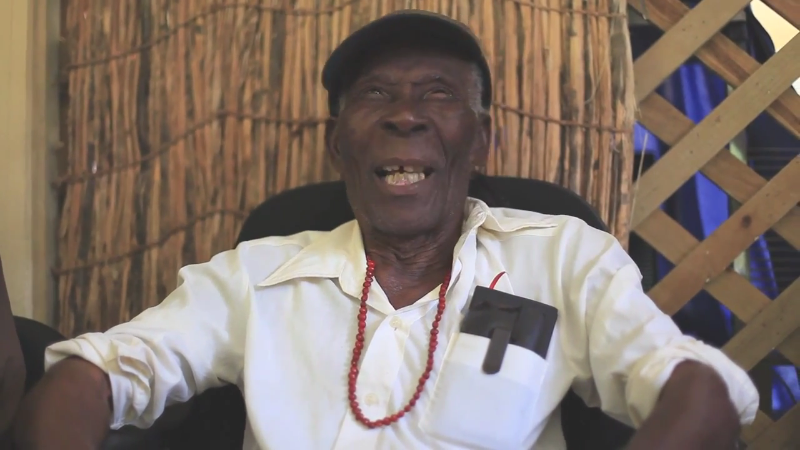 The Kromanti language is the mother tongue of the Jamaican Maroons. The Maroons are descendants of slaves who escaped to freedom from colonial servitude and formed their own independent communities in the 17th century. The language thrived in these communities and only began to diminish in usage in the early 20th century. It is generally spoken now only by elders in Maroon communities.

Kromanti is one of the three languages of Jamaica and belongs to the Akan language group, which includes Fante, Asante, and the Twi family. The Asante language is spoken in Ghana’s Ashanti region. Kromanti is similar to the Creole languages spoken in Suriname. In Jamaica, it is spoken by the Maroons of Moore Town, Charles Town, and Scott’s Hall. The nature of Maroon society has been described as “secretive,” an element that has been cited as the chief reason for the demise of Kromanti. The language is currently used mainly In special ceremonial situations known as the Kromanti Play. The ceremony addresses Maroon ancestors and invokes ancestor spirits through dances, songs and specific types of drumming. Many of the Kromanti leaders had names that originated in Akan culture.

The Maroons of Jamaica live in the Blue Mountains and the John Crow Mountains in the eastern part of the island. They are the descendants of communities formed by runaway African slaves who were forced to work on sugar plantations beginning in the 17th century. The West African language of Kromanti survived in these isolated communities. It was used for regular everyday communication until the early 20th century, after which its usage was limited to religious and ceremonial activities. Below are seven interesting things to know about Kromanti.

2. The language of the Kromanti Play is the most distinctive feature differentiating the Maroons of Moore Town from non-Maroon Jamaicans.

3. In 2003, UNESCO designated the Maroon Heritage of Moore Town as one of the Masterpieces of the Oral and Intangible Heritage of Humanity.

4. The name “Queen Nanny” comes from the Kromanti title “nana,” which is given to chiefs.

5. The name “Kromanti” references a place of departure and was once a catchphrase to denote the area in which the nation of Ghana is now located. When speakers in the 17th and 18th centuries said “Kromanti,” “Comantins,” or “Comantyns,” they meant Ghana/Gold Coast.

6. Among speakers of Kromanti, the Akan language naming conventions are used in which children are named for the day of the week on which they were born.

7. Among language researchers, Kromanti has been categorized as a ritual language used by no more than a few dozen elderly individuals in Moore Town, Portland, Jamaica.