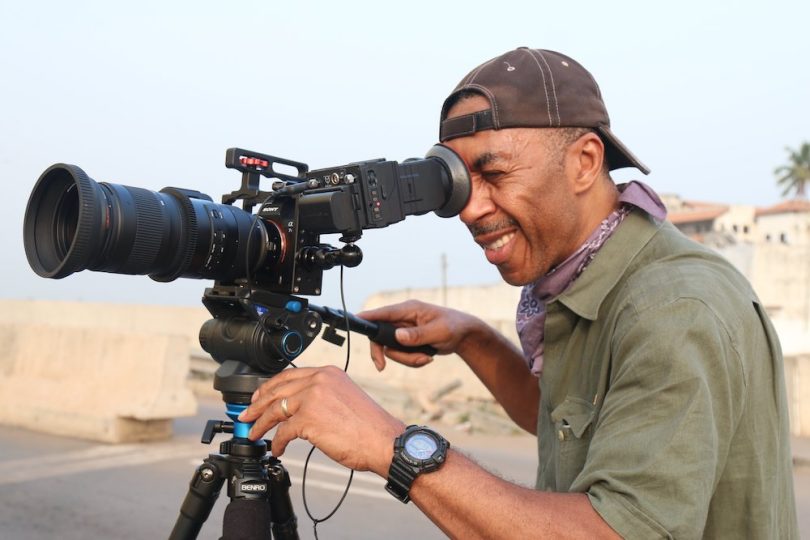 Roy T. Anderson is a Jamaican-born, U.S.-based stunt coordinator/stuntman, actor, and filmmaker. He is the producer of two award-winning documentaries: Akwantu: The Journey (2012), and Queen Nanny: Legendary Maroon Chieftainess (2015). Jamaicans.com recently sat down with Roy T. Anderson to discuss his career and the film.

How did you get started in the TV and film industry?
Back in the summer of ’81 they were filming a movie starring Michael J. Fox at my high school in Toronto that a friend of mine was working on. One day, he called me to say they were looking for background extras. I didn’t believe him at first but I showed up and got hired. Eventually, I got to say some lines and even did stunts for the first time.

During a 10-day training camp, I was coached by Terry Leonard, one of the top stunt coordinators in Hollywood at the time. He encouraged me to pursue stunts but said to take care of my education first. That’s exactly what I did.

What have some of your most interesting projects been?
Too many to count (laughs). I remembered doing a driving gag where I doubled Ray Charles on a show called “Super Dave Osbourne”. The star was playing a trick on Ray Charles, who was driving his car based on the memory of his last visit to Super Dave’s house. He ended up parking the car in the bedroom thinking it was the garage.

I also remembered a show that I did in 1995 called “Gang in Blue”, which was my first action show as a stunt coordinator. Melvin and Mario Van Peebles were the directors. I learned so much from them and they really had my back. I had the same experience on another film that I coordinated called “Against the Ropes”. Big props to Charles Dutton, the director. 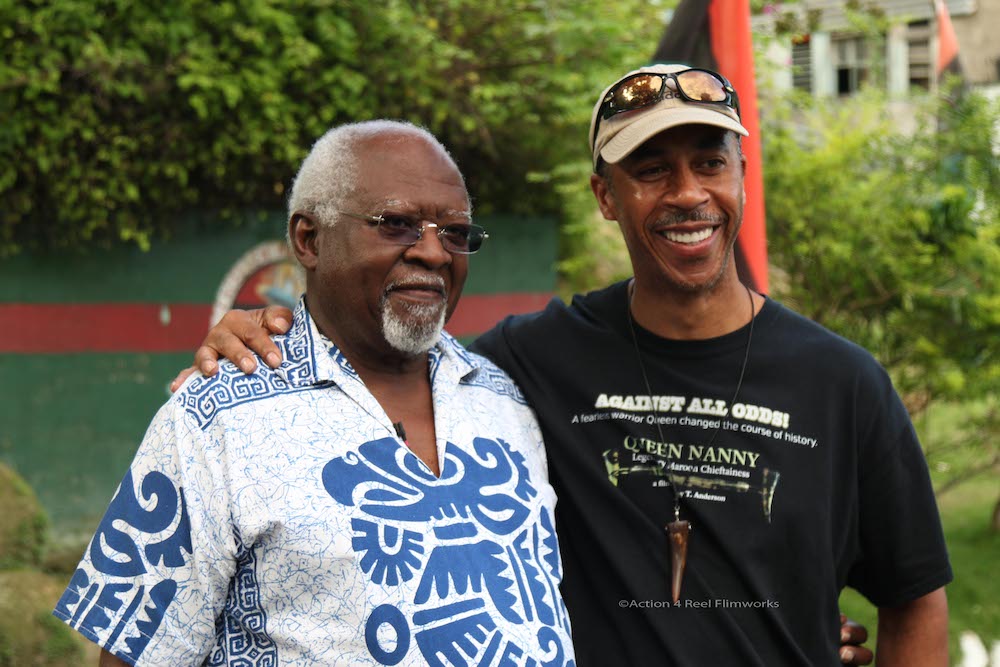 What made you decide to start producing your own films?
It’s definitely not something that happened by design. I’ve always had a curious mind. Back in 2007/8 I was watching all these shows about tracing your roots and it kinda lit a fire inside of me. What started out as a simple genealogy project morphed into me presenting a general history of the Maroons of Jamaica – from whom I am a proud descendant.

I had no experience producing and directing films but I drew on my contacts from my many years in the industry. They were all my coaches. So, I did my first film “Akwantu” and I was hooked. Then came “Queen Nanny”. I was learning a lot and getting better at the kraft. Also, to bring the resistance history of our people to the screen was truly gratifying.

What has been the most challenging aspect of film production?
All the films in my trilogy have been self-funded. Don’t get me wrong I have received some assistance along the way, but for the most part it has been all out of pocket. Lots of blood, sweat, and tears. My wife has been very supportive for the 12 years of the journey but, as I’m getting older, I’ve realized this is not sustainable. As I continue to pursue stunt work, on the filmmaking track I am now presenting myself as a “gun-for-hire”. 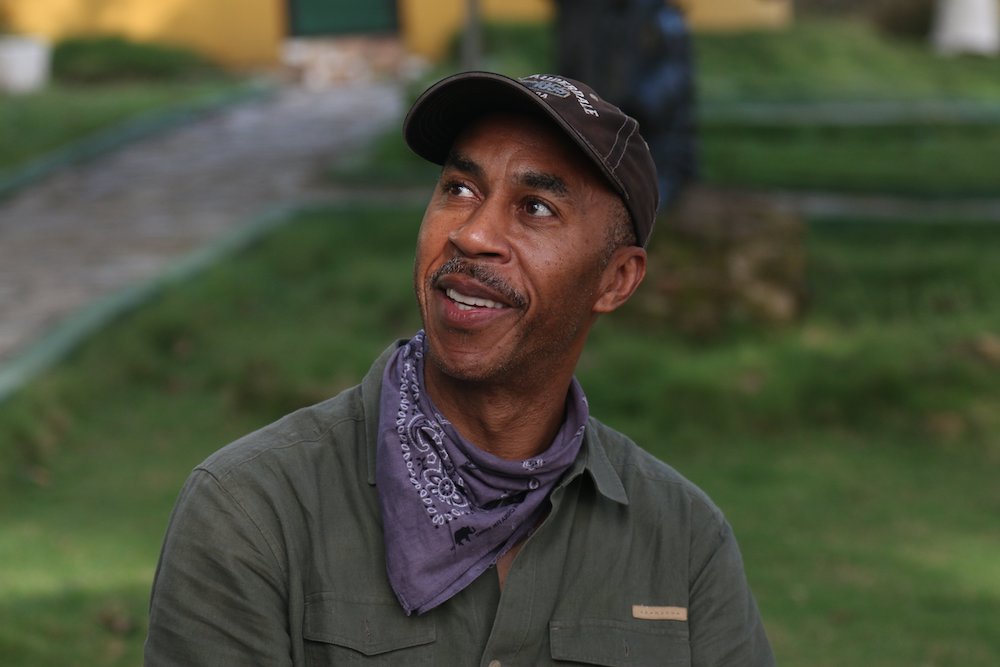 What inspired you to produce “African Redemption: The Life and Legacy of Marcus Garvey”?
I took up the challenge to present Jamaican’s first National Hero in a way he had not been presented before. Yes, I know he is a controversial figure but he’s also human with frailties like all of us. That is what I hoped to capture, while at the same time showing his tremendous accomplishments. At the end of the day, I want the film to form a sort of framework from which to encourage more robust discussions. And no, I will not shy away from saying I hope this 85-film will be the most definitive telling of his life story to date.

What approach did you use to bring Marcus Mosiah Garvey’s story to life?
I definitely wanted to humanize the man. As the adult Marcus Garvey, our actor Paul Williams did an excellent job with his onscreen persona and mix of voiceovers. Add to that the extraordinary soundbites as expressed to us by noted Garvey scholars, public officials, and other prominent personalities. It was my aim to make this film not only a stunning visual piece but also a classic study in one man’s desire to emancipate himself and to use all the tools at his disposal in pursuit of that undeniable human need for freedom and liberty. 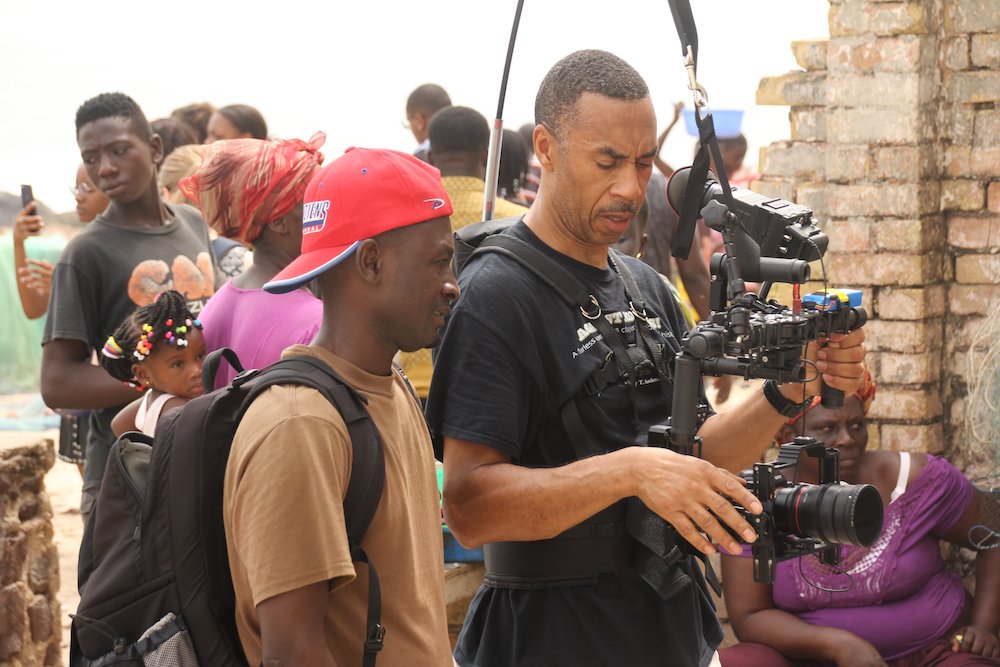 About the Author
Ann Thornley Brown is a Jamaican-born, Toronto-based team-building expert, actress, and writer. Her consulting firm Executive Oasis International specializes in the design and facilitation of executive retreats, team building, and virtual team building. She recently appeared in the Netflix series, Self-Made: Inspired by the Life of Madam CJ Walker.

Anne has blogged for major portals including HuffPost, Event Manager Blog, and Cvent.

She is seeking a literary agent and publisher for her historical fiction, A Chesterfield Caress, inspired by the relationship between two of her ancestors: an enslaved biracial woman and a Lancashire bookkeeper.