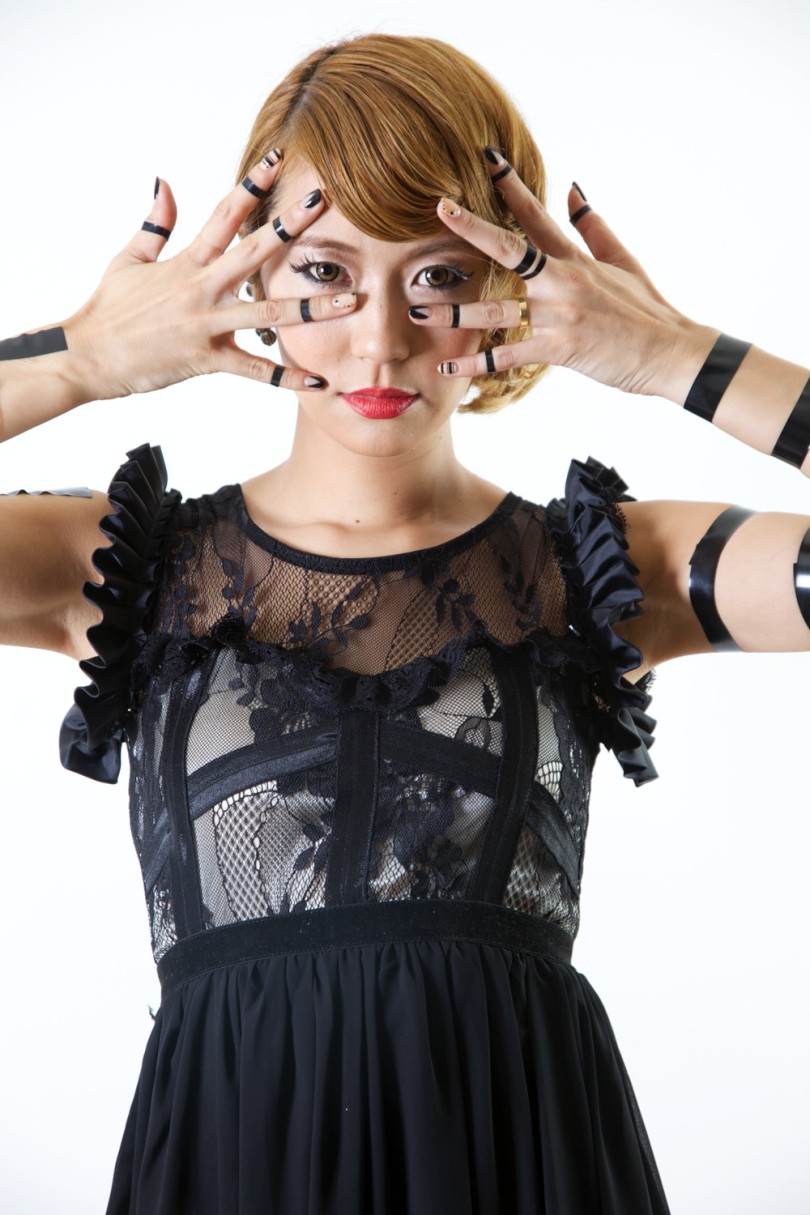 Akane is one of a few female Reggae dancehall singers based in Japan. She has been performing throughout Japan over 10 years with her original style of the combination of singer and deejay style.  Touring all over the Japan and her first solo live was a big success. Not only in Japan, but her works reached in Jamaica and released songs called “Hold me” featuring Busy Signal has been playing on the radio in Jamaica such as, Irie FM, Zip FM and etc. Her 3rd album called “D” also made the strong impression in overseas from the songs she did with Jamaican producers. In 2012, she has moved the label called Magnum Records which is the Japanese Genius Deejay Rudebwoy Face’s label for another challenge and Akane is ready for 2013. Japanese Reggae Dancehall

Tell us about your background and how did you get started in reggae music?

All of my friends love music and they were also doing music. That got me slightly interested in music however at the time I was shy about singing even when my friends asked me to sing. I moved to Australia and then Canada, and while I was there I started writing lyrics. When I got back to Japan I then started to sing. This was at the age of …..

After few yrs I signed with a major record label and dropped 3 albums.

Currently, RUDEBWOY FACE have started his label called MAGNUM RECORDS and Me and RUEED joined it.
Tell how about your song “Rude Gyal”? Did you write the song? What was your inspiration to write the song?

I don’t actually remember when was the first time I heard dancehall music but I know that when I heard it I fell in love with the music.
I’m so in love with dancehall music that I wanted to create something of that style to bring to my Japanese people so that they can also enjoy and dance in the way that Jamaicans dance to dancehall.
That is what inspired me to write rude gyal, the love for dancehall and the ability to share it with the people. I have made it so that Japanese can understand however I have mixed in a verse in patois because the song wouldn’t be legit without since at the end should be some patois.
When can we expect your album to be released?
Early 2016、

What is the Japanese reggae scene like?
Well the biggest music genre in Japan is jpop, however reggae and dancehall is becoming very popular and is having a big impact on the Japanese population、

What was the first Reggae song you ever heard?
General Degree – Pianist

I know its dancehall music tho…
But i was so dancehall person ..lol

Who and what are your influences?
Lauryn hill , Missy Elliot, Lady saw、Producer Dave Kelly、and My friends lol

Was the fact that Reggae is English and Patois a barrier?
Honestly Yes it is. But once we listen carefully and look up the lyrics then we are able to understand and appreciate the music、
and people can understand the melodies are great Even if they can’t understand the language well.

If someone traveled to visit your Japan and wanted to hear reggae music where would they go?
They could definitely go to the clubs and also there is a huge reggae festival during the summer time here in Japan 😉

Who is your favorite Reggae Artist?
My favorite reggae artist is Tarrus Riley and Beres Hammond.  Dancehall artist is Vybz Kartel、

In some countries you might see people wearing a Jamaican-style hat with fake dreadlocks attached when they attend reggae concerts and other events. Do you see anything that you see in Japan?
Lol.. oh yes I do see these things sometimes、

Have you ever been to Jamaica?
Yes. I have been about 20 times

Do you have many/any Jamaican people living in Japan?
Not a lot but there is a small population of Jamaicans living here、

Do you eat Jamaican food?
Yes.

Like what?
I love Jamaican food especially curry chicken. I have also learned how to make it myself、