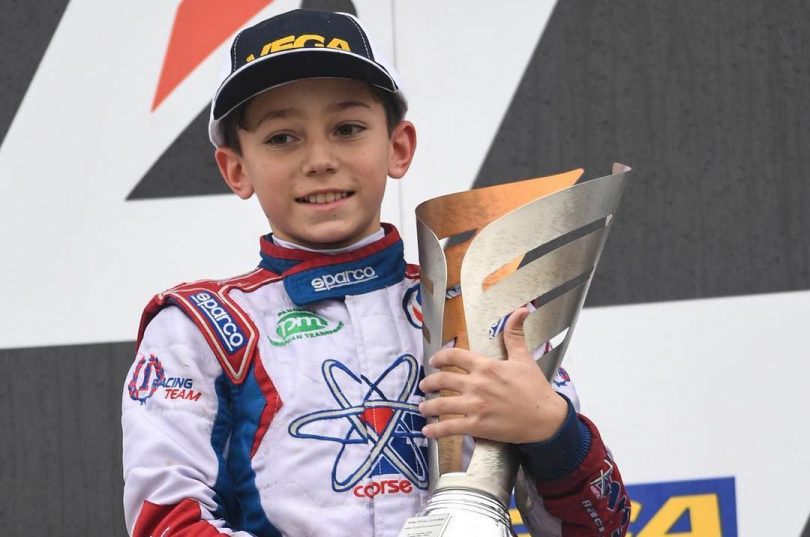 History was made for both Jamaica and Formula 1 racing when Alex Powell, age 11, became the first driver from the Caribbean to sign on with a Formula One (F1) team. The official announcement concerning Powell was made by Mercedes-AMG F1 on March 4, 2019, with the introduction of Powell and Andrea Kimi Antonelli, his former Energy Corse karting teammate, as the two youngest members of the Mercedes junior program. Powell’s father, Jamaican rally driver John Powell, said it was a “proud day for Jamaica and the Caribbean.”

Alex Powell, whose cousin is Jamaican Olympic athlete Asafa Powell, grew up around his father’s rally car, also watching John’s colleagues Doug Gore, Jeffrey Panton, Gary Gregg, Kyle Gregg, David Summerbell Jr, and Peter Rae. Alex says his favorite F1 drivers include the Mercedes-AMG current world champion Lewis Hamilton and Max Verstappen of Red Bull. Hamilton has roots in Grenada through his grandparents, but was born and grew up in Britain. John Powell noted that his son’s signing is special because Alex was born in Jamaica and began racing locally before going to Europe to compete.

Alex understands that being signed by one of the greatest brands in racing means that he must perform consistently at a very high level, his father said. Alex was very happy and excited about the signing, and one of the first things he said was ‘Dada, this is going to be a lot more pressure on me and the team as a whole.’

While Stephen Gunter, the president of the Jamaica Millennium Motoring Club, was aware of the Powell signing since December of 2018, he was asked not to discuss it until the official announcement was made by Mercedes. Gunter described Alex as “very, very fast and always in contention” for a place on the podium in any race he enters. He went on to say that everyone looks forward to the increased attention Alex will bring to motorsports in Jamaica, particularly the karting program which is where the next generation of drivers will come from. Joel Jackson, a local driver who had participated in the Formula BMW’s Development Series in 2006, said Alex will face early exposure to professional motorsports on a team that has never had a Jamaican member before. This represents a great opportunity for Alex and for other young people in the Caribbean who want to do the same thing, Jackson noted.

Alex Powell plans to continue karting with the Energy Corse team, progressing through the karting ranks. He is currently in the mini karting category.